Letter: I’m Voting NO to BDS because it doesn't actually help Palestine 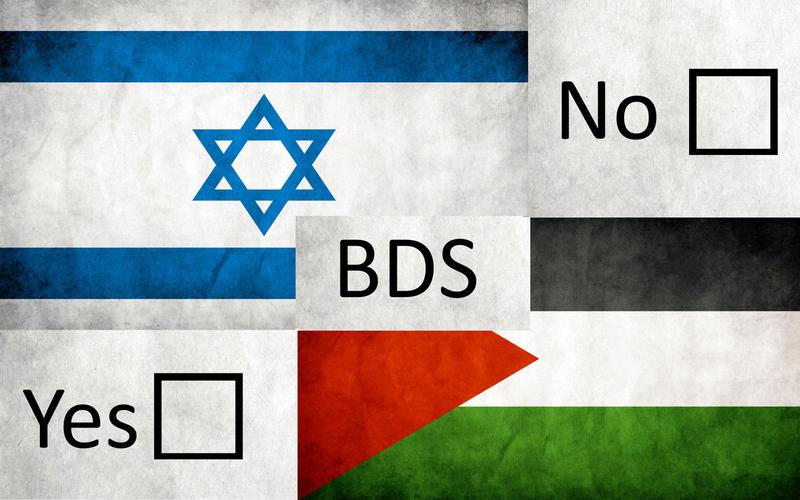 I am pro-Palestinian. I 100 per cent believe that Palestinians have the right to self-determination and, most importantly, their dignity — which as of right now is unfortunately not always the case. I am also vehemently opposed to BDS. Now you may ask how could someone claiming to advocate for Palestinian rights be opposed to a global movement whose sole purpose is to bringing these rights to fruition?

In 2015, I went to study in East Jerusalem — or “the occupied territories” — and took a Hebrew class where half of my classmates were Palestinians who did not have Israeli citizenship and many of whom were on scholarships thanks to the Israeli government. I got to know one of them quite well — a kind young woman. We got along seamlessly, often distracting one another in class with funny doodles and always helping each other out with homework or studying for the upcoming test.

I learned a lot from her, about her family, about her culture and about the many aspects of Palestinian life that have nothing to do with the ongoing conflict, which is something us outsiders often forget. My newfound friend, who lives in Ramallah, had invited me to try “the best shawarma in Ramallah” with her. Our conversations were always lighthearted, honest and eye-opening despite sometimes uncomfortable content.

I learned that many Palestinians are against BDS. In fact, it actually harms their economy substantially more than Israel’s economy. However, when I tell people these facts, many of them still state they support BDS because “it’s the thought that counts.” Bassem Eid, a Palestinian activist who campaigns against BDS, was booed off stage in South Africa. Who are we as privileged Canadians to be taking away jobs and victimizing people who we claim to want to help, yet go against what they support?

Which leads me to my next point — BDS is NOT a pro-Palestinian movement, but rather an anti-Israel movement and no, those do not come hand-in-hand. Instead of divesting from absolutely anything that has to do with Israel, we could be putting forward a referendum to invest in Palestinian companies. This would actually help the Palestinian economy, as well as provide dialogue and the dignity that Palestinians deserve.

BDS promotes hatred and division. Instead, we should be coming together to find peaceful solutions and promote dialogue to actually help find a viable solution. By tearing Israel down, we increase tensions when what we should really be doing is bringing Palestine up and the exclusion of the Israeli narrative is not the way to help.

I understand and even commend those who want to bring justice where it is needed, but BDS is not the way to do so.

Because of the aforementioned reasons, I will proudly be voting NO to this week’s referendum, and will continue sipping on Coca Cola while donning attire from Mountain Equipment Co-op and Victoria’s Secret — all companies which the BDS movement boycotts. I will promote meaningful dialogue and coexistence, not prohibitions and divisiveness.

Adi Pick is a third-year student and member of the Progressive Jewish Alliance. The opinions expressed represent her own views.