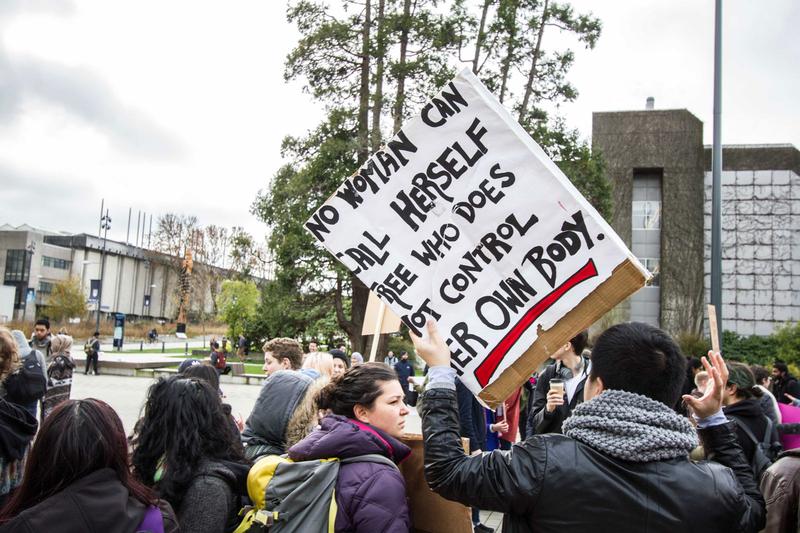 This letter is in response to a previous article published by The Ubyssey called, “UBC fails to make campus a safe space in allowing graphic anti-abortion posters.”

Recently, the Genocide Awareness Project (GAP) staged their annual anti-abortion protest at UBC.  The protest causes controversy throughout campus every year with many strong dissenting voices among students and faculty. However, a worrying trend has begun to take root.

Rather than presenting counter-arguments and opposing views, some members of our community have advocated that the GAP should be banned from staging their protest. This is nonsense. Not allowing the GAP or any other organization with controversial views to protest would be a direct assault on all of our rights to free speech.

I believe anyone should be permitted to express their thoughts without fear of censorship from their government. A case akin to our own at UBC took place in 2012 in Cape Girardeau, Missouri. The American Civil Liberties Union, a nearly 100-year-old civil rights organization, defended the Ku Klux Klan in a lawsuit over their right to distribute flyers. The views of the KKK are atrocious, yet they retain the same rights to free speech as everyone else. This holds true for the following reason — so that one day a person or group that has a genuinely important message may not be censored by those who do not agree with them.

Recently, groups like Black Lives Matter have been tarred by the Republican Party in America with labels like “thugs” and “terrorists.”  If the Republicans — poised to assume to control in Washington — act as some would have our government/university act against the GAP, then BLM’s right to protest would be under serious threat by being labeled as “offensive.” We must not establish the precedent in our own country that opens the door to a situation like this.

We all attend one of the best universities in the world. So I say let them bring their distasteful and deplorable ideas to UBC so that we may crush them under the combined weight of our superior intellect.

Chase Kelliher is a second-year student in the faculty of arts.