Letter in response: UBC shouldn’t be a safe space 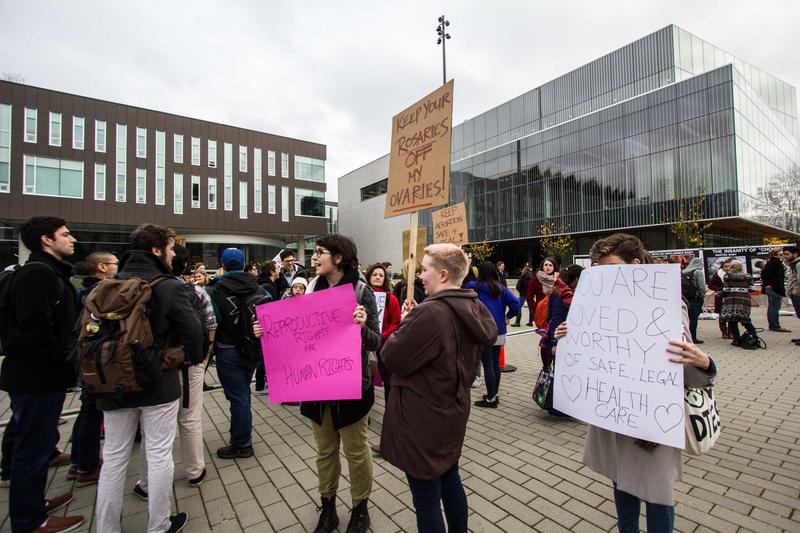 This letter is in response to a previous article published by The Ubyssey called, “UBC fails to make campus a safe space in allowing graphic anti-abortion posters.” I welcome your letter on safe spaces at UBC, but I must reject the premise.

You may believe that the Genocide Awareness Project is hateful — and that is your right. However, hate has an extremely specific legal definition and it doesn’t include views that are disagreeable. Graphic content exists in our movies, TV shows and 24-hour cable news networks — it’s something we deal with as a society, not ban outright.

Your example of UBC seeking charges against a student who burned a pride flag is irrelevant in this case. They were charged with “mischief causing damage of property with a value of under five thousand dollars” — not a hate crime. Although I disagree with the actions of the student who burned the flag, I welcome anti-LGBT speakers on campus. I have faith that the overwhelming majority of students will simultaneously speak-up against hate and protect freedom of speech.

I’m a pro-choice student and I think this protest is disgusting. However, UBC is a leading university and we didn’t get there by banning viewpoints that are in opposition to ours. As a society, we are committed to free speech, no matter how controversial or “triggering” the topic is. UBC isn’t a safe space — it’s dangerous. And that’s how it should be.

Ranil Prasad is a first-year student in the faculty of arts.