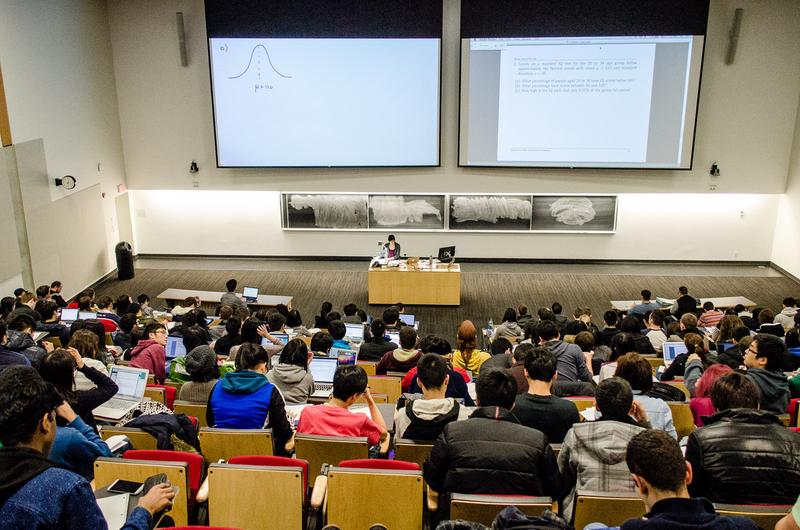 “Introverts, like me, would prefer to sit at the back of the class and mimic others, but only insofar as bobbing my head in sync.” File Steven Durfee

“Participation will account for 10% of your grade this term.”

That’s the standard line of any Arts class syllabus, as jarring as it is to an introvert.

More often than not, discussions about what a literary work is really about, actually implies or covertly suggests are encouraged and lauded as critical thinking.

Analyzing literature, especially verbally on cue, comes naturally for some, but painfully so for others.

I often sit there watching silently, listening attentively and nodding quizzically at the conjectures that I suspect the writer him/herself would be surprised to learn.

Enforced participation is discrimination against the reticent — to further marginalize the silent. It is a regrettable case that active participation is only accepted in the form of flamboyancy and theatrics. In our country, the silent majority’s vote, ultimately, still weighs the same as that of an outspoken advocate’s, though discrepancies in influence do exist as a result — so one may counter that the silent ought to reap what they sow. Fair enough.

But hold up, those who don’t or can’t speak up in class have already gotten their fair share of punishment. Professors seldom get to know them well enough, meaning little to no chance of reference letters will ever come to pass.

Come on, that is sad enough — no need to deduct more marks off hard-earned grades that may just be the only redeeming feature of introverts flailing in our frenzied society of thirsty networkers.

A common answer I hear when students question professors’ competency in teaching is that their value really lies in their research. If that answer is fair, then university students’ active involvement in the class material should be evident enough through quizzes, tests and papers — and therefore, not necessarily vocal input. After all, we aren’t in speech & drama class.

Those who are diligent, but reticent; insightful, but not vocal; or want grades, but care not, all simply end up raising their hands to either say they agree and proceed to parrot others or spew out anything at all to make it look like a contribution.

Incentivizing students to talk with supposedly “easy marks” when there is nothing to be said only provides a fertile breeding ground for vapid commentary followed by seamlessly courteous duets of affirming one another.

Communication is certainly crucial, but there is a time, a place and a personality for it. Introverts, like me, would prefer to sit at the back of the class and mimic others, but only insofar as bobbing my head in sync.

“Video et taceo (I see and remain silent).” The foremother of the British Empire, Queen Elizabeth I, often governed so — yielding when necessary: a delaying tactic instrumental in letting the English-speaking world gain its initial foothold.

As above, so below — why not let inclined minions follow suit? Non-action is not necessarily being inactive, but merely not untimely forcing something. To keep silent also gives space and lends an ear to the expressive ones who ought to have an audience. Is that not active participation?

Remember, we can’t all be the prime minister. The spotlight is designed for the ones who have a penchant for performing, for those who relish public speaking. Such a person would be one of those who helps the instructor sustain a long-running dialogue in the classroom, effectively rendering it a student-centred environment that is very much in vogue nowadays, though I have my objections, but that is beyond the point. Regardless, the rest of the students should also be recognized for taking part in the picture just like how commoners, who mostly keep mum, all the while remain active participants in society by simply being critical listeners.

Reflective silence is, however, penalized time and again in an academic setting that is purportedly inclusive. In this day and age where progressiveness entails embracing everyone for who they are and want to be, care to let the ostensibly mute rightfully join the band of peoplekind?