Letter: Want to strengthen your ideological opponent? Try silencing them 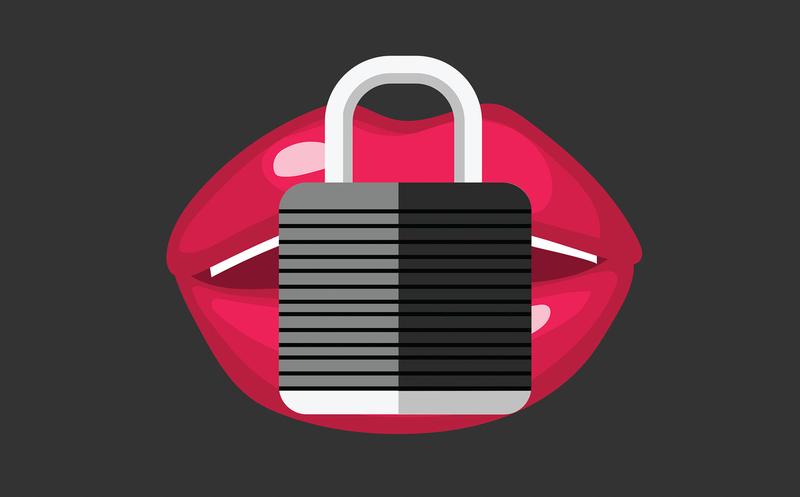 If you are paying attention, you may have noticed that the current hyperbolic and divisive political climate is reaching into the UBC campus. In a mess of ad hominem, emotion and condemnation, the nuance of political discussion has been thoroughly hollowed out. Pronounced polarization between artificially oppositional groups sees political discourse on university campuses reduced, limited and at times, altogether silenced. The rhetorical climate suffers because of this.

The reaction to this is, of course, the formation of UBC’s newly established Free Speech Club. Emerging from the ruins of botched attempts to engage in critical dialogue, the idea of free speech attempts, in theory, is to address gaps in sociocultural and political discourse, and at the very least, hear the “other side.” While the notion of free speech often elicits images of ultra right-wing conservative pundits, perhaps it is worthwhile to consider free speech an issue transcending of the left/right divide.

After experiencing the fallout and shock enabled by social media and university campus echo chambers on November 8, it could be time to engage rather than demonize or dismiss one’s ideological opposite. Collectively, the election results should signal an absence of dialogue in an institution intended to house contentious and disruptive competing ideas. If you are not paying attention, universities across Canada and the United States are being confronted with reactionary measures taken by those who feel their right to free speech is impeded upon.

We are seeing a collapse in dialogue between increasingly intolerant political opponents as a narrative of “martyrdom” on behalf of free speech proponents remerges alongside the narrative of “bigotry” expressed on the left. UBC is not removed from this context and while the campus has not been as visible as the University of Toronto in this regard, measures are now being taken to address the growing dialogical gap.

On November 8, members of UBC’s newly formed Free Speech Club sold “Make America Great Again” headgear outside the Nest. The red hats are regarded by some as a symbolic marker of racism and xenophobia, and thus sparked passive condemnation from observers.

While club members distributed a hat imbued with support for the most political diverging ideologies in American political history, the group itself claims to be apolitical. How exactly does this work? According to a club executive, members themselves did not fully understand how this could be possible. The answer lies in the distinction, or lack thereof, between culture and politics. Noticeably, the United States election was one of the most culturally-significant events in history. Every political position available within the political discourse occurring in the election is simultaneously loaded with cultural implications.

Therefore, the Free Speech Club sees their existence as apolitical, but not acultural. The distinction is drawn from their overarching opposition to “political correctness.” Keeping in mind that the debate on the merits of political correctness itself is indeed polarizing and subject to oversimplification and moralistic ad hominem attacks, the PC vs. anti-PC discourse is still a field for prejudice to be given a platform. However, opposition to political correctness has been ritualistically dismissed as a desire for the right to public displays of ignorance which, in the light of recent events, can only be understood as strengthening resentments towards PC culture.

The UBC Free Speech Club defines itself as “apolitical and committed to cultivating an open dialogue on campus, where arguments are made with wit and reason rather than rhetoric and personal attack. We cherish a diversity of opinions and seek to promote an open debate stage where political correctness no longer holds sway.” So is it that radical that students spanning the political spectrum wish to seek intellectual refuge from the rigidity of PC standards?

Concerns about the club being a space of refuge for right-wing conservatives clouds the possibilities for their aim in facilitating reasoned political debate, unimpeded by the restraints of political correctness. It is not untenable to suggest that the club could in fact disrupt the homogeneity of opinion being entertained on university campuses. While it is unlikely that conservative beliefs are in fact being silenced on campus, the very idea that discourse is being stifled should concern all of us.

There is so much to be gained from constructive, challenging discussion. One thing I have discovered in my time at UBC is that you are only truly confronted with the integrity of your position once you have been adequately challenged on the fundamentals of your beliefs. You learn the most about what you believe when you are asked to support your ideas in the face of opposition. While students may feel they are opposed in their beliefs on a nearly constant basis, I think the benefits for challenging and uncomfortable political discussion outweigh the drawbacks. If you are at university to self-actualize, as I presume many of us are, there is value in embracing and interrogating the nuances of political discussion that fit less neatly into conveniently constructed left/right borders.

If a free speech club on campus intends to facilitate a discussion between diverse ideas, to see which beliefs hold weight and which argument is structured coherently, it is both dangerous and necessary. I say this because it is more dangerous to stifle or ignore divergent perspectives, as we now know this only bolsters resentments and heightens extremism.

Perhaps it is time to rethink reductionist categories like “right and left” as they are used to create silences in communication and regulate discourse. UBC’s Free Speech Club could in fact work to reconfigure political lines or strengthen tired and discriminatory groupthink, but the point is that a university campus donning the slogan being “a place of mind” should be open to the former.

In a letter to the community in 2009, former UBC president Stephen Toope wrote, “For a university, anything that detracts from the free expression of ideas is just not acceptable. Forms of speech should not be banned simply on the grounds that they are ‘offensive.’” And thus, judging by the social conscience exhibited by the majority of students on campus, the latter possibility — discriminatory groupthink — would in fact be thoroughly exposed and extinguished should it occur. Infusing the political discourse on campus with nuance and critical examination may in fact lessen the tension between oppositional groups, and provide space for the complex and messy arena of ideology to undergo reconstruction. Our ideological commitments deserve interrogation. That is, in part, why we are here.

The worry that this letter when it is read will either be interpreted as right-wing apologetics or a willful left-wing mischaracterization of the club, depending on which prism one chooses to view the world through, is a symptom of the very problem that needs to be addressed. Whether or not UBC’s Free Speech Club is the correct way to go about addressing it, is another question.