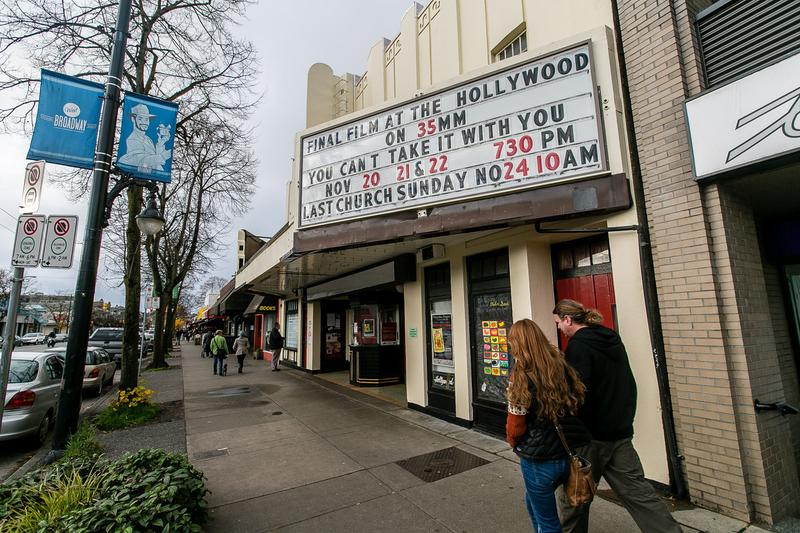 Gabriel Germaix recently wrote about the decline of one-screen cinemas in Vancouver, an article I largely agree with (except perhaps the notion that artistic films are “less visual”); but the piece also gave the impression that foreign, indie and arthouse films largely don’t play in Vancouver, which is simply not true. The problem isn’t that these films aren’t screened at all, it’s that they don’t screen for very long.

The two major sources for such films in Vancouver are Vancity Theatre (associated with Vancouver International Film Festival) and The Cinematheque. The latter plays a few new releases a month, but is more of a go-to for retrospectives on notable auteur directors (there’s an upcoming one on Hou Hsiao-Hsien) and older restored classics than it is for new releases. Similarly, Vancity Theatre plays a number of older films, but also has a wider selection of recent indie, foreign and arthouse films (it also has large, plush red seats with tons of leg room).

Just counting 2014 submissions (not nominees) for the Best Foreign Language Film Oscar alone, Vancity Theatre played, or will play, at least five: Ruben Östlund’s Force Majeure (Sweden), Lav Diaz’s Norte, the End of History (Philippines), Nuri Bilge Ceylan’s Winter Sleep (Turkey), Xavier Dolan’s Mommy (Canada), and Pawel Pawlikowski’s Ida (Poland) -- not a great number, but certainly not as dire as one might be led to think. The rest of their programming is also extremely varied, ranging from the acclaimed Australian horror film The Babadook, to the low-budget mindbender Coherence, to animated films such as Studio Ghibli’s The Tale of the Princess Kaguya and The Irish Song of the Sea, not to mention wide-ranging documentaries such as Particle Fever, Nick Cave: 20,000 Days on Earth and Finding Vivian Maier.

All this is to say that they show a lot of films, especially ones of the type that don’t play in larger theaters. The problem is that, since these films largely screen over a short period of time (sometimes one week, often even less), by the time you’re aware of the film, it’s come and gone; or because there are so few screenings, it’s hard to fit one in to your schedule. It isn’t that they aren’t there, it’s that they aren’t there long enough for people to be aware of them.

Even at Fifth Avenue Cinemas and Cineplex Odeon International Village, which can typically be counted on to play such films for longer periods of time, less marketable films like Jonathan Glazer’s Audacious, borderline avant-garde Under the Skin, James Gray’s sideline period piece The Immigrant, Laura Poitras’ Snowden documentary Citizenfour face the same problem, and even more unexpected films like Ann Hui’s The Golden Era (Hong Kong), playing for at most two weeks before they are gone. The problem is compounded at places like the Rio Theatre, which screens new films even more sporadically, as it mixes live shows and older films into its programming (notably, it is currently screening The Interview, though only three times this month), but was -- for a few weeks -- the only screen in Vancouver to play Frank (the film where Michael Fassbender wears a giant fake head).

The larger point is that alternative film programming does exist, however rarefied; and while Vancouver certainly can’t match New York or Los Angeles or even Toronto for sheer diversity of new (and timely) releases, it’s definitely not a cinematic dead zone. One just has to look a little harder, otherwise it could very well be.