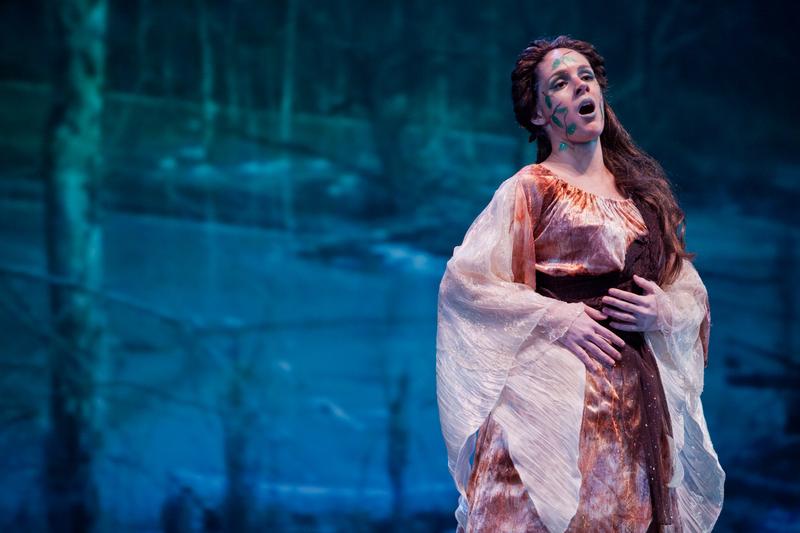 Opera is definitely an under-appreciated art form that needs to be brought back with a vengeance. I am no party animal per se, but I know that nothing brings people at social gatherings together quite like belting out a number from La Bohème or Carmen does.

As students we are incredibly lucky to attend a university with a strong performance arts program and attending a UBC Opera performance is not only cheap ($15 for students!) but it's also beautifully enlightening. If you have three hours to spare this weekend I suggest you check out The Marriage of Figaro.

Drinking expired eggnog. Drowning while being eaten by a shark. Slamming my finger in binder rings. These are just a few of the things I'd rather do than go to the opera.

Don't get me wrong, I enjoy antiquity from time to time, but usually it's in the form of Greek philosophy or lighting fires. I enjoy music -- and I'd probably actually be down to listen to the orchestral aspects of opera on their own -- but the long, drawn out vocalizations of Italian vowels makes me want to retort with an equally long, drawn out "Vaaaaaaffaaaaancuulooooo."

I may be disrespectful. I may have no taste. But at least I'm, unlike most of the people who go to the opera, honest.

As the Sports and Recreation Editor of UBC’s official student newspaper, my opinion on all things arts and culture should not only count more than my peers, but should be the official stance of the university and Vancouver as a whole. That said, I believe that it is a damned shame indeed that UBC Opera has put on exactly zero -- count ‘em -- zero productions starring Bugs Bunny dressed up like a real composer.

Opera gets a bad rap from kids nowadays (kids meaning anyone born after 1800), though it doesn't really deserve it. Opera is a diverse genre that is home to some of the most technically and artistically proficient musicians and singers of any type of music. UBC is playing host to one of the most famous operas of all time this week, and its low price and beautiful venue (the Chan Centre) is as good an opportunity as any to dip your toe in to a whole new world of music.

It's a little hard for me to give much of an opinion on the opera -- my knowledge of the genre comes exclusively from the scene in Quantum of Solace where Daniel Craig breaks a door handle and some bad guys disrespectfully ignore the performance they are attending. However, from what I can glean from that it seems an extremely potent art form, it also provides the backdrop for a good scene in an, otherwise-below-par, Bond film.