Op-ed: BDS will bring bigotry, hatred and even violence to UBC 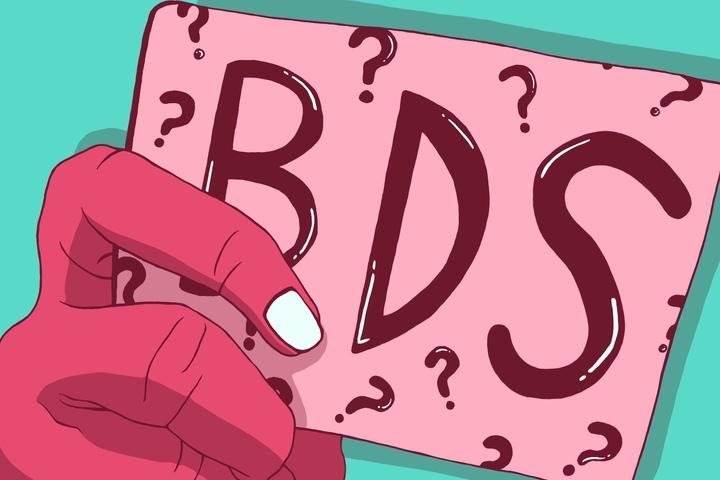 Correction: A previous version of this article said that a student politician at McGill University never apologized for his “punch a Zionist” comment. However, the student did apologize on Twitter as mentioned in this CBC article.

I usually walk around campus at night with my headphones in, music blaring, staring at my phone. I’m a big guy and usually feel comfortable enough on campus to be plugged in, even in poorly lit corners of campus at night. I know this is a privilege that many people don’t enjoy.

Today, I don't walk around with headphones in. I don’t look down at my phone. I don't stay at the office late or take the bus home at night. The last time I felt this unsafe on campus was in my first year when the anti-Israel BDS movement — boycott, divestment and sanctions — arrived at UBC. Now it's back.

Pending a court decision, there will be an AMS referendum to vote on the BDS question April 3 to 7. If you want to keep campus a safe and welcoming place for all, vote “no.”

According to their website, the BDS movement is “a Palestinian-led movement for freedom, justice and equality. BDS upholds the simple principle that Palestinians are entitled to the same rights as the rest of humanity.” The movement claims that the boycott of consumer products will force Israel to “end its occupation of Arab lands,” “recognize the fundamental rights of Arab-Palestinians” and “promote the rights of Palestinian refugees to return to their homes.”

Sounds great. How could such a movement make me — a Jewish Canadian — feel unsafe on campus?

BDS makes me feel unsafe because, at its heart, the movement calls for the destruction of the state of Israel. It claims Jewish people do not have a right to self-determination and that they are not a singular group. It claims I have no right to be Jewish and safe.

While the movement doesn’t explicitly call for the destruction of Israel, it doesn’t take a lot of interpretation to see that it is BDS's end goal. Founders and prominent supporters of BDS have time and time again called for a one-state solution, have denied that Israel has a right to exist and have even gone as far as to say Jews are not a people.

The end of goal BDS is to see a world without Israel.

BDS organizers and supporters at UBC may very well be for a two-state solution, but BDS is not. Against what I am sure are the best wishes of these individuals, BDS brings violence, hatred and anti-Semitism wherever they go.

A University of Windsor student politician had their office broken into and vandalized in relation to the BDS referendum at their university. The police investigated it as a hate crime.

At Carleton University, students were physically intimidated and were subject to homophobic slurs for opposing BDS.

In the United States, a Jewish student politician was questioned on whether she was capable of being unbiased because of her involvement with Jewish organizations. Jewish fraternities had swastikas spray painted on them. Universities in South Africa became violent and called for the removal of Jewish students

In February, a McGill University student politician posted “punch a Zionist” on Twitter and the student government refused to remove him. He later resigned for what he said were unrelated “personal reasons related to mental health.”

There are dozens of arguments to make against BDS — from the fact that it hurts Palestinians and that there are many organizations that do more to help Palestinians — but isn’t it making campuses unsafe, unwelcoming and violent enough to reject it?

I applaud students at UBC who want to stand up for the rights of the oppressed, give a voice to the voiceless and promote justice across the globe. However, BDS is not the answer. It will bring bigotry, hatred and even violence to UBC.

Koby Michaels is a third-year integrated science student and The Ubyssey's science editor.