Op-Ed: Why you should give a shit about the AMS election 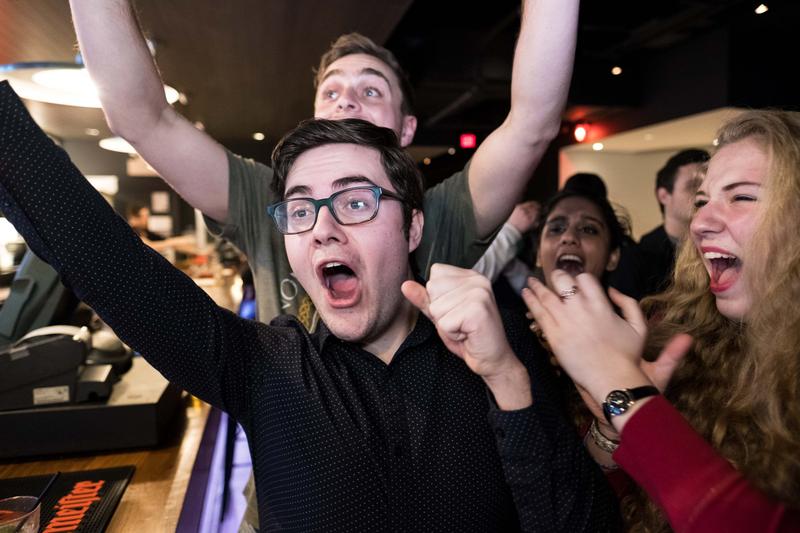 “It’s a lot easier to just say ‘Who cares about the AMS‘ and move on. “ File Koby Michaels

AMS Elections are going on, but most students don’t give a shit — even though they really should.

We’re The Ubyssey’s news editors, so we’re naturally interested in who takes the reins (and we’re literally paid to).

But we recognize there are a lot of reasons to disregard the AMS. This school’s governance is damn confusing. Half the Senate candidates don’t seem the know the difference between Senate and the Board of Governors. The Sexual Violence Prevention and Response Office, the Independent Investigations Office, the Sexual Assault Support Centre (SASC) and the Sexual Violence Prevention & Respectful Environment Policy are all different things rooted in the same issues.

Who has time to learn about all that? It’s a lot easier to just say, “Who cares about the AMS?” and move on.

But you really shouldn’t. We’ve spent the past year covering the AMS. We’re at every Council meeting, we cover every major decision and all the executives pretty well hate us at this point.

So take it from us: these elections do matter. They will affect you, and it’s in your best interest to vote.

The AMS is a multi-million-dollar organization — and because you pay it fees every year, you own a chunk of it. You have a say in how the businesses in the Nest are operated, how your clubs are run and how you’re represented in front of the university and government.

A common perception is that the AMS’s work does not matter and does not affect your experience as a student. That’s not true.

We’ve seen the AMS make incredible progress and do great harm. We were kicked out of Council when the secret meeting about cuts to SASC were held. Those cuts were later reversed after intense public backlash. But we were also there when AMS Council pushed the executives to release the minutes of that meeting. We were there when they divested from fossil fuels. We wrote the story when it successfully helped lobby BC to cut interest on provincial student loans.

The society is now working on a standalone sexual violence prevention policy to address an identified gap in survivor support for its clubs and staff. They’re lobbying various governments to make your education more affordable, and even opposed the university on recent tuition increases.

The Senate controls your academics. They’re the ones in charge of that fall reading break you still haven’t gotten and what academic concessions you receive.

The Board of Governors is the most powerful body with the most boring name. Did you know it’s working on a trust to build more student housing on campus? Or that it has been lobbying to bring a Skytrain to UBC? Or that it has been reviewing policies on discrimination and harassment, sexual violence prevention and accommodations for students with disabilities, all within the span of a year?

And then there’s the referenda, which could determine whether the SASC continues to operate, whether AMS Council gets funding for a new Indigenous committee or whether you save a cool $3 a year from a fee reduction — and that’s not even exhaustive.

Some of these things won’t matter to students for years. But a lot of them could very realistically affect you tomorrow. Even if you’re fortunate enough to not be impacted by some of the policies above, odds are you have a friend or a roommate or a lecture crush who is.

For their sake, take some time to vote. Read our elections coverage. Some people say it’s fake news, but we personally think it’s okay. Read through candidate profiles. Pick up a copy of our March 11 issue — it’ll be entirely dedicated to elections and will include an analysis of every single candidate’s policies. Voting happens online and takes just a few minutes.

We’re making this as easy for you as we can. But ultimately, democracy doesn’t work unless you do.

Voting for AMS, Senate and Board of Governors elections opens on March 11 and continues until March 15. You can vote here.

Alex Nguyen and Zak Vescera are The Ubyssey’s news editors. To read our team’s ongoing coverage of this year’s AMS Elections, click here.