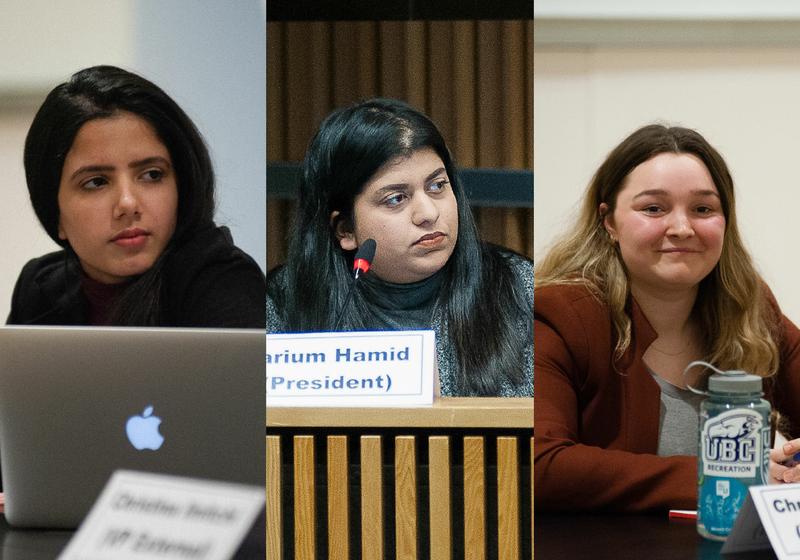 “There is one woman running for president and two others running for an executive position.” Patrick Gillin

Last year, The Ubyssey published an opinion letter explaining why we need to encourage more women to run for leadership positions in the AMS. At the time, there were only five women running for a position out of twenty-two candidates — there were no women candidates for the president position and only two for executive positions.

This year, there are five women running out of the fifteen candidates; there is one woman running for president and two others running for an executive position. This is barely a one per cent increase from last year’s executive races and it is not ideal for a campus whose student population is over fifty per cent female.

Women have been, and still are, largely underrepresented across the country, and it proves no different at UBC. So I will reiterate Veronika Bylicki’s question — why aren’t more women interested in running for student government? Why aren’t more young women taking a leadership stance in these formative years that could not only help shape their careers, but UBC’s and Canada’s future?

Since 1915, there have only been 12 female AMS presidents — that represents 11.6 per cent of our university’s governance. There’s not necessarily any one reason why more female students aren’t running in the AMS elections, and there isn’t any one solution to encourage them to run in the future — but the one thing we can do right now is acknowledge the gender gaps that exist in politics and emphasize that women have just as much of a right to run for leadership positions as men.

Although there are some women in leadership positions at UBC — such as Pooja Bhatti and Sally Lin who are the VP administration and VP external affairs, respectively — they still represent only two of five executive positions within the AMS. So for a campus that has a women-identifying majority, it appears inconsistent that our student government lacks equal representation.

Most notably, in the 2017 AMS elections the two women who ran for executive positions, Bhatti and Lin, were the successful candidates over their male competitors. Assuming that they were elected because they were best fit for the position, it is evident why we need to see more women in the AMS.

Just like last year and for the years to come, we need to encourage our women friends, peers and classmates to seek positions of leadership, and continue to examine why we women don’t run in the first place.

Emma Hicks is the Opinion & Blog editor at The Ubyssey. She is also a fourth-year creative writing and English literature student.