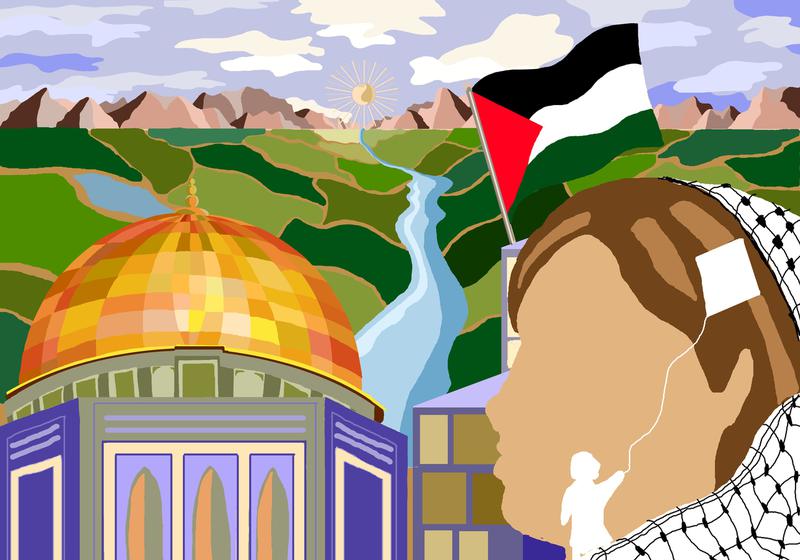 Where is the hue and cry from neighbouring countries, from international organizations of peace and from self-acclaimed liberators of the oppressed, who would stop this new genocide! For reasons undefined, there has largely been a deafening silence on this continued occurrence of human rights violations.

Universities, which are the bastions of advocating awareness, are silent. UBC as an incredibly multicultural and international organization, too, remains silent. Neither the UBC administration nor the UBC President have released any public statement of support for their own students affected by this situation, much less for the entirety of Palestine.

The AMS has not released a statement or referred students to any mental health or financial resources. In 2017, the AMS council rejected a motion to direct the BDS referendum (Boycott, Divest and Sanction Israel for its war crimes) to the student court, with aims to revisit this topic at a later date, which they never did

Numerous UBC organizations and clubs, despite their vocality on other human rights issues, continue to remain in the shadows, from all the undergraduate societies to departmental clubs to student associations. Here is a short list of a few clubs which seem to have spoken up: UBC SPHR (Solidarity for Palestinian Human Rights), UBC SASC (Sexual Assault Support Centre), the BSA (Bangladeshi Student Association), the MSA (Muslim Student Association) and the ESA (Egyptian Student Organization). Otherwise, UBC and the rest of the world seem to be telling the Palestinians that, to survive, they must silently accept the systematic erasure of their peoples.

It might make sense had this been a conflict between two equal sides; but it is not. It is an occupation and a series of ongoing and continuous acts of aggression by a highly financed and powerful military state against displaced, impoverished and marginalized peoples. When you want a land without its peoples, the goal is to remove said peoples by whatever means necessary. This policy, enabled by Western nations, is by definition genocidal.

The reality of the situation is that Gaza is the largest open air prison in the world. The Israeli onslaught of the last two weeks against people unable to escape the assault has hit a death toll of almost 250, including almost 100 children. Israeli rockets have displaced over 50,000 Palestinians and destroyed over 500 homes. The Palestinian offices of the Associated Press, Al Jazeera and the Ministry of Health, as well as medical aid and trauma response buildings (MSF, PCRF Office) and the only COVID testing centre in Gaza have been levelled.

The systematic destruction of infrastructure has resulted in a lack of access of the Palestinian civilians to the basic necessities of life including food, water, electricity, medical aid and education. This continual assault on Gaza is a violation of multiple human rights.

It is obvious that Israel has no intention of ceasing their efforts to subdue the Palestinian people — illustrated by the fact that just days after agreeing to a ceasefire, Israeli settlers and forces stormed Al-Aqsa Mosque, firing tear gas and stun grenades into the crowd of worshippers, injuring over 300 people, allegedly in response to some stone throwers.

The authors of this article stand in solidarity with the Palestinian people in their ongoing struggle and resistance against the occupation and the apartheid state of Israel. We condemn all acts of violence, whether by Hamas or by Israel. We want to reaffirm that our condemnation of the Israeli government does not extend to the Israeli people or people of Jewish descent.

We are aware of the concerns of safety of our fellow students of Israeli and Jewish descent. We continue to reject all acts of anti-semitism, and extend our support to the Jewish community during this difficult time. We know that there are many Jewish organizations that are working towards establishing peace in the conflict zones. We want to remind everyone that oppression of a people is against humanitarian ideals and can never result in lasting peace. To stand with Palestine is to stand with humanity.

The authors of this article do not claim to know all the answers, nor ask any reader to blindly accept what we are saying — we are simply asking you to care enough to educate yourselves on these matters. We are asking you to hold those in power responsible for their silence and for their ignorance on this subject, especially when the consequence of this deafening silence is the mass suffering and loss of human life.

We can start with UBC, by putting pressure on our AMS constituencies and undergraduate clubs and societies to stand in solidarity with Palestine, and by putting pressure on the UBC Administration to release a public statement. While this issue might be occurring halfway across the world for some of you, it is very much happening at home for your fellow students and friends.