Relate to Senate: What to expect in the December 2018 meeting 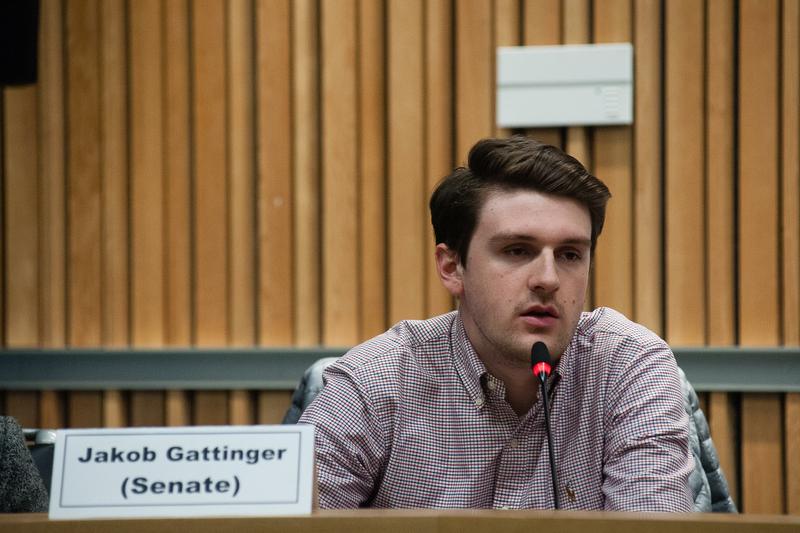 “Three senators have proposed a motion which would establish a standing committee on research.” File Patrick Gillin

The UBC Senate meets monthly to discuss and vote on academic matters pertaining to the university. What goes on in the Senate chambers can often feel very overwhelming or dull to the average student, and the dockets posted before every Senate meeting can be long and tedious to read. Here’s what to expect at the December 2018 Senate meeting.

The Senate will be considering for approval the revised Policy 73, which governs academic accommodations for students with disabilities. The policy is jointly controlled by the Vancouver and Okanagan Senates as well as the Board of Governors, which granted its approval last week. The policy, as currently drafted, empowers the registrar to make decisions around what constitutes a reasonable accommodation.

The Admissions committee is recommending to Senate the elimination of the requirement for students to meet a certain English language level before enrolling in a first-year English course. The rationale for the change is that climbing admissions averages over time have generally meant very few students fail to meet the threshold, and the faculty of arts will be providing a mechanism for students who require additional support in this area to receive it.

Jakob Gattinger is a fifth-year applied science student, a student member and vice-chair of the UBC Vancouver Senate as well as the chair of its Agenda Committee.