Relate to Senate: What to expect in the January 2017 meeting 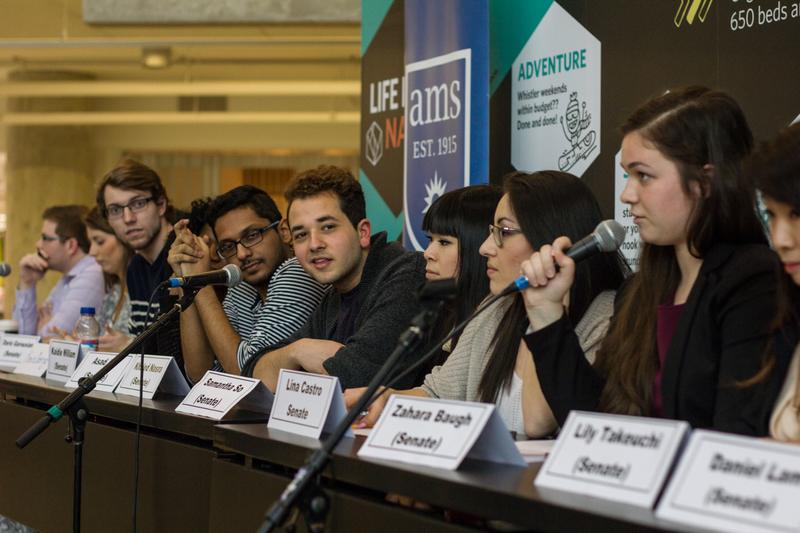 The UBC Senate meets monthly to discuss and vote on academic matters pertaining to the university. What goes on in the Senate Chambers can often feel very overwhelming or dull to the average student, and the dockets posted before every Senate meeting can be long and tedious to read. Here’s what to expect at the January 2017 Senate meeting:

Senate is approving changes to the English language proficiency standards and GRE requirements for admissions to the faculty of graduate and postdoctoral studies. Most of the changes to the calendar entry are updates to reflect current procedures and also to display minimum TOEFL component scores for programs where the required minimum TOEFL score is below 100.

For students required to withdraw from the faculty of arts after a failed year, Senate will be approving changes to re-admission qualifications. Replacing the old requirements, the new suggested changes will reduce and standardize the number of university-transferable credits from 30 to 21 credits. Students will still need to attain an overall GPA of 3.0 or 73 per cent on these credits, with note that there will be no time limit constraining them. The rationale behind this change is due to recognizing that students can be given a chance to re-establish themselves academically and address the causes of their failures instead of rushing into a full-term course load.

The annual report on enrolment has been released in this month’s docket. Here are some interesting facts:

Nine courses are being introduced or revised at this month’s senate meeting. Here are three of our favourites:

This next Senate meeting will take place on January 18, 2017 at 6 p.m. in IBLC 182 (Victoria Learning Theatre). You can read all 142 pages of the Senate docket online and, as usual, Senate is open for anyone to attend if you’re ever interested in academic affairs or meeting Santa Ono.