A sea of change: UBC as a hotbed for evolving views on homosexuality 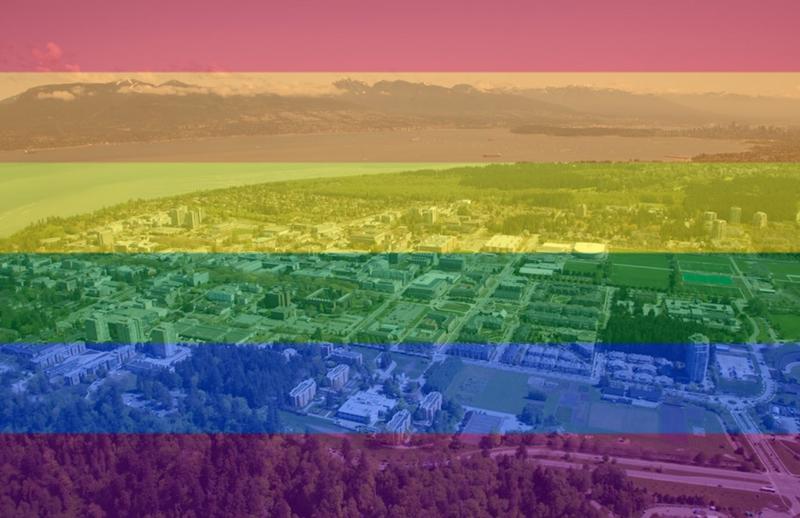 Growing up as a closeted gay man in a conservative Asian country like Singapore -- where homosexual conduct is criminalized -- was like playing a perennial game of hide-and-seek. You prevaricate when asked about girlfriends, meet Grindr dates in all sorts of clandestine ways and are never quite sure where you fit in society. Four years ago, I told myself that it was time to put all this to a stop. So I packed my bags and moved to Vancouver.

Arriving at UBC was an eye-opening experience. Even though I wasn’t quite out yet, the amount of rainbows on campus (looking at you, Positive Space Campaign stickers) made me feel instantly at ease. There were LGBTQ-friendly events and resources that I knew I had easy access to. At the dorms, I made friends with some fabulously queer people -- In class, I learnt from impeccably dressed, openly gay instructors. Being someone who had grown up in an environment where gays and lesbians suppressed their individuality to ward off harassment or discrimination, I felt like a kid who had just walked into a candy store.

As I started maturing intellectually, I grew increasingly curious about the sexual attitudes of other Singaporean students on the UBC campus. More specifically, given that I do not have an insider’s perspective on the experiences of my heterosexual counterparts, I was particularly interested in their subjectivities. I wanted to know what kind of attitudes are straight Singaporean students bringing to UBC -- are they accepting, neutral or disapproving towards homosexuality when they first arrive? Does UBC and its educational infrastructure lead to them to develop more accepting attitudes towards LGBTQs?

With the help of my thesis supervisor, Dr. Wendy Roth, I embarked on a year-long research journey that commenced in August 2014. I surveyed and interviewed a total of 90 heterosexual UBC students from Singapore. Here is a summary of what I found:

1) Out of the 90 students, 70 per cent of them acquired more accepting attitudes towards homosexuality, 10 per cent demonstrated retention of previous attitudes and 20 per cent became more disapproving. On average, Singaporean students in my sample developed a stronger appreciation for same-sex values and morals, are now more comfortable being around gay people and display a greater willingness to be associated with gay individuals publicly.

2) The social circles of UBC Singaporean students are more likely to include LGBTQs than when they were back in Singapore. This finding has important implications given that 75 per cent of the respondents who developed more accepting attitudes after coming to UBC reveal that they now belong to circles that are more sexually diverse. For many of these students, it is easier to befriend openly gay students at UBC than at home. Further, sustained relationships with queer folks reduced sexual prejudice and made participants increasingly accepting in the long run.

3) Almost all of my study participants perceive UBC as a liberal and gay-friendly institution that values diversity. Such a campus atmosphere is particularly evident in the processes of classroom engagement. For many of the students interviewed, UBC’s liberal pedagogy affords them the opportunity to be exposed to ideas about sexual diversity and gay rights which ultimately leads to the broadening of worldviews. These are topics that they thought would not have been available to them had they decided to stay in Singapore to pursue their university education. That said, my findings suggest that students studying Humanities or Social Sciences are more likely to be exposed to debates that challenge their initial views on homosexuality. As such, the attitudes of students from non-Arts backgrounds are less likely to be transformed by the type of course content that they are acquainted to.

So what does this all mean? In essence, UBC has the ability to transform the attitudes of international students who are intolerant towards homosexuality. The campus provides a venue for new contacts to be made and classroom environments that are conducive to liberal and open debates that destabilize entrenched views on sexuality. While it is certainly easy to take UBC’s liberal environment for granted, I wish to conclude by simply acknowledging just how privileged we truly are. For many of us who come from places where basic human rights remain an everyday struggle, UBC has given us a valuable opportunity to imagine a brave new world.

Skyler Wang is a fifth-year Department of Sociology Honours student.