Written by Ubyssey Editorial Board
Feb. 3, 2018 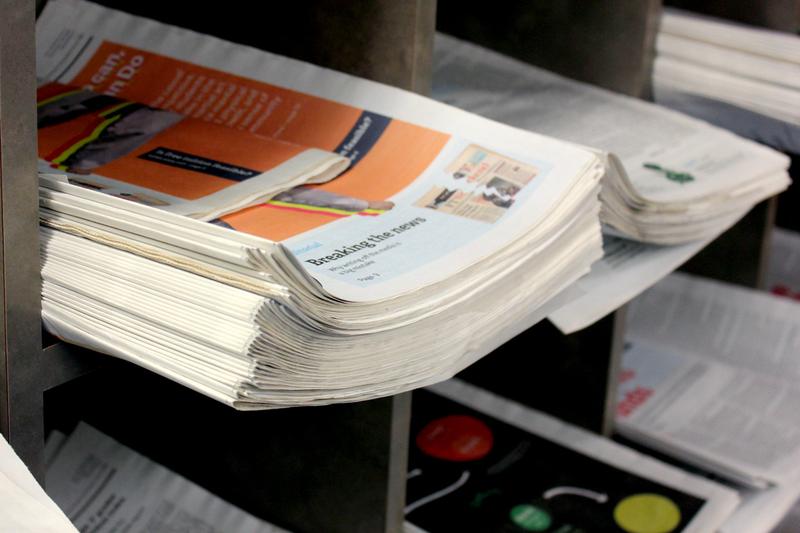 Why won't student unions facilitate the independence of the media that covers them? Elham Numan / The Varsity

In what world is a newspaper’s survival contingent on financial support from the people it covers?

Many student papers in Canada face this constant threat — the only media that shine a light on the oft-shady happenings behind the scenes of student unions can have their funding cut off by the unions themselves.

Major publicly-funded broadcasters work differently. The federal government can rejig the CBC’s budget, but if they decided to seriously slash it, or defund it entirely, they would face intense backlash from the media and general public — student papers don’t have millions of dedicated viewers who would riot if their morning radio routine were interrupted.

This week, a councillor at the University of Manitoba Student Union (UMSU) introduced a motion to strip funding from the Manitoban, the 104-year-old student paper, over an opinion piece he disagreed with.

Thankfully, after Manitoban staff and alumni spread the word and an article appeared in the Winnipeg Free Press, he withdrew it.

Other papers aren’t so lucky.

Update 02/14/2018: a new UMSU motion has popped up in an attempt to strip funding from the Manitoban — this one would add the ability for students to opt out from the paper’s fees.

From the meeting minutes, it’s apparent that many of the councillors voting on the motion lack basic knowledge of how student media works. Student politicians asked how the papers were funded, how many people read them and, to make sure irony was fully dead, aired their concerns about the Daily’s objectivity. SSMU President Muna Tojiboeva voted against funding the papers specifically, she said, because she disagreed with some of its coverage.

They do this every five years.

Normally, the SSMU would vote in favour of continued funding and life would go on as normal. Thankfully, this time, students stepped in and saved the Daily in a referendum.

But how long before they get unlucky, like McMaster University’s Silhouette in 2006, whose editor-in-chief was fired without cause by their student union? Or UBC-Okanagan’s Phoenix, which was kicked out of its office in 2014 for running deficits, while the student union that removed them was haemorrhaging over $300,000 a year? Or The Ubyssey in the mid-’90s, when the AMS fired every editor and changed the locks on our doors in reaction to a spoof issue?

Without independence, these situations will keep happening. That we’re not facing a full-on assault from the AMS today is likely not because they’re thrilled with our work. It’s because they can’t touch us — after the 1996 debacle The Ubyssey ran a referendum to become totally separate from the university and the student union.

But many student papers’ budgets can still be cut off if a group of student politicians decide they don’t like how they're covered. And no matter how good those relationships are right now, it’s tough to see the them continuing forever while student unions have a nuclear button at their disposal.

Student unions who control the finances of their student papers have a moral obligation to facilitate and support the full independence of the media that covers them. It's a simple choice.

That is, unless they have something to hide.