Their Campus: Nice to meet you, Italy 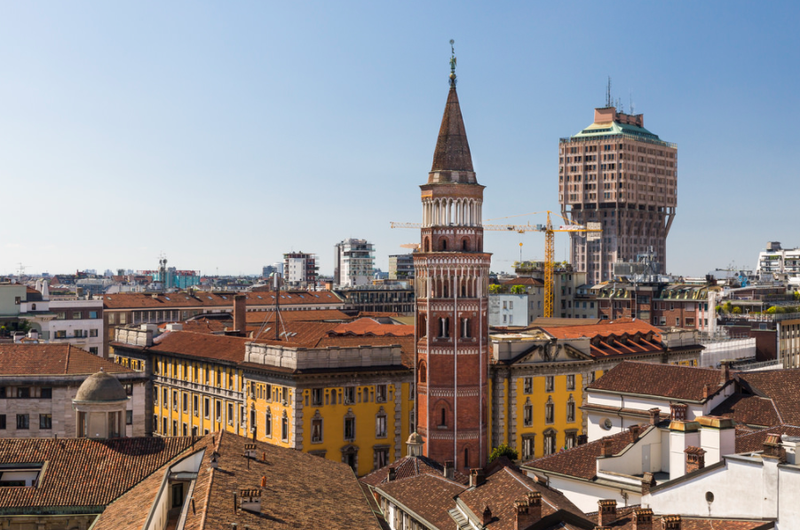 I close the back door of a 20-year old Mercedes and quickly check my cellphone before Paola gets to notice how mesmerized I am by that glowing screen.

She is not fond of all these new technologies — nor does she like poor manners or being called “Grandma.”

Paola says grandmothers are old and are soon to die, but I can assure you she is neither. Lively, sarcastic and energetic, she is the very notion of what a true Italian woman is.

What is more important, her soul blooms with love and kindness that saved me from being homeless in Italy.

My exchange was supposed to start early September but my worrisome self arrived to Milan in the middle of August. It’s hot, it’s empty and it’s different here. Adventures found me when I was only a few days into my new life — the neighbourhood I was to reside in, was (according to a friendly Italian taxi driver) known as a drug selling spot full of immigrants. I am fine with immigrants, I am very much against drugs.

I will remember this tradition for life, since I could not get a hold of anyone interested in renting me an apartment. A hotel manager, who was aware of my struggles, approached me on a warm morning and said there is a lady who is willing to let me stay at her place for a while.

Yes, you got it right, Paola was the mysterious lady and she happened to be the owner of the same hotel. During our later visits to the hotel, she would taste the coffee served at breakfast, plant flowers on the rooftop terrace and make sure the squeaking door was fixed.

“If you want it to be done perfectly, do it yourself!” she would declare to me all covered up in dirt and sunscreen, sweating in her stunning garden.

Can you imagine, letting an absolute stranger into your house? Me neither, but here I was, under tickling Italian sun in front of a beautiful villa.

We hit it off immediately and our adventure begins.

Paola prays once for the car to start and I pray for us during the entire trip. She sings every word to “Bohemia” on her favourite classical radio station and we hit the road Italian style.

“Arisha, if a carabinieri approaches you in the next few days, say you know nothing about me!” she says casually in between the verses.

“I hope it is worth it, whatever you had done again,” I reply.

Paola is currently involved in at least 30 litigations and so, I don’t express even a slight sight of surprise, but my curiosity makes me ask her: “So, what was it this time?”

It turned out, during the last community meeting, she had publicly told everyone about a bribery attempt of one of the community leaders and claimed he was a mafiosi.

He filed a complaint.

“Bureaucracy,” she sighs and makes a full turn on the red light.