Their Campus: Two years in Tennessee 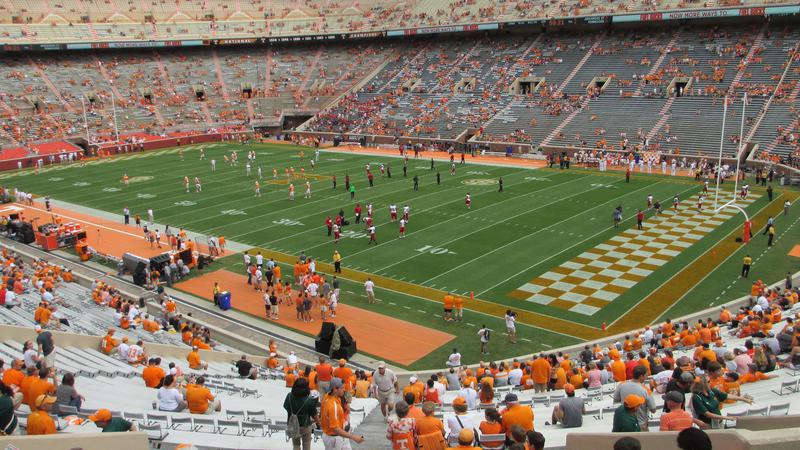 During my freshman year, I did what the average freshman boy does and went to football games. Courtesy Robert Karma/Flickr

“Two years is a long time to study abroad,” you might be thinking. I would say you’re right, had I actually studied abroad there. However, that is not the case. In fact, I studied, worked and lived in Tennessee for the last two years.

UT is mostly known for its football and basketball teams as the national women’s basketball hall of fame is located in Knoxville. The campus is relatively big but nowhere near the size of UBC. Similarly to UBC, UT is also located on Indigenous land; the lands of the Cherokee Tribe which lived there for millennia before settlers arrived. However, UT does not often mention — outside of a few buildings not near the main campus — that the university sits on Cherokee lands.

The focal points of campus are: John C. Hodges Library, “The Hill,” a big hill where much of the STEM buildings are located and Neyland Stadium; a 100,000+ seat football stadium that is one of just three college football stadiums that you can “sailgate” from (tailgating from a boat) seeing that it’s right on the Tennessee River. During my freshman year, I did what the average freshman boy does and went to football games and joined a fraternity.

However, unlike most freshman experiences, mine was slightly marred with confederate protests. As a person of color, this was the first time I had run into people who hated me for the color of my skin; it obviously wasn’t a great feeling that people were fighting so hard to keep a monument to honor people who fought and died for their belief that they should own another human being ⁠— a monument that was erected for reasons of intimidation and well after the Civil War.

With all of that, it wasn’t until my second year, that I began to question my reasoning for being there.

After returning to UT for my second year I had run into issues with my fraternity for not being able to participate with a float for homecoming and telling the truth to the university about my pledging experience. In exchange for this, I was ostracized from my community. After formally leaving my fraternity, I struggled to make new friends and my mental health plummeted. With only a few counselors, the university did very little.

Unfortunately, my experience there would continue to decline until it reached a breaking point. This breaking point was a case of racial profiling that I experienced in the final few months of my time there. This was the point when I decided to leave.

When deciding to switch schools, I looked for a school that was in a more progressive location, had outstanding academics and friendly people, with the help of someone very close to me, I found UBC. Given the events I have just shared with you, I’m still glad I went to UT.

I still made great friends who still support me to this day and I speak with all the time. Having not gone to UT, I would have never thought of exploring new horizons beyond my home country and I would have never met the amazing people here or had the experiences I’ve had over just the past few weeks I can’t wait to see what else UBC has in store for me.