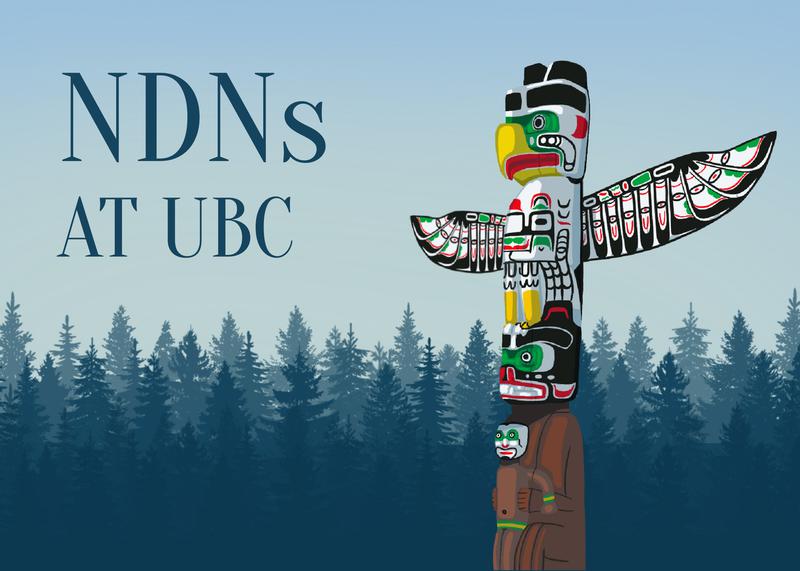 UBC boasts its commitment to reconciliation and is even home to the Indian Residential School History and Dialogue Centre. File Kylla Castillo

As a freshman student who chose UBC as my university based on its support for Indigenous students, I was appalled and distraught when I saw that a white nationalist had been invited to speak at an event on campus.

The event in question was organized by UBC Students for Freedom of Expression (UBC SFE), a student interest group which operates as an activist organization which promotes freedom of speech and ideas. The group was slated to host George Brown, Kevin Annett and Lauren Southern in its event titled “An Honest Conversation About Canadian Residential Schools and Mass Graves.”

While the group released informational posters on Kevin Annett and Lauren Southern, they failed to share that George Brown was in fact a residential school survivor — in fact, they never shared any information on him. Not only did this downplay his experience, it seemingly forced focus to Southern — unjustly skewing the audience’s view. The most problematic part of the event was the invitation extended to Southern to speak at the university, a place which is supposed to be safe for all students.

Southern is an alt-right white nationalist who is against multiculturalism and acts in an antifeminist and racist manner. Deemed an ‘expert’ by UBC SFE, Southern was to speak on her film The Canadian Mass Graves Hoax. As the title denotes, the documentary argues that there are no mass graves or history of genocide at the Kamloops Residential School. Southern also argues that the Church has not tried to cover up the events.

As many BIPOC students know, figures of authority can be threatening and a cause of great stress. For the Indigenous community, this comes from the government, law enforcement and the Church. Southern’s arguments bring up the various aspects of residential schools that have caused and continue to cause intergenerational trauma.

As the largest university in BC, UBC boasts its commitment to reconciliation and is even home to the Indian Residential School History and Dialogue Centre. While the event has since been cancelled, it’s troubling to see students at the university platforming views that are harmful to their Indigenous fellow students.

I came to UBC expecting a safe environment and supportive space for Indigenous students. Seeing a white supremacist welcomed on stolen land was jarring — I was at a loss for words. The shock only grew as I ‘doom-scrolled’ through the Eurocentric commentary people were leaving. As a marginalized member of society I understand the need for free-speech, but there needs to be boundaries set by the university in order to protect its community.

Julianna Yue is Chinese and Cree-Métis, born and raised in so-called “Vancouver.” She is in her first-year, pursuing a sociology major and a First Nations and Indigenous Studies minor. Her interests include social justice and diasporic representations.

NDNs at UBC is an open-form column written by Indigenous UBC students. If you’re interested in getting involved, submit pitches or completed articles to opinion@ubyssey.ca!