Wet-Ass Planet: What climate change could mean for a wetter campus 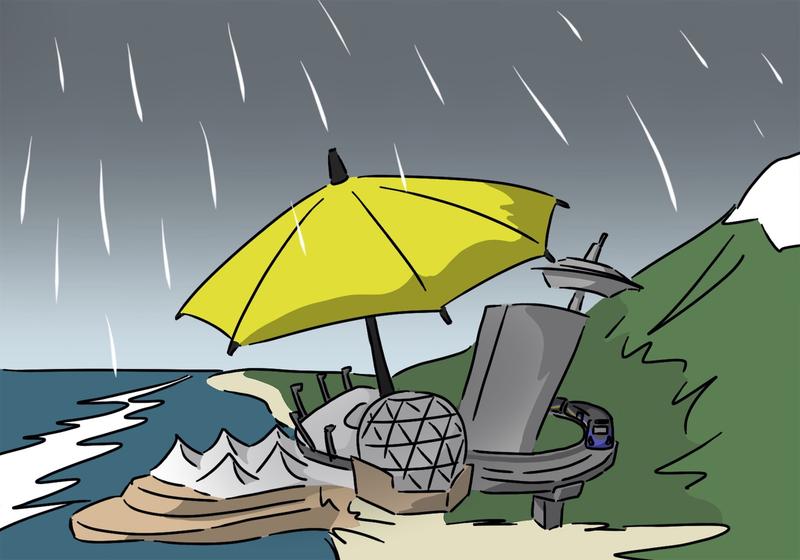 Could it be that Vancouver — by all that is holy — might actually see more rain? File Julian Yu

By now you’ve probably realized that a big part of being a student at UBC is learning to co-exist with rain.

As the climate crisis looms, could it be that Vancouver — by all that is holy — might actually see more rain? According to climate experts, the extreme weather patterns that we have seen manifest across the province this summer could also lead to some wetter seasons.

This summer’s heat wave has brought extreme weather patterns to the forefront of discussions about the climate crisis. And according to several studies, it appears that it won’t just get hotter — it will get wetter too.

Precipitation trends have suggested that North America has seen an increase in rain in recent years. One 2020 Proceedings of the National Academy of Sciences of the United States (PNAS) study asserted that human influence has made extreme precipitation more frequent and intense, with the authors calling for moves to reduce human-caused emissions to help mitigate this trend.

However, in a CBC interview, Dr. Francis Zwiers, director of the Pacific Climate Impacts Consortium at the University of Victoria, cautioned against applying the PNAS study to the city scale.

Zwiers explained that rain tends to be “localized and highly variable,” meaning that these precipitation trends are less likely to be observed on smaller scales compared to cross-continental studies. Still, CBC wrote that Zwiers highlighted this North American trend as being significant.

Vancouver is infamous for its rainy climate, so much so that UBC has encouraged new grad students to invest in some “warm waterproof clothing” when they come study here.

This advice is more than just a plug for The North Face — it rains an average of 169 days a year in Vancouver, with the winter season receiving nearly twice as many rainy days compared to the summer months, according to World Weather & Climate Information.

Predictions suggest the Vancouver area will see even more rain. According to General Climate Projections for Metro Vancouver, the region is projected to experience a “modest” rise in total annual rainfall of five per cent by the 2050s.

The document noted that this increase will be biased toward the fall season, with Metro Vancouver inhabitants predicted to pair an 11-per-cent increase in rainfall with their future pumpkin spice lattes. In contrast, summer rainfall is projected to decrease by 19 per cent within the same time period.

Beyond Metro Vancouver, one Nature Communications study led by UBC PhD candidate Colin Mahony suggested that certain regions will see wetter and warmer summers. Mahony explained in a 2018 press release that this could lead to a host of issues, including disease outbreaks.

With the effects of climate change shaping our climate, experts suggest that students can expect to see more extreme weather like heat waves and extreme precipitation. For now, students can hope to educate themselves more about climate change — blasting some “Heat Waves” and “Rain on Me” while they are at it.