Fast & curious: UBC will soon be home to a $23 million renewable energy hub 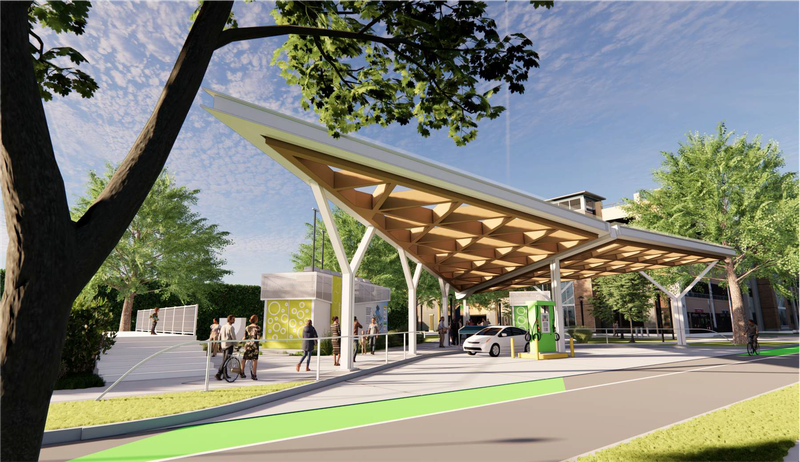 The renewable energy hub will be the first hydrogen refuelling station for light- and heavy-duty vehicles in BC. Courtesy Dialog

A block-sized space on the corner of Wesbrook Mall and Thunderbird Boulevard will soon be transformed into a smart energy district and home to BC’s “first hydrogen refuelling station for light- and heavy-duty vehicles.”

The project is spearheaded by Mérida Labs and led by Dr. Walter Mérida, after receiving $23 million in both public and private funding to subsidize the project. According to Mérida, the energy hub may come to life as early as 2022.

The hub will utilize energy from the solar array to split water molecules using a process called electrolysis and a device called a water electrolyzer to produce hydrogen and oxygen. The resulting “green hydrogen” — dubbed the “ultimate goal” of hydrogen technology — is completely renewable and its creation is zero-emission.

The transportation sector has become a focus for the application of hydrogen technology, as 41 per cent of BC’s emissions result from this industry. According to a Nature Climate Change article, most experts don’t expect private or light-duty cars to run on hydrogen as electric cars dominate the market — instead trucks or heavy-duty vehicles are predicted to have the greatest likelihood of making the move toward hydrogen technology. The hub’s accommodation of both light- and heavy-duty vehicles could therefore be a significant benefit.

Currently, BC is embracing vehicle-powered hydrogen technology with Minister of Energy, Mines and Low Carbon Innovation Bruce Ralston, saying the province is “well positioned to become a world leader in clean energy” in a May 2021 press release. He also emphasized the hub’s “excellent potential” as BC moves toward a greener future. 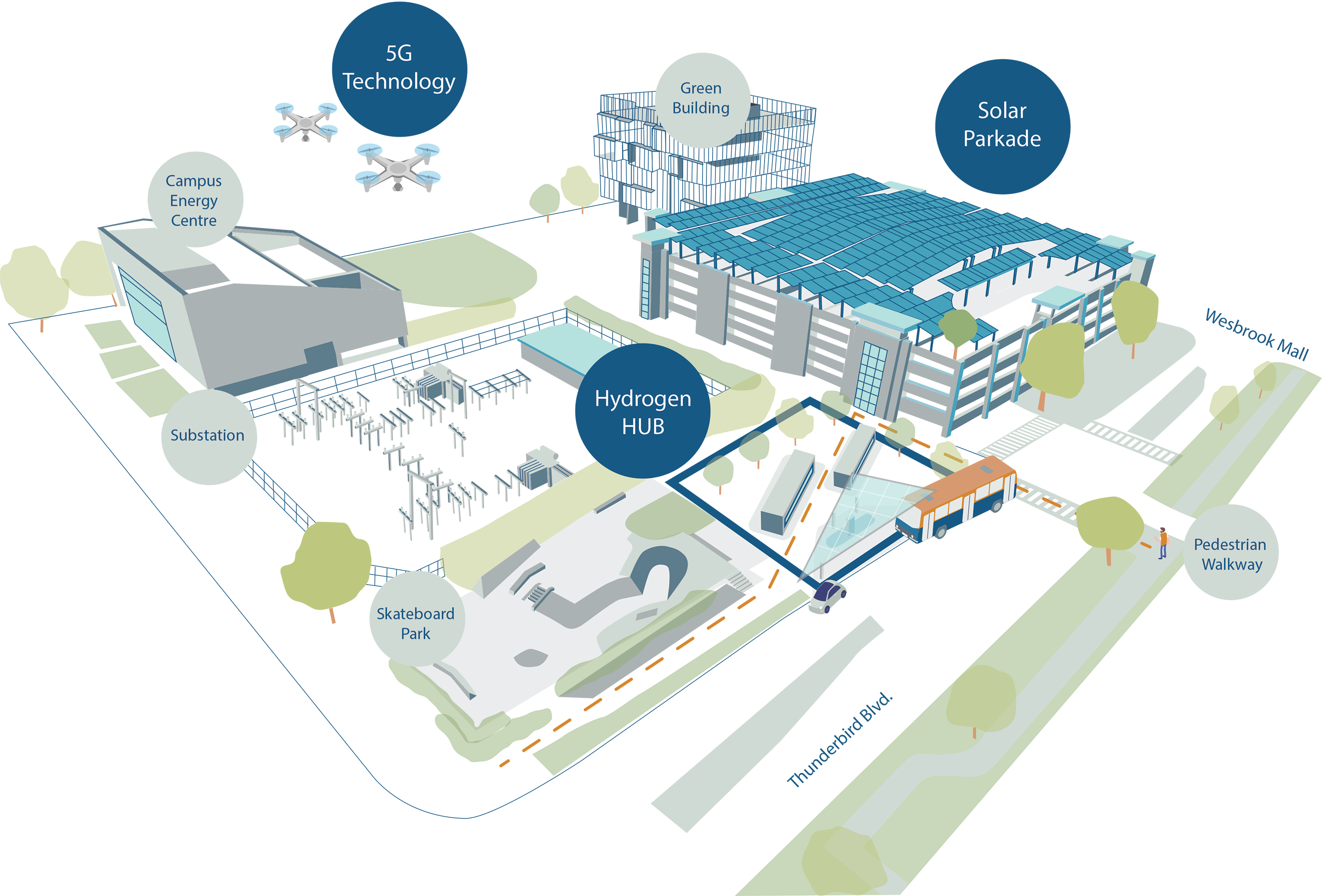 The hub will include an electric vehicle charging station, a hydrogen refuelling station and solar arrays. Courtesy MéridaLabs

The idea for this clean energy hub was coined around five years ago when the initial concepts were drawn out and the proposal was written. According to Mérida, this five-year process has not gone without challenges.

The development of this massive project was spearheaded without any internal funding from UBC and, according to Mérida, he “really wanted to make a point of making the project happen with external funding only.” This posed a few challenges.

“It does require a lot of creative thinking in terms of the way you fund this project … because the proposals and the funding programs take a while, it took [several years] to get the funding secured.”

Mérida added that the team faced other difficulties like the communication of this newer and potentially unfamiliar technology. The impact of this project on student spaces also had to be considered.

“It has taken a while to familiarize the different audiences we have [at UBC]. We’ve had long discussions,” he said. “[Another] issue was that there is a basketball court where the refuelling station is going to be built, so we needed to build a new basketball court before we could proceed.”

There are other cost-centred challenges inherent to the technology. According to a report from the UBC Clean Energy Research Centre (CERC), the application of hydrogen technology to the transportation sector must be done alongside long-term commitments and “significant capital investment,” with the group emphasizing that moves to optimize cost are a “necessity.”

Mérida echoed this sentiment, saying that clean energy techonology is still very expensive. However, he hopes that new business models can be developed to subsidize the high costs, particularly for electric vehicles which will also be supported by the hub.

“Parking is quite expensive, especially in a city like Vancouver. One of the ideas is to use the parked electric vehicles in the parking garage as energy storage devices, so you use a portion of the battery capacity in the cars as just a battery to store electricity which can then be sent back to the grid to service other parts of the campus.”

According to Mérida, car owners could then receive a subsidy for their parking fees in exchange for the small amount of battery capacity used.

Some experts have criticized the focus of hydrogen technology on the transport sector, with Phillip Niessen, director for industry and innovation at the European Climate Foundation, saying in the Nature article that it makes more sense to focus renewable energy innovation on industries with no alternatives, like steel production.

“There is a push from heavy industry to get green hydrogen into road transport so private car owners bear some of the early costs,” he said. “But we believe it will be a scarce resource and it makes more sense to grow demand in sectors such as heavy industry where there is no decarbonization alternative.”

A 2021 Frontiers article highlighted additional challenges of a hydrogen economy, emphasizing that transporting hydrogen is an energy-intensive process — though it can be converted into alternate forms, this can result in a loss of yield. Investments in hydrogen tech would also need to be scaled up to compensate for the high cost, among other challenges. The authors called for “multi-sector hydrogen supply chain mapping” to optimize plans for a hydrogen-based future.

And CERC is doing just that. Currently, it is developing a “methodological framework for the sustainable development of the hydrogen supply chain” that will model how different incentive plans, rollout policies, constraints and motivators can optimize the application of hydrogen technology in BC over a 30-year span, opening avenues for the growth of hydrogen technology beyond the renewable energy hub.

As UBC becomes home to the renewable energy hub, Mérida hopes that it will change the way people think about clean energy and the world we live in.

“I really hope that the site becomes a public space for people to come, gather and think very deeply about the way we want to live,” he said.

“Climate change is really here. It is not a concept anymore, it’s our reality. And hopefully this will provide a space for people to really understand how some solutions can use technology. But most of the solutions require societal change.”