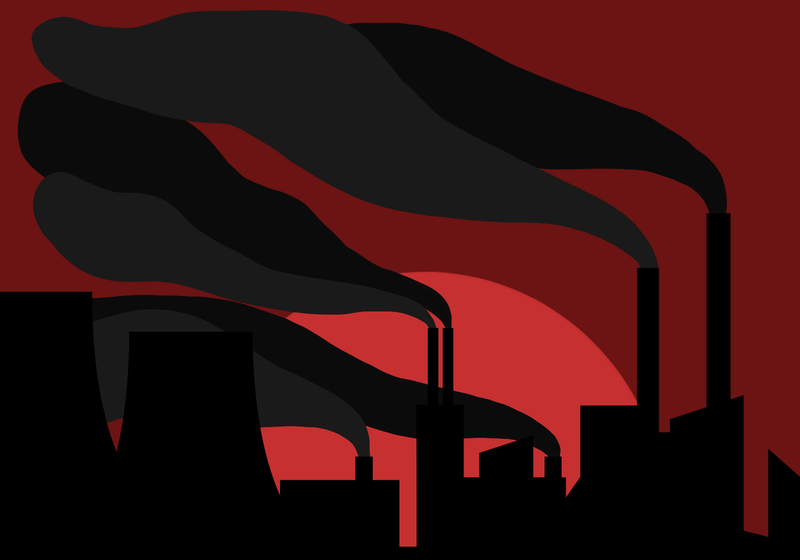 Climate change has emerged as a priority for many voters casting their ballot this September. Kylla Castillo

BC has seen a summer of heat waves, drought and wildfires batter communities across the province. Safe to say, climate change has emerged as a priority for many voters casting their ballot this September.

With the 2021 federal election approaching, The Ubyssey has broken down the platforms of the four major parties on climate policy to help students stay informed.

The Liberal Party’s platform builds upon its previous efforts and promises to do more for a “greener, cleaner future.”

If re-elected, the Liberals promise to meet an “ambitious” emission reduction target at 40–45 per cent below 2005 levels by 2030.

The Liberals’ platform commits to obtaining net-zero emissions by 2030, with five-year reduction targets applied to the oil and gas sector to “stay on track.” The party has also previously committed to increasing carbon pricing by $15 per tonne annually starting in 2022 and will reach $170 per tonne by 2030.

The party also promises to protect old-growth forests in BC by reaching “a nature agreement” with the province and investing $50 million into a “B.C. Old Growth Nature Fund,” while working with First Nations groups and local communities.

It also pledges a 100 per cent net-zero emission electrical grid by 2035 through new tax credits and the implementation of a “Pan-Canadian Grid Council.”

As the incumbents, the Liberals have faced scrutiny for the pace at which its climate policies affect change.

In a live debate, New Democratic Party (NDP) Leader Jagmeet Singh confronted Liberal Leader and Prime Minister Justin Trudeau about how emissions have gone up under his leadership.

The party has defended their policies, with CBC News reporting that “Liberals say carbon pricing is still in its early stages” and that it expects improvements in the coming years.

However, other G20 nations and collectives, most notably the European Union, have remained on track for emissions targets. In fact, since signing the Paris Agreement in 2015, the EU has seen observable emission reductions. Though Trudeau came into power that same year, Liberal policies have not had similar outcomes. In fairness, it should be acknowledged that the EU has been on a downward emissions trend since the 1990s.

Rising emissions are not the only shortcoming of the Liberals’ platform. According to a May 2021 report by the International Energy Agency, the road to achieving net-zero by 2050 should include an immediate halting of all oil and gas projects — a goal contrasted by the Liberals’ commitment to building the Trans Mountain Pipeline.

When asked about how the Liberal Party justified its purchase of the Trans Mountain Pipeline, Minister of Digital Joyce Murray, Liberal incumbent candidate for the Vancouver Quadra riding, referred The Ubyssey to a recent interview with Simon Fraser University Professor and climate expert Dr. Mark Jaccard.

In the interview, Jaccard discussed the importance of modelling climate policies, explaining that both the expected efficacy in “bending the curve of greenhouse gas emissions” and cost are weighed. According to Jaccard, the Liberals and Conservatives have more manageable but modest climate policies; however, he gave the Liberals a higher ranking than the Conservatives, and ranked both above the NDP and Greens.

The Conservatives’ platform pledges to meet the Paris Climate Agreement emissions target — a 30 per cent reduction compared to 2005 levels — by 2030.

If elected, the party plans to eliminate the consumer carbon tax backstop and instead opt for a “Personal Low Carbon Savings Account.” When buying hydrocarbon-based fuel, money will be put aside to help the consumer move towards a “greener life,” like buying a transit pass or saving for an electric vehicle.

The party also promised carbon pricing at $20 per tonne, while capping it at $50 per tonne.

Additionally, it promised to increase the number of zero-emission vehicles, impose carbon border tariffs on “major polluters” and more.

The party committed to invest in carbon capture to “trap” carbon dioxide emitted from facilities and in “natural climate change solutions” like forests and wetlands.

The platform emphasized that the Conservative climate plan was independently reviewed by Navius Research, which claimed that the plan would achieve “substantially the same emissions reductions” as the Liberal’s 2020 plan.

The Conservative plan faces challenges similar to that of the Liberal plan.

Armstrong emphasized that the party will innovate ways to reduce emissions from the oil and gas industry, while still preserving the “thousands of jobs” that industry supports.

Like the Liberals and NDPs promises to reduce emissions, the Conservatives also fall short of the proposed “fair share” necessary to limit global temperature increases.

The Conservatives’ pledge to reduce emissions is lower than other parties but, according to Armstrong, it will not end there. He said once the 30 per cent reduction target has been reached, the party will continue to prioritize ways to minimize emissions.

Individuals are given the core responsibility for addressing climate change. The “Personal Low Carbon Savings Account” leaves investment into greener options up to Canadians — some may opt to spend their savings on greener alternatives, while others may not.

But perhaps most notable is that these policies stand on unsteady ground; the Conservative party declined to put the words “climate change is real” into party policy this past March. 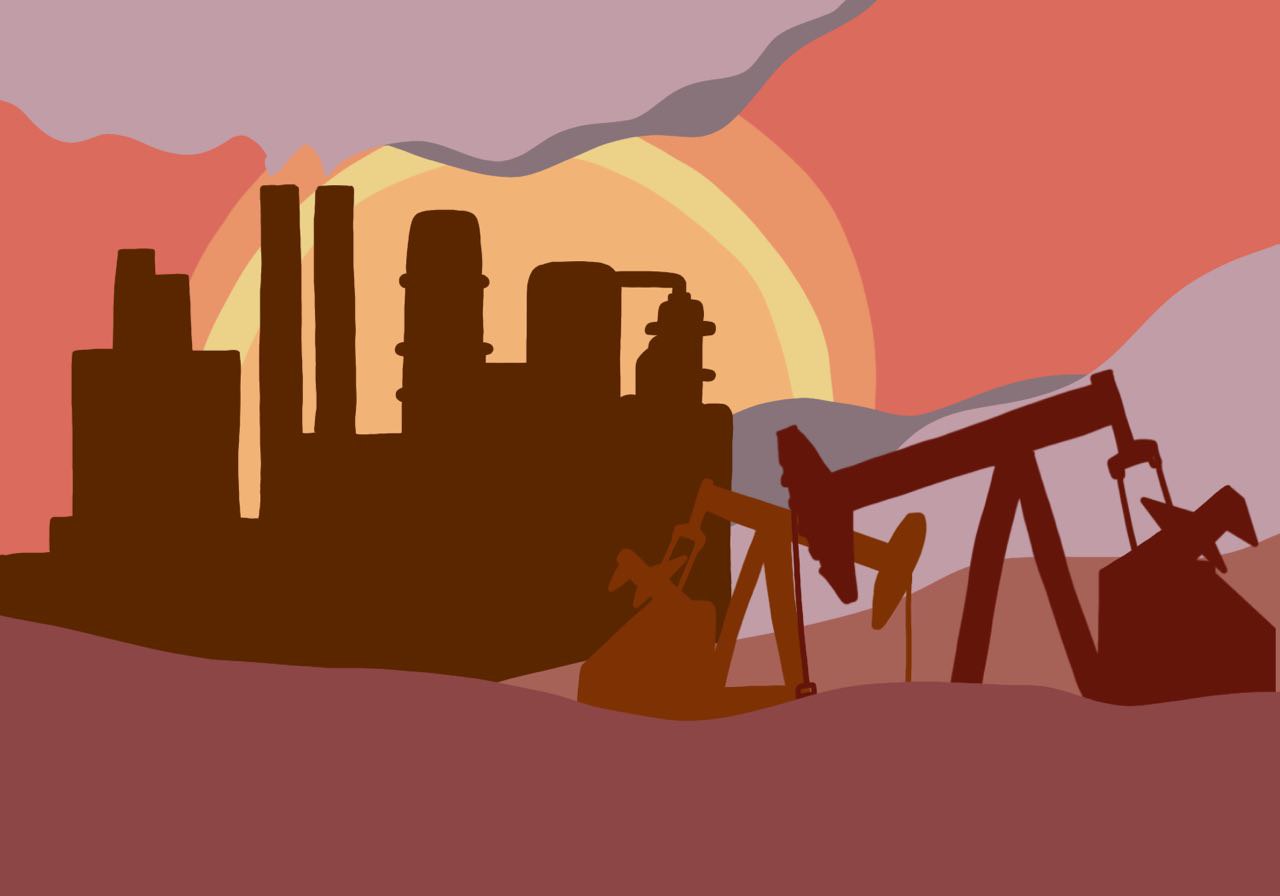 In a 2016 report by Dr. John Cook and colleagues, a survey found experts agreed that 97 per cent of studies related to climate change were in “consensus” that the trend is aggravated by human activities. File Rachel Cheang

The NDP’s climate policies highlight room for expansion and greater equity in addressing the climate crisis.

The platform advocates for the expansion of carbon pricing to eliminate “loopholes … given to big polluters,” the elimination of fossil fuel subsidies and the enforcement of more stringent efficiency standards for new buildings.

All the while, the NDP aims to centre reconciliation and Indigenous knowledge within its climate policies and create an Office of Environmental Justice to confront pollution and biodiversity loss within low-income, racialized and other marginalized communities.

While more ambitious than the Liberal plan, the broad goals of the NDP plan belie a lack of details on how they’ll be achieved.

During a September 7 campaign stop, Singh declined to clarify how exactly the NDP’s carbon pricing plan would differ from the Liberal plan — the party previously aimed to widen the range of companies within a given industry who would have to pay for carbon emissions.

Singh has also yet to speak on the party’s views towards the Coastal Gaslink natural gas pipeline, which he previously supported despite opposition from Wet’suwet’en hereditary chiefs. The terms “fracking” and “hydraulic fracturing” make no appearance within the platform.

The NDP’s commitments regarding public transit are made alongside promises by all major parties — more information regarding these policies and their analysis can be found here.

Vancouver Quadra’s NDP candidate, Naden Abenes, did not respond to requests for an interview.

The Green Party’s platform places an emphasis on strong government stimulus and industry regulations to address the climate crisis.

The party wants Canada to reduce its “fair share” of emissions, calling for a 60 per cent reduction in emissions by 2030 and becoming carbon-negative by 2050.

Regulation and infrastructure emerge as major themes, as the platform calls for an end to all fossil fuel subsidies, fracking and new pipeline construction. The party also aims to create a 100 per cent renewable electricity grid — without nuclear energy — and impose a ban on fossil fuel-powered vehicles (specifically “internal combustion engine passenger vehicles”) by 2030.

Under Green Party rule, carbon taxes would increase by $25 per year between 2022 and 2030. The government would also implement a carbon border adjustment to protect Canadian companies from facing disadvantages in the marketplace.

The Greens hope that pandemic recovery efforts like a nationwide building retrofit programme and worker retraining resources will bolster Canada’s economy while staying true to its aim as an international climate leader.

Having the most ambitious climate plan, the Green Party faces the hardest political headwinds to turning its ideas into policy.

While going carbon-negative requires massive investments in infrastructure and public services, funding sources for the Green Party’s plans have yet to be released. However, the party is leaning on a growing repertoire of studies that show that the projected fiscal and physical consequences of climate change far outweigh the costs of reducing emissions.

Implementing efforts like a nationwide clean electricity grid may also be difficult, as electricity generation remains a provincial issue.

But perhaps the hardest step will be convincing voters to recognize the benefits — and look past the upfront costs — of a just transition.

Dr. Devyani Singh, Green Party candidate for Vancouver Quadra, explained that the transition would take place within a “managed wind-down,” during which workers would receive retraining resources and wage assurances as opportunities open up in greener industries.

Singh pointed to interactions she had while researching Albertan oil and gas fields as a testament to her belief that workers could thrive through an energy transition. She says that instead of casting doubt, the government should provide pathways for workers to move into green jobs.

“How many of the people who keep saying [oil and gas workers] will be left behind have actually gone to oil and gas fields ... and seen how technical and skilled they are,” said Singh. “Saying that they can’t transition to another industry is frankly an insult to their intelligence and that bothers me because they are really good, hard-working, smart people.” 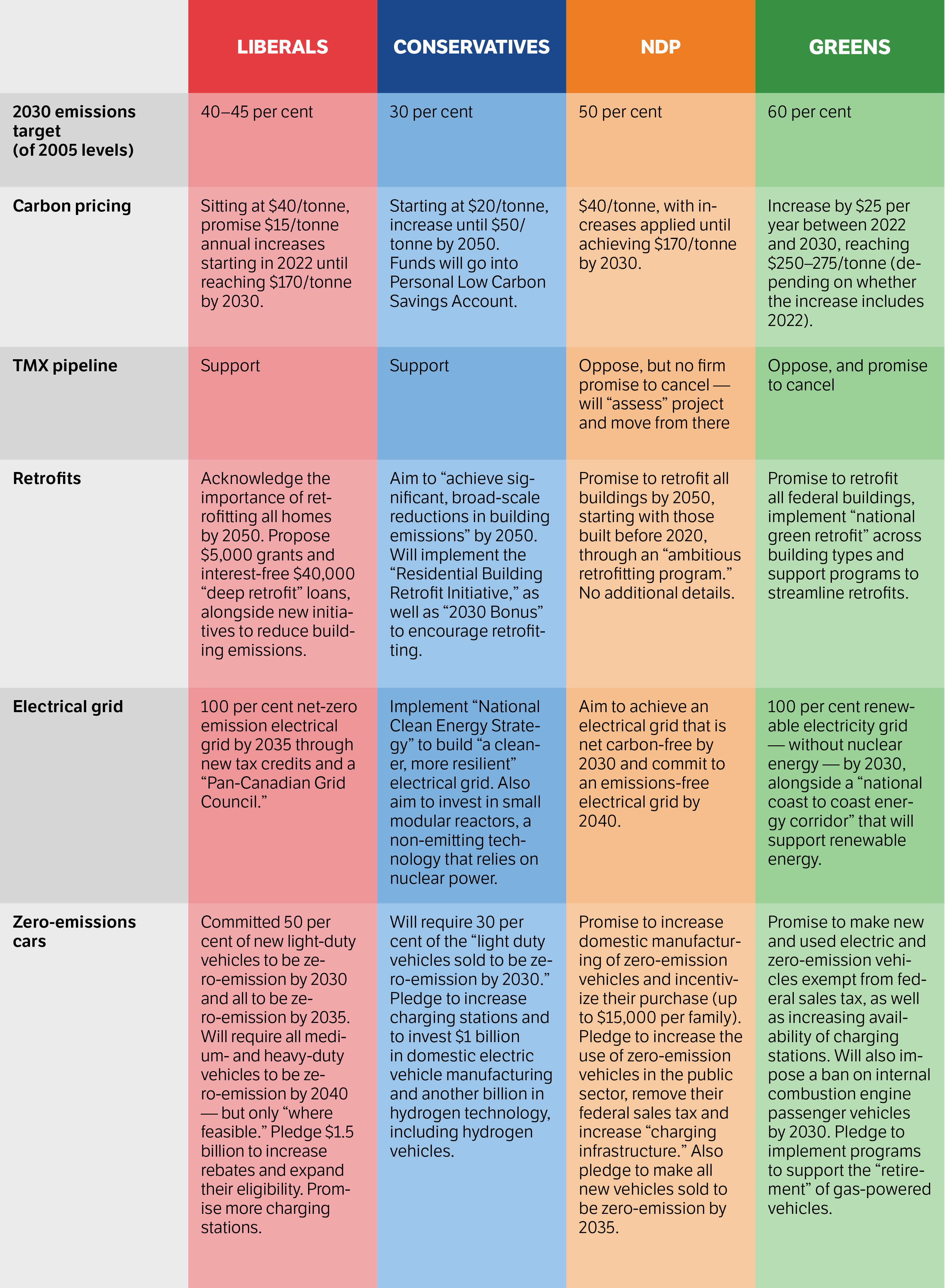 This article is part of The Ubyssey’s 2021 federal election coverage. To read more, click here.