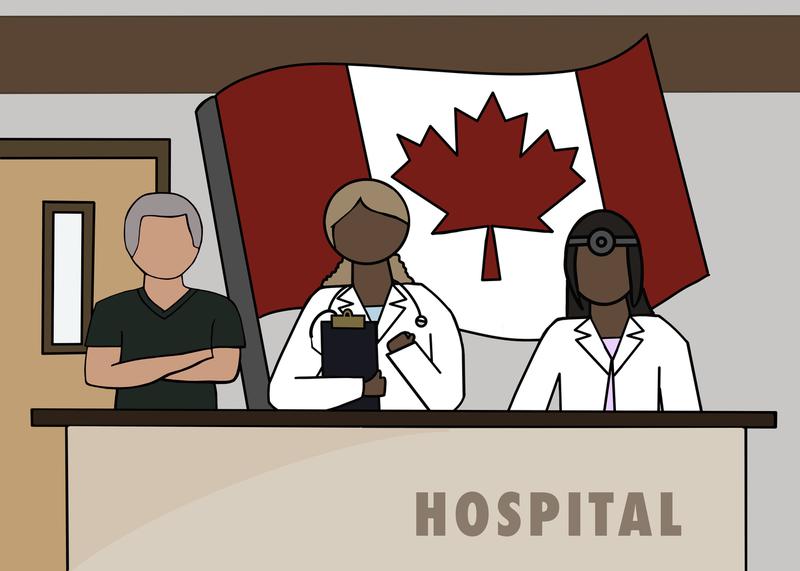 The parties address a range of healthcare topics, including sexual and reproductive health, drug coverage and more. Jasmine Manango

In the wake of the COVID-19 pandemic, health care policies have been brought to the forefront of Canadian politics in this election year.

As health care policies touch on a range of topics from the accessibility of menstrual products and reproductive rights to the coverage of health services like dental care and prescription medicine, these platforms will directly impact the lives and well-being of students. The Ubyssey has compiled the primary health care policies of the four major political parties so that students can remain informed for the upcoming election.

If the Liberal Party of Canada remains in office, they have committed upwards of $10 billion to fund “a health care system, for everyone.” They pledge $6 billion to cut waitlists, $3.2 billion to hire 7,500 new family doctors, nurses and nurse practitioners, and $400 million to be funded over four years to improve virtual health care services.

The Liberals promised to “protect the integrity of our universal public health care” by deducting health transfers from provinces that permit added charges for publicly funded services.

Improved access to sexual and reproductive health services were promised by the Liberal platform, with the party proposing to “establish regulations” under the Canada Health Act that will cement access to publicly funded services, as well as committing $10 million to fund a health portal that will provide “accurate, judgement-free, and evidence-based information on sexual and reproductive health and rights.” The portal will offer a section that addresses misinformation regarding abortion.

The party is committed to “moving forward” with PharmaCare and the provincial-territory agreement signed under their leadership, which aimed to “accelerate” the move towards national universal PharmaCare.

They also promised to support student wellbeing by introducing a fund that will facilitate the hiring of 1,200 new mental health counsellors at post-secondary institutions across the country, including those who can support BIPOC students.

Currently, men who have sex with men are banned from donating blood unless they abstain from sex for a minimum three-month wait period. Though the Liberals promised to lift this ban during the 2015 and 2019 election cycles, no move has been neither made by the party to fulfill this promise, nor is the phrase “blood ban” mentioned in their 2021 platform.

To fund a mental health and wellness strategy for First Nations, Inuit and the Métis Nation persons, the Liberals promised an additional $1.4 billion on top of their previous $597.6 million investment. They also promised to “maintain their commitment” to invest $6 billion to facilitate access to clean drinking water for First Nations communities. Though the platform highlights the 109 long-term water advisories that the Liberal government has lifted, it makes no comment on the party’s failure to meet their previous target to end all long-term water advisories by March 2021.

Under Liberal leadership, “Joyce’s Principle” will be fully implemented. The goal of this document is to cement that “all Indigenous Peoples the right to equitable access to social and health services, as well as the right to enjoy the best possible physical, mental, emotional and spiritual health,” according to the Government of Canada. The Liberals wrote that Joyce’s Principle will guide efforts to co-develop “distinctions-based Indigenous Health legislation” that will facilitate a health care system free of discrimination and racism.

If elected into office, the Conservatives pledge to strike up a new health care agreement with the provinces and territories within 100 days of being elected. They wrote that this agreement will increase the annual growth rate of the Canada Health Transfer (CHT) to at least six per cent.

CHT refers to the funds given to the provinces and territories from the federal government for health care services; currently, the annual growth rate depends on annual economic growth with a floor of three per cent. The Conservatives assert that a boosted CHT will pour $60 billion into the health care system over the next decade.

The Conservatives promised to not support any legislature designed to regulate abortion. This statement comes months after the proposal of Bill C-233 by a conservative MP — the bill aimed to amend the Criminal Code to ban abortions performed on the basis of sex. The Conservative Party was split in their votes on the matter, with most voting in favour of the bill and Party Leader Erin O’Toole voting in opposition. Critics of Bill C-233 argued that it was a “Trojan horse” designed to limit access to abortion services.

Medical assistance in dying (MAID) will be further regulated under Conservative leadership, as the party feels the current legislature “devalues human life.” The regulations that they proposed include implementing a ten-day waiting period for those seeking the service, repealing Bill C-7 which allows those with mental health challenges to seek MAID, requiring that two independent witnesses to mitigate coercion and allowing discussions pertaining to MAID to only be brought up by the patient and not health care staff. For context, Bill C-7 asserts that those who “have lost the ability to consent” may still opt for MAID, if they had previously agreed to it with their health care provider. ​​

Conservatives also want to protect the “conscience rights” of health care staff, meaning that it would preserve the right of health care workers to refuse to perform procedures that conflict with their moral or religious beliefs. Global News reported on August 20 that O’Toole had expanded on his stance, saying that doctors should be required to refer patients to other health care providers if they object to the service themselves.

The Conservative platform does not mention PharmaCare; however, it does state that the party will “negotiate constructively” with the pharma sector to reduce drug prices.

To address the well-being of Canadians, the Conservatives promised to introduce the Canadian “Mental Health Action Plan” to encourage employers to cover mental health care through employee benefit plans. Tax credits covering 25 per cent of the additional costs for the first three years will be offered under the plan. Through the plan, they also promise to launch a pilot program that will offer $150 million over three years to support initiatives and groups dedicated to delivering mental health and wellness services.

In their platform, the conservatives condemned the Liberal government’s failure to end the blood ban, saying that they will do so if elected. 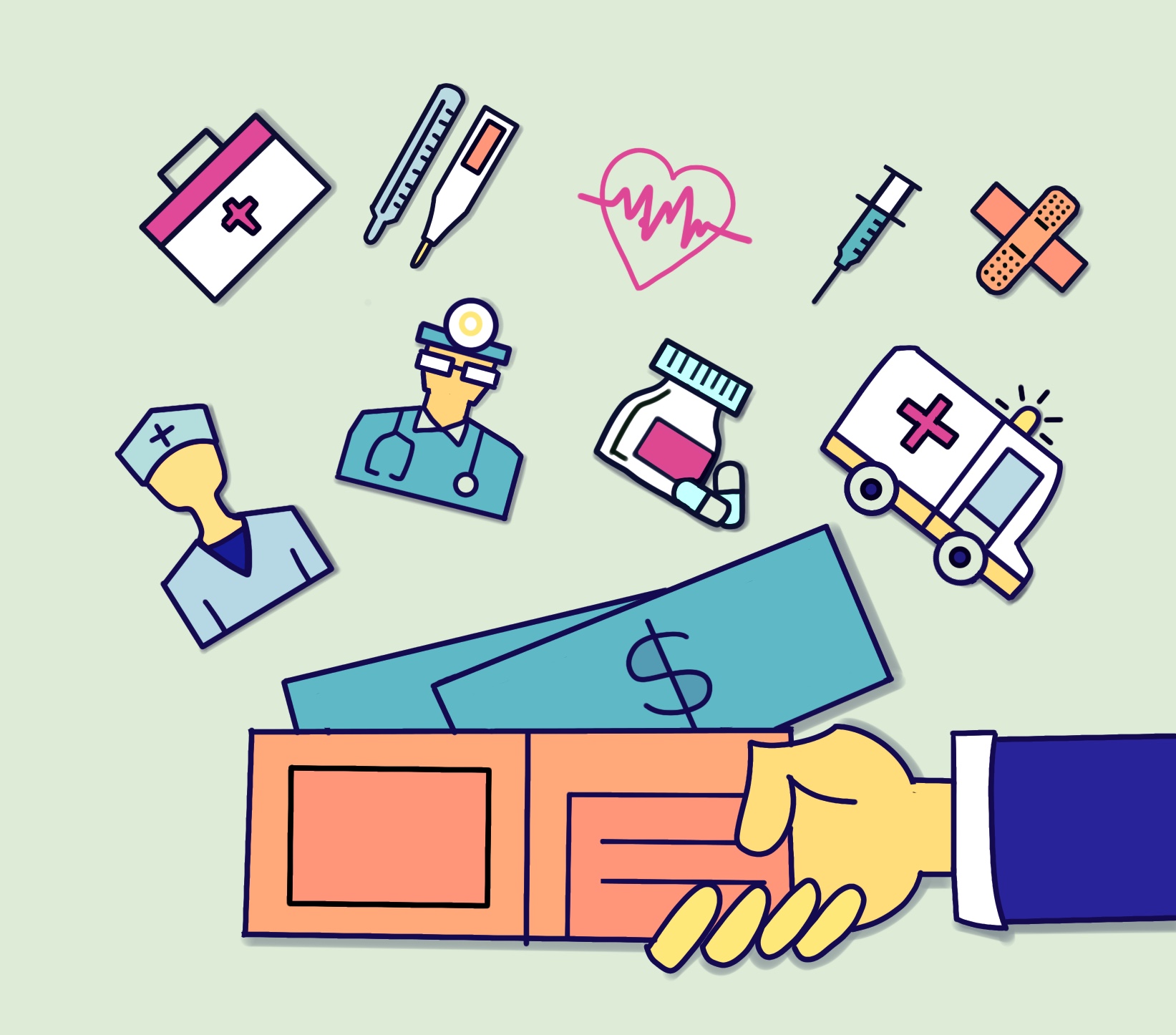 In the wake of the COVID-19 pandemic, health care policies have been brought to the forefront of Canadian politics in this election year. File Yiyang Wang

If elected the NDP promise to invest $10 billion annually to expand medicare so that all Canadians will have prescription drug coverage by 2022.

The New Democrats promise to expand PharmaCare as part of their national PharmaCare plan, pledging that it will make “necessary medicines and medical devices ... free at the point of care” for all Canadians.

They are also promising to “protect Canadians” from trade agreements that could rise the cost of medications.

NDP is committed to working with health providers and provincial partners to add universal dental care, mental health care, eye and hearing care and infertility treatments to Canada’s public health system. Dental coverage specifically is pledged to be offered to those without insurance “immediately,” under NDP leadership.

The NDP has promised to expand the Canadian health system to include comprehensive mental health coverage so those without extended health benefits can gain access to mental health services. They emphasize that prescriptions for mental health-related issues will also be covered under their plan for extended PharmaCare.

Growing families will also be supported under NDP leadership, with the party promising to create a perinatal mental health strategy to support mental health needs from before and after birth.

If elected, the NDP promises to immediately end the blood ban and instead implement policies based on public health findings to ensure the blood supply is safe.

Unlike the Liberal and Conservative platforms, the NDP platform pledges to collaborate with provinces to ensure equal access to publicly funded gender-confirming care across Canada.

The NDP is promising to “close the health gap in Indigenous communities” by implementing “Joyce’s Principle” which is an approach to fight systemic racism in health care. “Joyce’s Principle” was named after Joyce Echquana, an Atikamekw woman who died in a hospital after being verbally abused by health care staff and not receiving adequate care due to her race.

Investments in health care infrastructure, medical supplies and diagnostic equipment for Indigenous communities have also been promised by the NDP, alongside plans to work with these communities to expand mental health care, programs to treat addiction and suicide prevention measures.

NDP is also committed to supporting Indigenous food sovereignty and plans to work with First Nation, Inuit and Métis communities to expand access to healthy food, as well as traditional and country foods in Indigenous communities. For context, the Liberals and Conservatives have also made promises to address food insecurity in the Inuit Nunangat specifically. All three parties make mention of improving the Nutrition North Canada program. The Green Party also pledges to improve food security for Indigenous peoples living up North, but does not mention Nutrition North Canada.

The Green Party’s fiscal plan outlines the proposed investments for PharmaCare over the next five years. The party proposes to increase PharmaCare funding by 5.2 billion in 2022/23 and over 10 billion for the remaining years. There was no mention of any specific funding decisions in the party’s platform.

The Greens plan to introduce basic universal PharmaCare by 2022 which will enable “universal coverage for a list of essential medicines.” A comprehensive formulary — a list of prescription drugs to be covered under this plan — would be made available by January 1, 2025.

It also promises to create an agency for the bulk purchasing of prescription drugs and place limitations on the protection periods of drug patents to facilitate “affordable access to medication more quickly and equitably.”

The Greens pledge to create universal dental care for “low-income Canadians,” while working to include dental coverage for all. The party also promises to “restore the Canadian Health Accord” by increasing health transfers with consideration for the needs of each individual province, reducing wait times at the point of primary care and more.

Under Green Party leadership, federal mental health programs are promised to be expanded to put them on par with physical health coverage. It plans to invest in community-based mental health initiatives, to get mental health included in the Canada Health Accord, and to expand mental health services and intervention for children and young people.

The Green Party — like the Liberals, Conservatives and NDP — promise to end the blood ban.

Like the NDP, the Greens promise to “ensure access” to gender-affirming care and amend the Canada Health Accord to “prioritize” these services.

The Green Party also plans to increase Indigenous mental health services to combat the increased suicide rates in these communities. If elected, the Greens promise to give permanent funding to “land-based, trauma-informed” addiction recovery centers as well as funding to Indigenous-led mental health resources. It also pledged to double funding for the “Aboriginal Health Human Resources Initiative” which aims to increase the number of Indigenous health care practitioners.

This article is part of The Ubyssey’s 2021 federal election coverage. To read more, click here.