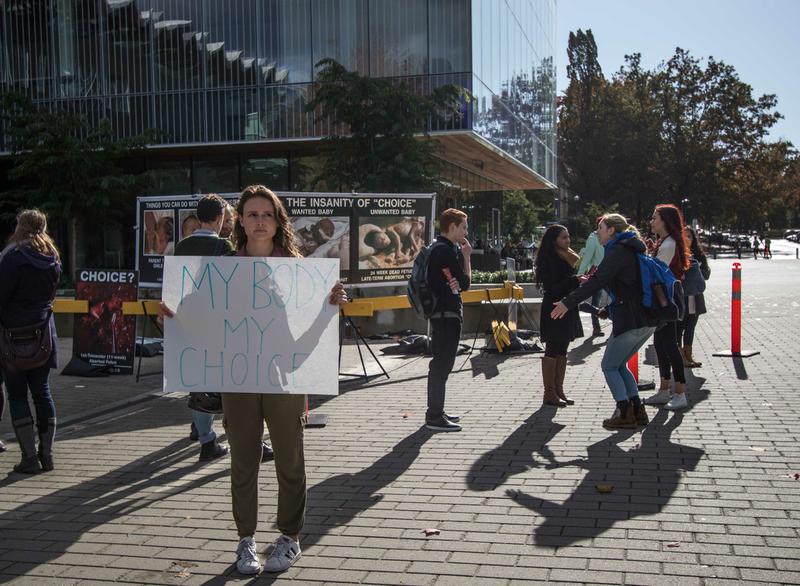 In mid-October, campus anti-abortion club UBC Lifeline set up its annual protest in front of the Nest, equipped with large poster boards and pamphlets to hand out to passing students.

UBC Lifeline is known for its use of graphic images in their stance against abortion.

Despite calls against the use of such images by the AMS and various student groups, UBC Lifeline continues to display these graphic images, courtesy of the Canadian Centre for Bioethical Reform. But what exactly do the images depict and how effective are they in communicating their stance?

The images used depict different stages of development accompanied with the apparent age at which the photo was taken. They range from young embryos — medically defined as “an entity ... that has not yet reached eight weeks of development since the first mitotic division,” according to a 2007 publication in the scientific journal Human Reproduction — to premature infants.

The setting of the photos vary, with some being taken via embryoscopy in the uterus, while others can be a snapshot following the abortion.

Using size and developmental stages as references, Dr. Claudia Krebs, anatomist and professor in UBC’s faculty of medicine, commented that the photos used by UBC Lifeline are “quite accurate.” In one image of a 10 week aborted fetus, the image uses a dime as a size reference and demonstrates that “the major organ systems have developed, the limbs have developed” appropriate to the age.

Krebs expanded on why the medical definition of the embryo ends at eight weeks, explaining that at the end of the eight-week embryonic period, “all of the major organ systems have been assembled in their place — they are in the place where they’ll finish their development and grow into the fetus.” 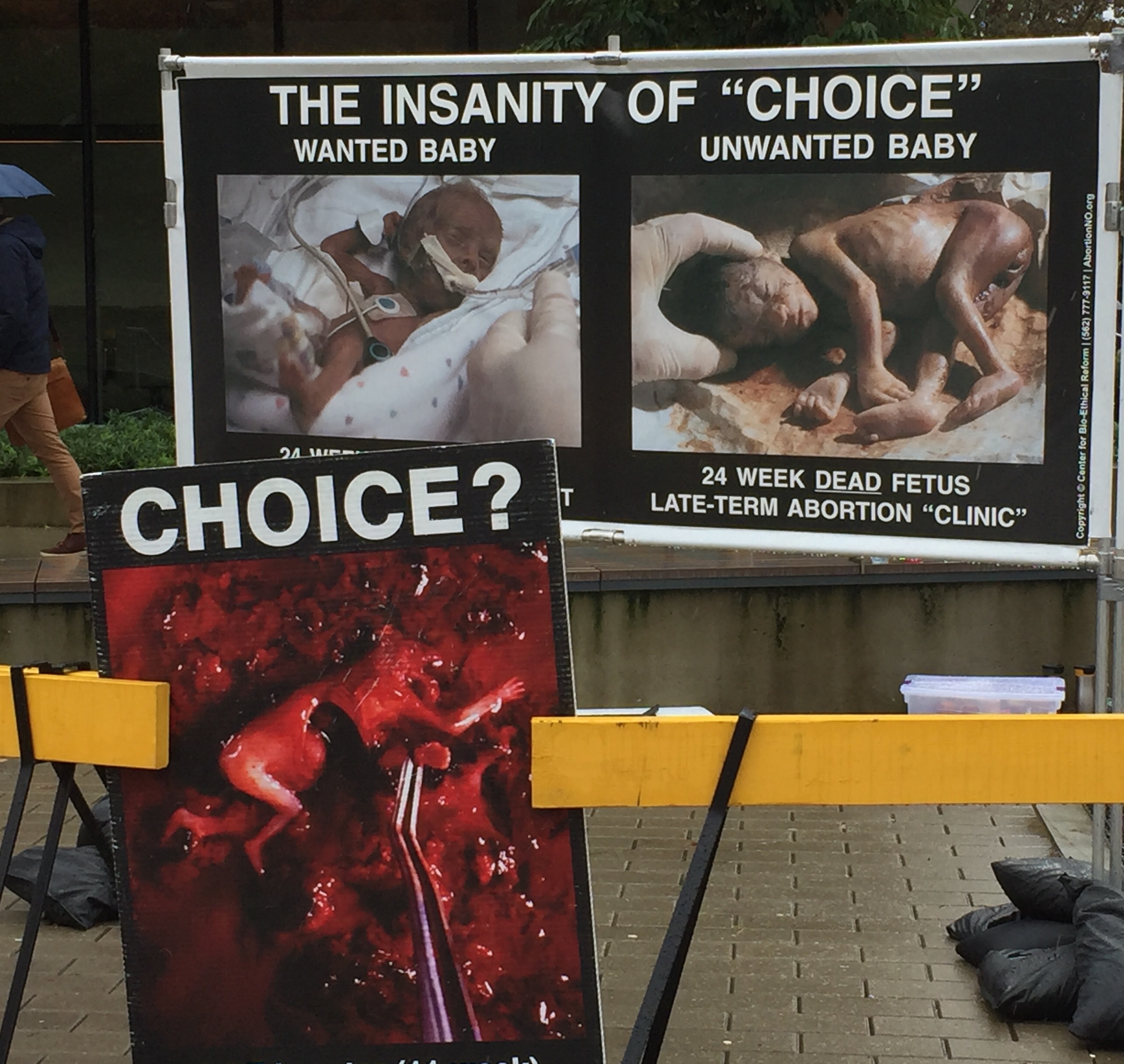 Another set of photos depict the edge of viability, which is defined as the embryo’s ability to survive beyond the womb. A side-by-side comparison of two 24-week premature infants are displayed, with one attached to a set of breathing tubes. The other infant, one that has been labeled as aborted, is dead.

The goal of these photos is a bit murky. Contrary to standard practice, the UBC Lifeline photos use the embryonic age, which is less common and is calculated from the moment of fertilization. When referencing pregnancy, most women and medical professionals use the obstetric age, which is calculated from the first day of the woman’s last menstrual period.

As a result, the embryonic age is two weeks less than the obstetric age.

The 24-week premature infant — presumed to be labelled with its embryonic age — would also be a 26-week premature infant in obstetric age. This is a particularly sensitive assumption because anytime before 24 weeks in obstetric age, “there is no possibility of respiration, there is no intervention you can do [for survival] — they haven’t matured enough yet,” said Krebs.

“It’s really only after 35 weeks that you’re comfortable that the baby is able to breathe on their own without too much intervention.”

It’s true — making the viability call between 22 to 24 weeks is a tough issue.

But if the images are actually depicting two 26 week-old infants in obstetric age, the photos’ intents are unclear. There is little argument at 26 weeks; these infants can survive with medical intervention, and medical professionals and most supporters of abortion do not condone aborting 26 week-old infants.

In BC, for example, “abortions are rarely done after 24 weeks of pregnancy,” according to HealthLink BC, a source for medically-approved information from the Canadian government.

Is it necessarily wrong for UBC Lifeline to use the embryonic age rather than the obstetric age? No — “it’s just not what most people would consider. That’s not necessarily nefarious. It might just be a lack of knowledge… a lot of people don’t know the difference [between obstetric and embryonic age],” said Krebs.

Overall, the images used by anti-abortion groups on campus are indeed accurate.

However, it’s important to keep in mind that accurate data can be used in a myriad of ways, including manipulation to communicate any social or political stance. When walking by these protests, it’s clear that large, graphic images with few words attached are tactics to encourage swift consumption and interpretation of the data.

The tactic itself is not evil — infomercials with wounded animals and sick children frequently use the same strategy to incite an emotional response for a good cause.

Still, the average UBC student doesn’t have the knowledge of a highly trained anatomist. With this in mind, an accurate understanding of the images and ages shown is highly unlikely in the few moments spent glancing over at the protests and graphic images of infants don’t encourage viewers to consider the situation of the mother.

Arguably, this isn’t an efficient way of communicating an issue as complex as abortion.

Every year, the anti-abortion protests on campus are signals for students to continue being skeptical of what they are being presented, to question the validity of sources and to understand the full story before coming to a conclusion.