Arbutus Medical is making surgery safe for everyone 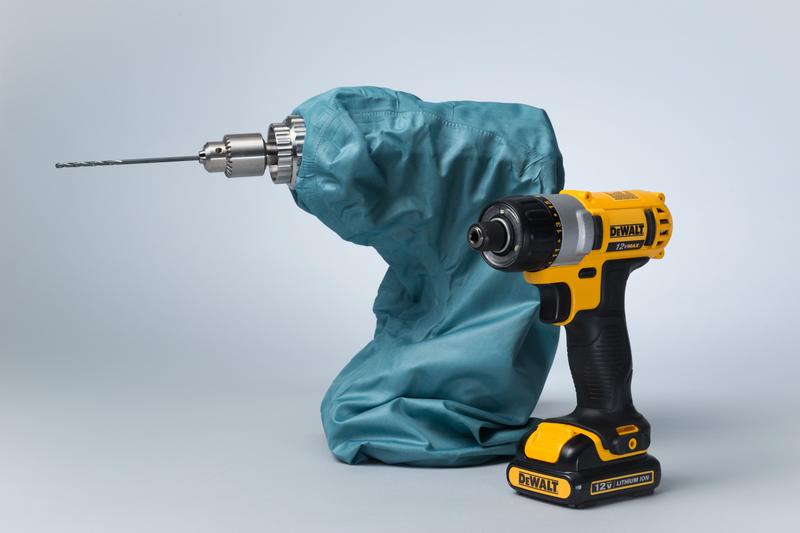 An average surgical drill used at Vancouver General Hospital costs about $30,000. This is unaffordable in many parts of the world and surgeons are left with few options, ultimately resulting in avoidable disability and injury.

A new technology has been introduced to solve this problem: A sturdy piece of fabric that seals around an inexpensive drill, exactly like the kind you would find at your local hardware store. This fabric, called a drill cover, is making safe surgery more accessible around the world. It all started here in Vancouver with UBC graduate students.

UBC Engineering students founded Arbutus Medical — the company responsible for the drill cover. Michael Cancilla, one of the founders and director of technology, credits the Engineers in Scrubs — a graduate fellowship program at UBC — for helping bridge the gap between biomedical engineers and surgeons.

The program allows surgeons to present their problems to biomedical engineers and for the engineers to receive feedback as to how practical their technology would be in use.

“It’s really good when you can create a program like this where you’ve removed all the barriers between the people designing the device and the people who will use the device," explained Cancilla. "It’s a really good format for a collaboration.”

Surgeons who travelled to Uganda reported a lack of surgical drills in operating rooms, despite the adequately trained doctors available to use the tools. This, said Cancilla, is where the development of the drill cover began.

The idea of using a cover is not unique to Arbutus Medical. Basic covers have been created before, but none had been quite good enough to provide a completely reliable and safe surgical procedure. Arbutus Medical tested multiple prototypes with doctors until they came up with their current model. This drill cover stands out because of the attention put into the entire use of the cover.

“We have a loading procedure we developed with Vancouver General Hospital to allow the nurses to put the drill into the bag very easily,” said Cancilla.

He also pointed out that the specific shape of the bag matches the drill, which is perfected by textile experts. The fact that a true barrier is created between the drill and the operating room doesn't create any room for the transfer of bacteria or liquid, making a cheap drill with a drill cover on par in terms of safety with the expensive equipment people have access to at hospitals in the Vancouver.

The drill cover is being met with enthusiasm all over the world. There are approximately 215 drill covers currently being used and over 4,000 surgeries have been performed with the devices. Arbutus Medical hopes to increase these numbers and eventually move on to modifying other expensive tools required in operations. The company remains centered around its foundational purpose to create more equality in terms of access to safe surgery.

Anyone with a similar goal is offered two pieces of advice.

The first is to take advantage of the programs offered at UBC and opportunities elsewhere. In addition to Engineers in Scrubs, Arbutus Medical benefited from surgeon experiences with Uganda Sustainable Trauma Orthopaedic Program (USTOP) at UBC and the Coast Capital Savings Innovation Hub.

"Get out of the workshop, the lab or the office and start asking questions. Learn about what you need to create before you create it," advised Cancilla.