When we push far beyond the boundaries of what our current science is capable of, should we be afraid of what we might find?

The theory was simple: the present doesn’t exist. Or better: ‘now’ is like ‘here,’ a place you can happen to be, nowhere special. But the brain has its own ideas about time, marching forward to the beat of a different drum,

For ever and for ever when I move.

Kovalevskaya and I took the same undergraduate class on Tennyson, then another on the philosophy of time. She was quick-witted, intellectually omnivorous, incandescent; we met in coffee shops and later, her apartment. When her interests drifted towards neuroscience, I drifted with her. After graduation we fell out of touch, but she quickly established herself as one of the most promising young neuroscientists in the world.

She had never stopped thinking about Tennyson’s arch, and wondering if that ineluctable motion could be slowed or even arrested. This was a physiological problem, something about the way the brain processed sensation and memory; since the present didn’t exist, it had to be. So Sonya Kovalevskaya turned her thoughts towards stopping time. 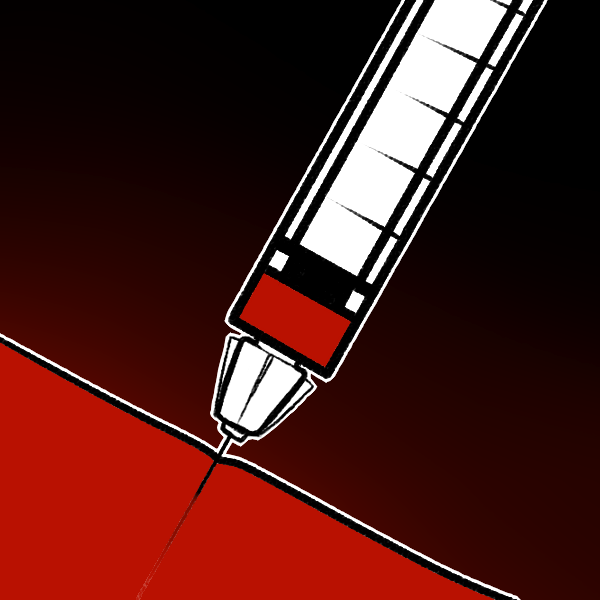 The doctor explained the Treatment to the woman in front of me, leafing through her fMRI, gene assays, blood work, motif summaries for hormone and transduction networks, slicing along a different set of coordinates.

“The Hippocampal Kinase Network Treatment — or Treatment for short — alters the way we store memories and perceptions, slowing the subjective flow of time.” The woman in front was obviously terrified; the doctor softened and he tapped the wad of panel readouts. “We know your neurophysiology back to front. It’s perfectly safe.”

“But the critical dosage...” she offered weakly.

“Does not exist. The kinase transduction networks across the hippocampus, frontal cortex, caudate and so forth, are rather delicate. Increase the dosage, and you start to get traffic jams in the network, so beyond a certain point the Treatment does nothing. Effectively, there is a minimum coupling to the past.”

“I can’t lose my memories?”

“Precisely.” He smiled ambiguously as the orderly led her away. Kovalevskaya started with a prototype Treatment for rats, concluding from cortisol levels that mild doses could switch off the stress response. Two years later, clinical trials were approved for humans; small doses relieved stress, while larger doses mitigated anxiety, depression, psychosis. Once the synthesists figured out all the parts of the neuroactive cocktail, they were in business: a New Pharma, whose universal active ingredient was the flow of time.

Sonya and I stopped talking in the first year of grad school. We were in different countries, busy with new research, new friends, new romances, but it was more than that. I was disturbed by her obsession with the Treatment. My concerns also played out in the murine realm. Rather than talk to Sonya, I started investigating high doses in rats. Pump in enough Treatment, and it messes with the relation between perception and memory permanently (Hodgkin hysteresis). But brain-damaged rats brought us together again. Sonya, now heading her own lab, made me a job offer to study hysteresis with her. How could I say no?

A month after I started, people in defense and corrections started asking about hysteresis in humans. The military wanted drugs for soldiers, a sort of one-shot modafinil; corrections wanted an alternative to capital punishment. With our reluctant cooperation, they found some desperate volunteers and juiced them up until they changed. The corrections system people were happy with the results: servile, weakly-coupled drones fit for hard labour. We called them “the corrected.” But the military wanted more. 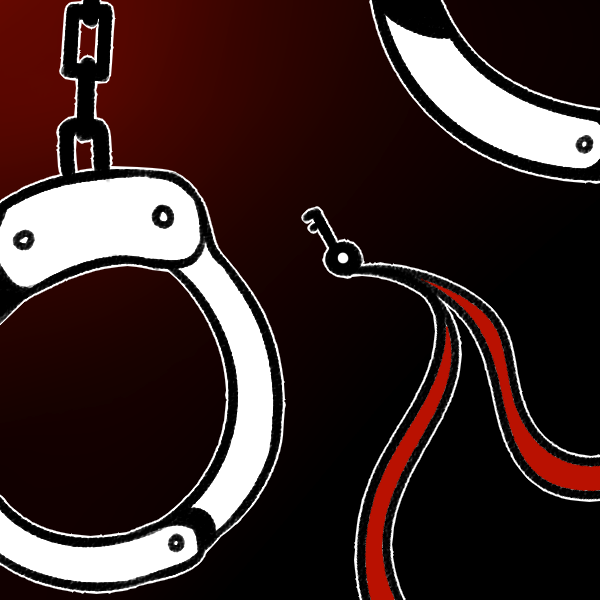 The doctor approached. “Dr. Hodgkin, it’s an honour. I think we can dispense with the introductory material, but I doubt many issues of nature neuroscience find their way into maximum security. I’ve taken the liberty of printing some studies on cognition and affect for correctional doses. You may find them... encouraging. Take your time, you’re the last today.” The CCTV camera swivelled as he left the room.

I sat and read: delayed matching, Gabor filters, effect sizes... All it proved is that the corrected were functional. It didn’t show that they weren’t different people. Identity was more than memory: it required a sense of proprietorship, that these things happened to you, the same you now invoking the trace.

The clock struck its hammer blows on the wall. The prison officer by the door yawned, checked her pager. Just another day at the women’s correction farm. The doctor returned and motioned to the officer, who glanced briefly in my direction and stepped outside. The doctor paused awkwardly.

“This is against protocol, but I have to ask: What really happened to Sonya Kovalevskaya?” You’ve read the headlines. I confessed.

“Yes yes, the greatest mind of a generation, destroyed by a homicidal Luddite colleague. I consulted for forensics on the case, signed an NDA the length of a Tolstoy novel. We could never prove it was you, or even determine what was wrong with her.”

I’ll bet. You probably won’t believe me, but whoever walks out of here won’t care either way. You’re in corrections. You have low-level clearance, but don’t know about the military experiments. The critical dosage is real.

“I’m a high-dosage specialist. I would have heard.” Not if it was more classified than MKUltra.

Sonya believed that we are just slices in time, bound by cause and effect. She called it the “salami model”: brain states as salami slices, squished together along the sausage axis of time. At the critical dosage, you completely decouple from the past. The salami model breaks down. The military trials probed the super-correctional regime and found a plateau where the Treatment has no further effect, just like the textbooks say. But three subjects at the tip of our dosage spectrum were different. Their EEG readings were completely unintelligible; a military doctor went to check on them and sort of... crumpled. Then the door was open and they were gone. 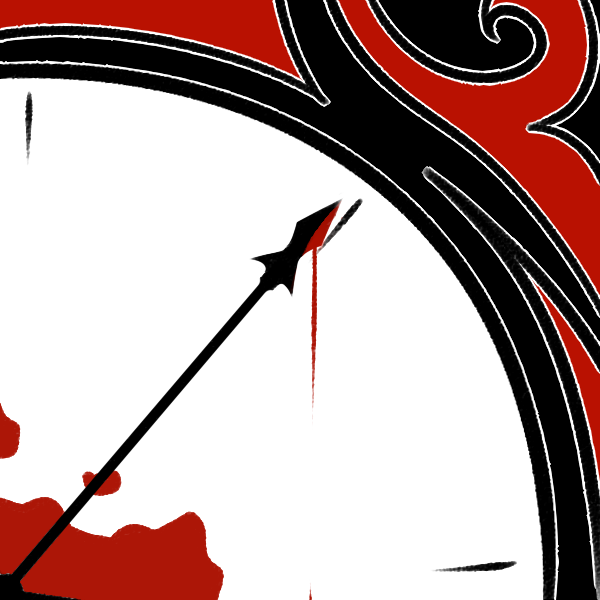 We doubt they thought of themselves as people. Some arousal of the sympathetic nervous system told them to escape, to respond with force to force. But upstairs, they were evolving in perceptual space, sifting out finer and finer frequencies in the world around them. Complete de-coupling opened up new structures in the data, things that you and I can’t see. The camera footage shows three creatures clumsily dragging around wires and drips, who could speak without words, see round corners, do things to people. Sonya and I argued that they should be isolated, studied, but we were overruled. After considerable effort, security forces shot them at the perimeter. I wonder what it felt like: one slice, dying forever.

Later, Sonya joked darkly about “joining the ranks of the fully rotated” and their “Fourier- transformed salami.” I didn’t take it seriously. But the obsession had never gone away, the

Beyond the utmost bound of human thought.

One day, she figured out how to damp the sympathetic nervous response and took a critical dose. I couldn’t get her on the pager, sensed that something was wrong and went to her apartment, but it was too late — she was gone. I dragged her into the auton and took her to the lab to run scans, but I must have triggered some security wetware. The police arrived and found me trying to fix her, red-handed, I guess, from their point of view. I knew all along the Treatment would consume her; I should have been the one to stop her, and I failed. Now she sits in a hospital somewhere, fully rotated and evolving harmlessly in perceptual space. And here I am.

The doctor smiled ruefully. “You know, she’s held in this very facility? Her neural activity is unlike anything we’ve ever seen. One of our forensics wags jokes that her mind remains unique.” It’s not a mind. She’s not a person. “No, you’re suggesting we have a Nobel prize-winner turned telekinetic zombie. But I wonder — if the rotated are not people in our sense, could they bind along a different axis? An orthogonal notion of personhood, born from the critical dosage. Perhaps Sonya is still there, lonely and looking for friends.”

There was a thud somewhere; an alarm sounded in the distance. The prison officer rushed back in, locked the door and cuffed me. “Code silver. We need to abort the procedure and move to a secure location.” Static, bursts of panicked crosstalk on the walkie. There was a crash, and the door opened onto total blackness. The cuffs undid themselves, and the doctor gave a gasp and collapsed, bleeding from the nose. The officer unholstered, fired twice into the dark before something burst wetly and they slumped to the floor.

Light flickered in the corridor. A shambling creature trailing wires and drips.

The lights begin to twinkle from the rocks;

The long day wanes; the slow moon climbs; the deep

Moans round with many voices.