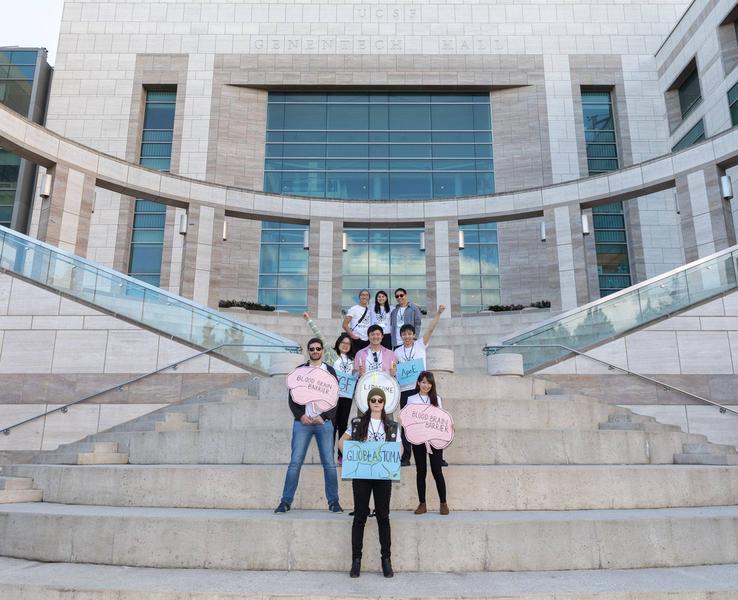 You can make the molecules of life into robots, drug carriers or even little computers. The possibilities are endless.

The UBC BIOMOD team recently won gold at the Biomolecular Design (BIOMOD) international design competition that gives undergraduates from around the world the opportunity to showcase their innovative, biologically inspired engineering projects.

BIOMOD involves working with biological molecules at the nano level and engineering them into something new or revolutionary. Participants create projects to address concerns in several fields such as medicine, biocomputing or environmental science.

This year, the competition — called The Jamboree — was held at University of California San Francisco at the end of October. In the competition, teams must put together a video, a website and a presentation based on their work. UBC BIOMOD, a team founded last year and comprising of 17 active members, was one of the winners in the highest gold category. Their project was a drug delivery system that could be used to cure a type of brain cancer called glioblastoma multiforme.

“The whole team was very excited by the idea of innovating something to do with a brain disease. It’s a mystery to most and there aren’t many therapeutic solutions out there,” said Ileana Co, a co-captain of UBC BIOMOD.

Glioblastoma multiforme is a brain disease that has a low survival rate, with only 10 per cent of patients being able to live longer than five years. Like most brain cancers, it is difficult to treat.

The UBC project, called the “Trojan Bull Drug Delivery System,” used a liposome — a small balloon of membrane that can carry drugs and small molecules. This system can pass through the barrier between blood and the brain by the action of an extension on the liposome's surface.

A second molecular extension was used to identify and latch onto cancer cells. The system then delivered the drug it carried to cancer cells in the brain. This allowed it to not harm healthy parts of the organ.

UBC BIOMOD is composed of mostly engineering students specializing in chemical and biological engineering, along with some immunology and chemistry students. They are also lucky to receive guidance from a few graduate students and faculty members. The team recruits new participants in January and brainstorms project ideas through March. Once the idea is decided upon, members go through previous research and try build their new project in the lab. Then the video, website and the presentation are put together.

“Our presentation included a little skit and was placed second by the audience choice, which was pretty great,” said Nathan Chan, another co-captain of the team.

The BIOMOD competition was founded in the Wyss Institute at Harvard University in 2011, with the purpose to develop new research ideas. The club hopes to create a more interdisciplinary team and is considering a project with allergies for next year.

“What worked best for the team this year was that everyone was from a different background and had something unique to contribute. We are super grateful to them,” said Co when asked about the winning formula.

Biomolecular technology is a widely expanding field and one that is likely to see a lot of growth in our time. UBC BIOMOD wishes to make more people aware of it and get excited about the competition.