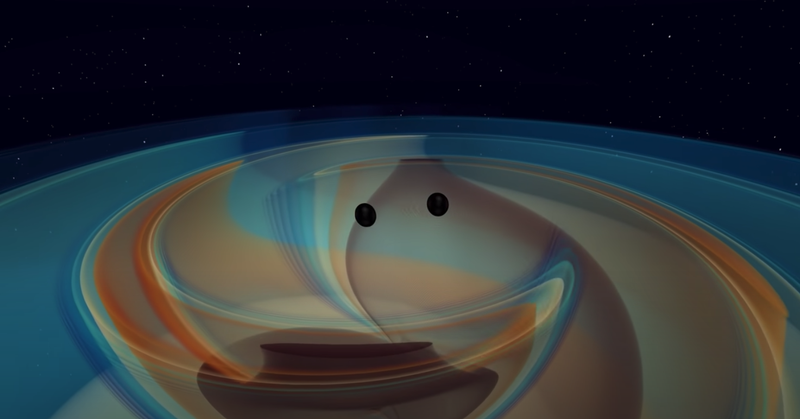 “The more we looked at the data, the more we realized; this could not be an instrumental artifact, this had to be a real signal.” Screenshot via Max Planck Institute for Gravitational Physics/YouTube

For many of us, the words ‘black hole’ may conjure up images of vast, ineffable cosmic bodies that have been the subject of much discussion and study in past decades.

But the detection of what may be the most massive black hole collision to date may shine more light on these mysterious phenomena.

An international team of researchers, including members of UBC’s gravitational wave astrophysics (GWs) group, detected a signal from a gravitational wave in May 2019 and published their findings this September. The signal believed to pinpoint the collision, named GW190521, was detected by the team at a location about 17 billion light years from Earth — the farthest gravitational wave source observed yet.

The collision of the two black holes is believed to have resulted in the formation of an enormous black hole of about 142 solar masses and the release of a colossal amount of energy, rippling the curvature of spacetime and allowing its detection across vast distances.

“This is a really incredible find because for the very first time we have evidence that there are black holes that exist somewhere in between the stellar mass black holes … and the very, very massive black holes that we do see at the centre of galaxies, like our own.” said Dr. Jess McIver, head of the GWs research group and co-chair of the Laser Interferometer Gravitational-Wave Observatory (LIGO) Detector Characterization group.

McIver described the discovered type of black hole as a “missing link.”

“We have been seeing hints of the role that black holes play in the formation of larger structures in the universe,” said McIver. “Now that we know these [intermediate black holes] exist, we can start incorporating them into our models. So that’s a huge development.”

Speaking to the importance of supermassive black holes in the cosmic schema, Dr. Evan Goetz, research associate at the GWs research group and member of the LIGO Scientific Collaboration, highlighted the detection’s impact as “[it] starts to tie in the pieces of this broader picture that we’re trying to understand of, how do supermassive black holes form, and how do they influence galaxies and star formations?”

McIver also described the discovery’s importance in pointing to supermassive black holes as being part of an “evolutionary chain” of black holes. The delay caused by the detected gravitational waves having to travel the enormous distance to Earth meant that researchers were able to observe an event that occurred in a much younger universe.

The more we looked at the data, the more we realized; this could not be an instrumental artifact, this had to be a real signal.

The source was seen to have a redshift (increase in wavelength) of 0.8, giving indications of a universal expansion by a factor of 1.8 since the occurrence of the event.

The detection of the collision was made possible due to the astronomical forces involved, with the great distance rendering it impossible to pinpoint its exact location.

“There really were only a few waves that propagated that we observed in the detector … we can’t say, ‘it came from that galaxy over there,’” Goetz added. “We can’t pinpoint its location very precisely.”

To detect gravitational waves at LIGO, lasers are shone onto a mirror that splits the laser lights into two beams. The two beams go through two different, four kilometre arms arranged perpendicular to each other, where the phase of each of the laser lights can then be detected. This is used to measure their relative stretching and squeezing by the effect of the gravitational waves.

Having worked on the calibration of the instrumentation for detection of the gravitational waves, Goetz mentioned the importance of understanding the “uncertainty [of the] measurement.”

“The other aspect is validating gravitational wave signals,” said Goetz. “We want to make sure signals like GW190521 are real astrophysical events and not just some noise artifact of the instrument.”

As for the actual process of going through the astronomical amounts of data, Goetz described it as “look[ing] at all the detectors in the network and [trying] to understand, ‘can any instrumental noise basically generate such an artifact, an outlier in the analysis of the data?’”

“The more we looked at the data, the more we realized; this could not be an instrumental artifact, this had to be a real signal,” said Goetz.

The UBC LIGO group is part of a larger international network of groups working in the LIGO scientific collaboration and is heavily involved in the operation of gravitational wave detectors and the analysis of data coming therefrom.

McIver also spoke of the positive impact of the research upon the UBC community, describing it as linking together research areas and creating opportunities for students.

“There are many different areas of physics, and data science and fundamental research that this work ties all together,” said McIver.