BrainBuzz podcast seeks to decode the latest scientific research for all 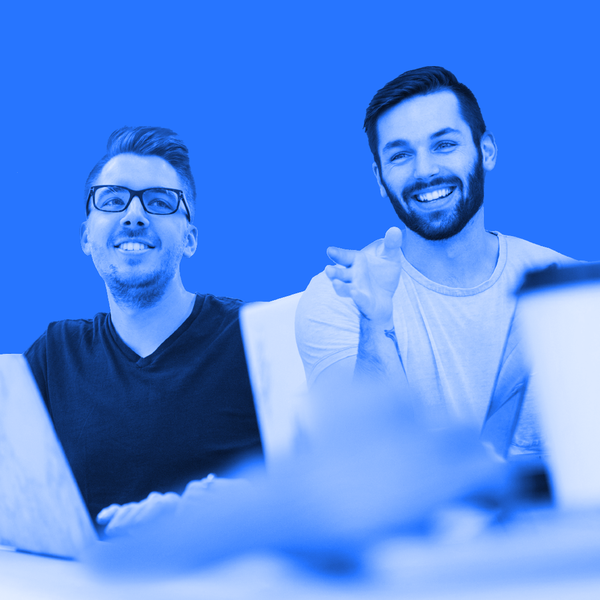 “We as students have the luxury of having the big universities paying for all the journals, but everyone outside of that doesn’t have that ability,” Levere said. Courtesy BrainBuzz

Want to keep up with cutting edge research, but have no time to sift through masses of journal articles? Grab a seat, plug in some headphones and have researchers explain it to you through a podcast.

Kyle Gooderham and Drake Levere, two graduate students in UBC’s psychology department, have created a podcast that does exactly this. Aptly called BrainBuzz, the podcast is a combination of casual conversation and scientific intrigue that aims to make science accessible to everyone.

“We want to be able to engage in conversation with researchers and deliver their work in a really appealing way to the general public,” Gooderham said. “To enable somebody with no scientific background to really think about the ways in which people’s research is solving important questions.”

The idea for BrainBuzz stemmed from a discussion Gooderham and Levere shared with friends and colleagues. While discussing their general research and their research interests, one friend mentioned that their conversation would make great podcast content. The co-creators had already talked about starting a science communication project and the conversation sparked the idea to turn that project into a podcast.

“As grad students, we’ve been talking to all these other grad students and saying, ‘The work that you’re doing is so cool, if only people could hear about it… and the impact that it has on people,’" Levere said. “That kind of spurred us to think, why not just make a podcast, because that’s such an easy way to get research out there.”

The co-creators noted that outside of academia, research is often unavailable and hidden behind paywalls. Even when research can be accessed, it is still difficult for a member of the general public to sift through jargon and difficult concepts to understand it.

“We as students have the luxury of having the big universities paying for all the journals, but everyone outside of that doesn’t have that ability to go and read journals and keep updated in all the research that’s going on,” Levere said. As a podcast, BrainBuzz would provide interesting, accessible and easily explainable way to tackle this problem and communicate science to all audiences.

BrainBuzz released its first episode in January this year and continues to release episodes on a biweekly basis. So far, the podcast has maintained a focus on psychology and has covered a variety of topics such as the social factors impacting parenting, cultures that contain third genders and the psychology of gambling.

Gooderham described current BrainBuzz episodes as consisting of two halves: a “brain” part and a “buzz” part. In the “brain” part, which spans the first half of an episode, the co-creators work with the researcher to contextualize and define any key terms or concepts for the listener. In one episode about smartphone use and technology, for example, they defined the meaning of happiness specifically as it relates to a social psychology researcher. The researcher also provides a background on their area of study, such as past scientific literature on their topic, their research question and the importance of their research to the world.

The co-creators stressed the importance of founding their podcast on established research rather than simply opinion. “We’re asking [researchers]: What is your knowledge in this area and what are the empirical findings? We’re getting this really cool conversation but it’s also informed in literature, and being able to reference that is really important,” said Drake.

After a “brain break” consisting of a brief musical interlude, the podcast returns with its “buzz” half, where the hosts and researcher explore popular myths, clarify any misconceptions and share interesting facts and stories related to the researcher’s area of study.

Now that the podcast is gaining momentum, Gooderham and Levere have many ideas to develop BrainBuzz down the road. In addition to holding more roundtable-style discussions, the co-creators are planning to create more episodes with researchers from across Canada, North America and abroad. They have also considered expanding their podcast topics beyond psychology to other research fields such as engineering, archaeology and geography.

“Our main goal is to make sure that everyone that’s interested in research has the ability to engage in it,” Levere said. “If we’re doing that at the end of the day then I’m really happy about it.”