The bright side of burning up: How fire benefits ecosystems 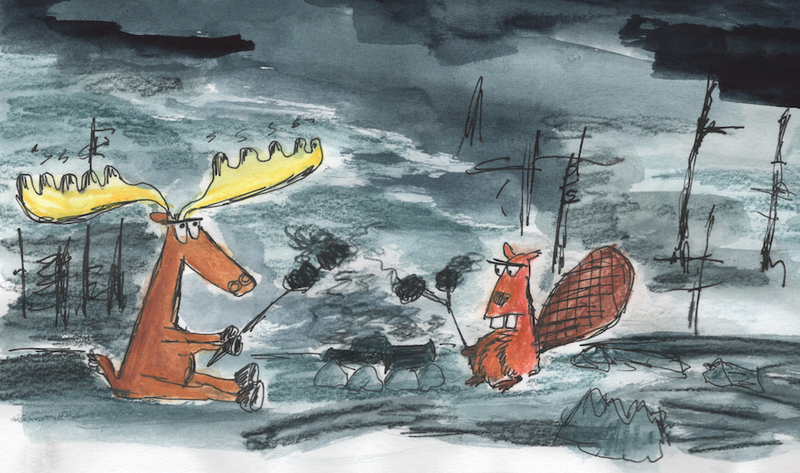 The aftermath of a wildfire can present new opportunities for nature. Kathryn Iseminger

Not only do wildfires lead to smoky summers; they also have the power to change ecosystems.

This past summer, BC’s heat wave ignited a wildfire season that swept across the province. While mass fire activity can prove deadly, it can also give ecosystems opportunities to highlight their resiliency. The Ubyssey sat down with expert ecologists to discuss the ways that wildfires impact BC’s unique ecosystems.

When it comes to research on wildfire-ravaged forests, microbial interactions below ground are of great interest.

For her thesis, UBC Okanagan masters in biology student Naomi Yamaoka investigated how ectomycorrhizal fungi — fungi that form mutually beneficial ecological relationships with roots of different plant species — colonize ponderosa and lodgepole pine seedlings germinating the year after severe wildfires occurred in and around the Okanagan Valley in 2018. Her project examined the type of colonizing species, the time of colonization and the corresponding impact on seedling health and nutrient take-up.

She explained in an interview that by the end of summer 2019, all of the seedlings showed signs of colonization by ectomycorrhizal fungi . According to Yamaoka, this indicated that the seeds of naturally regenerating seedlings and fungal spores were able to survive the wildfires and establish afterwards.

Yamaoka also stated that studying interactions in post-wildfire zones is highly relevant, as wildfires continue to impact BC ecosystems every year.

Simultaneously, post-wildfire zones broaden avenues for research by serving as sites of ecological relevance and often perfect breeding grounds for organisms such as seedlings.

“Certain seedlings only experience successful germination following a disturbance such as a fire,” wrote Yamaoka in an email statement, highlighting that some species of pine are shade-intolerant and that wildfires provide an open ecosystem for them to thrive.

“In general, seedlings don’t just pop up and establish in a mature stand of trees,” she wrote. “Looking at these disturbed sites I think is the best indication of early germination and colonization, just because it’s one of the most ecologically relevant places to study it.”

Burning with a purpose

The intricate relationship between ecosystems and wildfires is accentuated by the research of Dr. Kira Hoffman, a jointly-appointed postdoctoral fellow at UBC and The Bulkley Valley Research Centre. Hoffman’s research connects the practice of Indigenous-led cultural burning — a type of fire stewardship involving low severity and frequent fire — to improved biodiversity worldwide.

These values are distinct for different Indigenous communities and specific to the surrounding environments, she explained.

“The big thing is who does the burning and when the burning is done and for what reason,” she said. “There’s a whole different suite of practices that are embedded in cultural burning ... It’s never a single purpose.”

In a Proceedings of the National Academy of Sciences of the United States research article from summer 2021, Hoffman conducted a review of over 800 papers dating from 1900 to present day — 53 of which fulfilled the necessary criteria to be included in her analyses. By searching for different terms describing Indigenous fire stewardship, Hoffman aimed to explore the “pattern or a relationship between biodiversity metrics and Indigenous fire stewardship around the world and across different biomes.”

She stressed that as some areas begin to revitalize Indigenous fire stewardship, the next step should be grounded in educating, communicating and understanding different ways of living with fire. According to Hoffman, an important element of this includes “having a more positive relationship with fire … really seeing it not as kind of this devastating and frightening event, but more of a healthy component of forest.”

On the same note, Yamaoka emphasized the resilience of ecosystems as they bounce back amidst a devastating aftermath.

“Going out to these severely burned areas and seeing … the ecosystem rebounding after the fire … after such an extreme event,” she said. “Seeing that happen before my own eyes is definitely very interesting, very exciting.”

The article was updated for accuracy following correspondence with one of the sources and the incorporation of an emailed statement from Naomi Yamaoka.