Researchers use Car2go to map CO2 around Vancouver 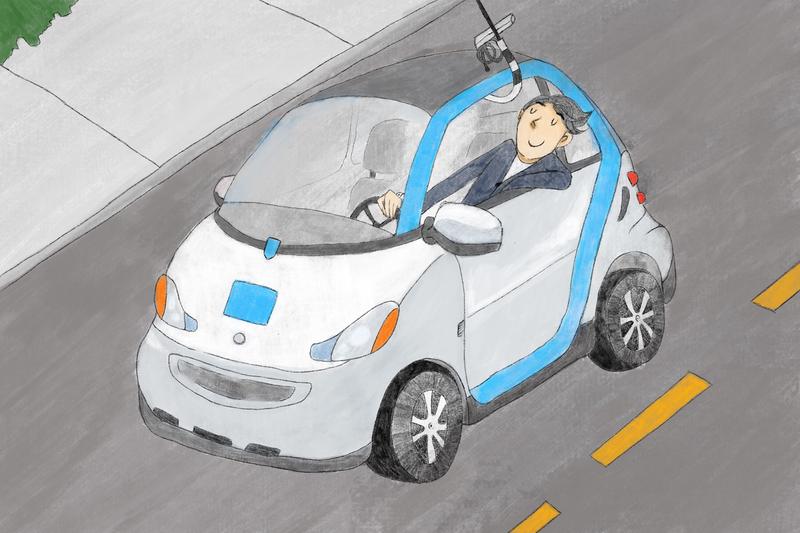 It turns out Car2gos are useful for more than just avoiding overcrowded buses. Scientists are using them to map C02 around Vancouver.

UBC researchers have developed a method to map carbon dioxide emissions in cities by using new mobile sensors. These small mobile sensors were attached to Car2gos, which were driven through the city to measure the amount of carbon dioxide at street level in any given geographical area.

The data collected by the mobile sensors was then compared to measurements collected from sensors located on a tower above Vancouver, which allowed the researchers to more accurately calculate where the emissions were coming from.

In a press release, project lead and UBC geography graduate Joseph Lee said “the data measured by the sensors confirmed what we expected to find,” in that downtown Vancouver and Stanley Park revealed the highest and lowest levels of carbon dioxide respectively.

“What is novel about our method is that we are able to combine multiple mobile sensors with tower data and to consequently map emissions across large areas of a city in high detail,” said Lee in the press release. “Other researchers have previously attempted to measure carbon dioxide levels at street-level using mobile sensors, but were unable to translate their levels to emissions.”

Despite the confirmation the mobile sensors provided in determining the areas with the highest and lowest levels of carbon dioxide, Dr. Andreas Christen — senior author of the paper and UBC geography and atmospheric science professor — emphasized that this was not necessarily the project’s main purpose.

“Our idea was really not to measure the levels of the concentrations of carbon dioxide, but rather to have a tool to visualize emissions,” said Christen. “We wanted to translate the information from scientific numbers on spreadsheets to visually attractive maps that can be used in decision-making.”

Christen also emphasized the importance of the collaborative communities at UBC that contributed to bringing this project to fruition.

“The idea happened because UBC is a place where people with different backgrounds collaborated together,” said Christen. “The university is not a place of people working in isolation, but rather [a place] where there is exchange and teamwork happening.” 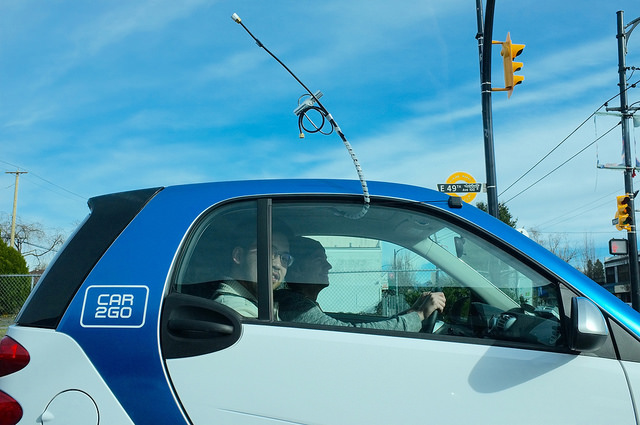 A CO2 sensor on the Car2go. UBC Public Affairs

“Our students here at UBC, in all faculties, are motivated to change the world for the better, and to find new technologies and other means of combating climate change,” said Christen.

Christen expressed that a challenge in communicating these findings and new technologies to students would be teaching them how to implement solutions.

“That’s, of course, not an easy task,” said Christen. “We can easily have a technology where we can map emissions, but what does that mean in terms of selecting emission reductions strategies?

“It’s a step forward in the technology and we are proud of what we achieved, but there is much more potential in front of us.”