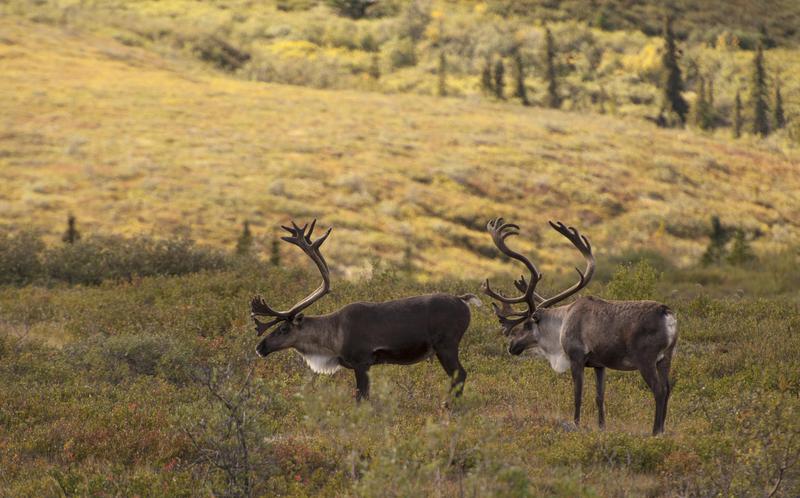 Wolves, who are the caribou’s main predator, use these lines to move faster across the land. Courtesy Flickr/Denali National Park

Found on the quarter and in the boreal forests of northern Canada, caribou are an iconic part of Canadian cultural identity.

But a new study led by Erin Tattersall, who conducted this research as part of her master’s thesis, reports that the restoration efforts in northern Alberta to mitigate the impact of the oil and gas industry on the threatened caribou population isn’t as effective as hoped.

Northern Alberta and northern British Columbia are crisscrossed with seismic lines created by energy industry activity. They fragment forests and habitats and drastically impact the behaviour and survival of wildlife, particularly caribou.

Wolves, who are the caribou’s main predator, use these lines to move faster across the land and enter caribou habitat that they had not previously been able to access. The disturbances to the land where trees have been cut also increase food availability for caribou competitors, such as white-tailed deer and moose.

This creates a “legacy of disturbance that’s changed the ecosystem in a way that’s bad for the caribou,” according to Dr. Cole Burton, an assistant professor in the Faculty of Forest Sciences at UBC and a senior author of the study.

The government has proposed to recover the habitat by restoring the forest and planting trees and placing obstacles in the seismic lines.

This study investigated the effectiveness of habitat restoration in the Algar sub-range of the East Side Athabasca River, which is 70 km southwest of Fort McMurray. The restoration the study tested was done by the Algar Caribou Habitat Restoration Program, which began their work in 2011.

The team set up cameras by the seismic lines normally used by caribou in this area, and monitored the use of two restored and two unrestored seismic lines by caribou, white-tailed deer, bears, wolves and moose.

The study determined that three to six years after restoration, “species responses to restoration were muted, indicating that restoration alone may not be immediately effective in stabilizing threatened caribou populations.”

Restoration efforts therefore have to be tested, the study claims.

This study was one of the first to test if habitat conservation in boreal forests is working for wildlife conservation.

“We got the opportunity to do the work to ask the question, ‘Did the wildlife notice?’ They went in there and spent a lot of money and effort to create this restoration, but we wanted to know [if] it was having the desired impact,” Burton said.

Tattersall stressed the importance of testing to see if wildlife conservation strategies are actually working, as habitat restoration is expensive.

“It’s crucial, imperative to know that if we’re going to be doing some sort of restoration we want to know that it’s working,” she said.

Both Tattersall and Burton emphasized that this study does not mean that habitat restoration of seismic lies doesn’t work.

“I dont see this study as saying restoration doesn’t work, that we shouldn’t try it. Because ultimately what caribou need is functional habitat, which will involve restoration given the amount of disturbed land,” Tattersall said.

But restoration doesn’t work if we’re simultaneously developing on the same habitat.

“We’re not going to halt development, nor should we. But we need to think carefully about how we can continue to develop the landscape in a sustainable way and in a way that minimizes harm,” Tattersall said.