Frustration in response to ban of whales, dolphins and porpoises at Vancouver parks 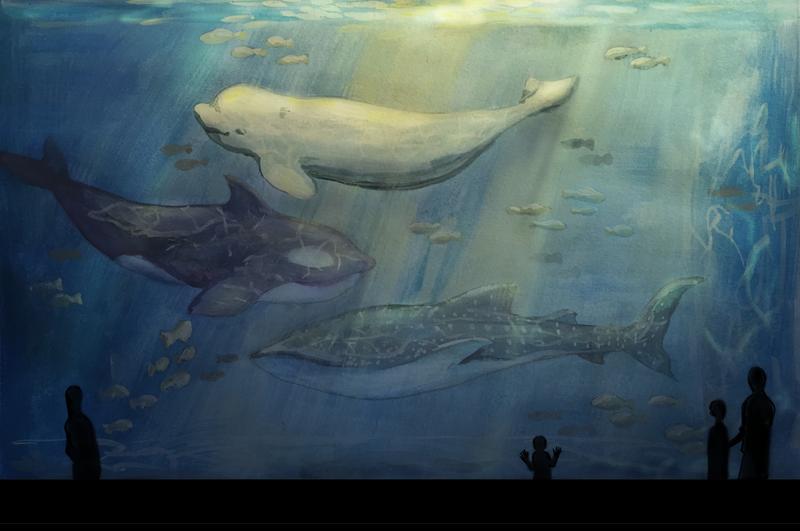 The Vancouver Park Board recently hoped to end a decades-old debate when they banned cetaceans — whales, dolphins and porpoises — from Vancouver parks. While animal rights advocates rejoiced, scientists winced as the scientific evidence backing the decision is far from conclusive.

The ban was enacted on May 15, 2017. Last week, the Vancouver Aquarium launched a legal challenge to overturn the Park Board’s ban on cetaceans.

The day after the legal challenge against the ban was announced, another of the aquarium’s three cetaceans died, leaving only two remaining at the facility. The ban will allow these two cetaceans to stay on display, though they will not be allowed to perform in shows.

The ban will also halt the aquarium’s plans to bring back their five other beluga whales currently on loan to other facilities. The aquarium’s Marine Mammal Rescue Centre will not be affected by the ban, but it will become the only long-term care option for rescue animals unfit for release.

“It was a really hard decision,” said Park Board commissioner Michael Wiebe.

The Vancouver Park Board heard from scientists and animal advocacy groups at public hearings in March of 2017. Still, it is questionable how much weight was actually given to science in the final decision.

Dr. Andrew Trites and Dr. David Rosen, both active researchers with UBC’s Marine Mammal Research Unit, are concerned the Park Board’s decision was based on ideology rather than on scientific information.

“When you have a public that’s not educated to understand science, you end up hearing things presented with emotion,” said Trites. “On one hand, you have flat-toned scientists presenting the facts, and on the other, you have someone else so emotional that what we’re doing is morally and ethically wrong. The louder they say it, people start to think there must be some truth to that.”

Rosen and Trites worry the Park Board made a short-sighted decision that will have long-term implications for captive cetacean welfare and cetacean science.

Commissioner Wiebe disagrees with Trites’ and Rosen’s assertion that the Park Board gave more weight to emotional arguments than to science.

The Park Board held public meetings, consulted experts, reviewed briefings and scientific documents, and fielded thousands of emails from the public and various organizations.

Wiebe explained that the Park Board quickly realized the evidence for each side of the debate was conflicting and that they needed to dig deeper by looking at who was producing and funding the research they consulted.

“You start having to credit-check each source and take everything with a grain of salt. But we started to see trends: more and more reports with similar numbers,” said Wiebe.

The data and trends pointed to one main conclusion. The aquarium could not provide the Park Board with enough data to show that continuing to keep cetaceans in captivity would help in future research.

“[Scientists] already have the baseline data, which is the only data you can get from mammals in captivity. There are enough facilities in the world that are providing that baseline data, and the aquarium couldn’t prove that it would help in any research,” said Wiebe.

Rosen disagrees with this notion, arguing there is still more to be learned from captive studies beyond gathering baseline data.

He added that if the Park Board recognizes the value of research coming from cetaceans in human care, they should support the aquarium’s role in gathering such data. “They’re basically saying, ‘not in my backyard.’”

“In the end, they’re saying either we don’t need science or we can get it from somewhere else,” noted Trites.

On the contrary, Rosen, who is compiling a review of captive cetacean welfare studies, believes these claims are unsubstantiated.

“Studies measuring indicators of welfare in captive cetaceans have found either no differences or historical differences, or they’ve found that captive animals are better off on those indicators than wild animals,” said Rosen.

According to these studies, cetaceans in captivity exhibit lower levels of chronic stress and have more robust immune responses than wild cetaceans.

Animal advocacy scientists have heavily criticized scientists like Trites and Rosen who support captive cetacean research, claiming they are biased and cherry-picking information.

Trites and Rosen have researched captive animals and have worked in conjunction with the Vancouver Aquarium, so can appear biased. But their work adheres to standards of peer-reviewed scientific research that aims to recognize and minimize such biases.

“When somebody asks me to give a report, I want to make that report as balanced as possible,” said Rosen. “If I don’t see the evidence that everyone says is out there, show me that evidence.”

What science says about cetacean welfare

“For example, orcas and other large cetaceans in care do tend to have a drooping fin,” said Rosen. “People immediately think this is a sign of bad health, but there’s no scientific evidence that this is unhealthy.”

Additionally, people commonly think captive cetaceans are unhealthy because aquarium environments are much smaller than natural environments. Trites said people often point out that belugas swim and dive great distances in the wild.

“But they haven’t asked, ‘Why does a beluga dive that deep?’”

“Because it’s hungry and looking for food, it has to. It doesn’t do it for its health. And why does it swim so far? It’s trying to avoid being eaten. In an aquarium they’re fed and predators aren’t there to kill them,” said Trites. He wants people to remember that natural does not mean healthy; for cetaceans, swimming and diving great distances are necessary behaviours in the wild rather than solely healthy ones.

The other common argument made is that cetaceans in captivity die earlier. According to Rosen, this argument is based on outdated data.

“In the 60s and 70s when they started acquiring animals from the wild, yes, the mortality was higher in those cases,” said Rosen. “But people started discovering how to take care of these animals. Their longevity is now identical to those in the wild.”

Vancouver Aquarium head veterinarian, Dr. Martin Haulena, said that science does not support the view that animals in captivity suffer a poor quality of life.“It’s absolutely a different life, but not a bad one,” said Haulena.

The other major argument given by animal advocacy groups supporting the ban is that research done on captive cetaceans cannot be extrapolated to wild cetaceans, and therefore is of little benefit to science.

Some scientists claim that as little as five per cent of captive research is applicable to wild cetaceans, but Rosen said these numbers are flat-out wrong.

“Those who say there is no value in research done at facilities either do not understand the nature of research or they are misconstruing the truth,” said Rosen.

“A scientific review of the literature showed that almost a third of all published, peer-reviewed research derives from animals under human care. And almost 50 per cent of all studies published exclusively on wild animals have results based on or in reference to research done on animals in facilities.”

The authors of the review mentioned by Rosen stated that, “It is critical that research continues to integrate information from both wild and captive populations.”

According to Rosen and Trites, some data can only be collected by doing studies on animals in controlled settings. Likewise there are certain studies that should only be done in the wild.

“In the wild you’re under more realistic conditions, but you can’t do experiments looking at cause and effect,” said Rosen.

Additionally, many techniques used to study wild cetaceans are developed in research facilities using captive animals, and data from wild animals is often validated through captive studies. Conservation efforts like those to save the vaquita porpoise — the world’s most endangered marine mammal — could be aided by research on harbor porpoises in human care.

Trites opined that studies using captive cetaceans will be essential for understanding the effects of climate change on cetaceans, such as how they will handle warming oceans and changes to diet.

“They should listen to experts”

The Vancouver Park Board was faced with the enormous task of deciphering reliable evidence from unfounded evidence in an emotionally-charged field of study. The lack of consensus from the scientific community on the matter did not make the decision easier.

Despite the Park Board’s efforts to make sense of the science, some say the evidence presented to the Park Board supporting cetaceans under human care was drowned out by moral arguments and beliefs.

“In my personal opinion, it was ignored,” said head aquarium vet Haulena, “I have nothing to support that, but just having been there at the meetings, expert opinion was ignored.”

For now, local scientists as well as the Vancouver Aquarium remain frustrated with the Park Board’s decision. The aquarium will proceed with legally challenging the ban.

“People do have a poor sense of the facts. I know it’s overwhelming — that’s why generally you have experts in things,” said Rosen. “You can’t know everything otherwise you just go by a set of beliefs. The Park Board shouldn’t have to be experts but they should listen to experts.”