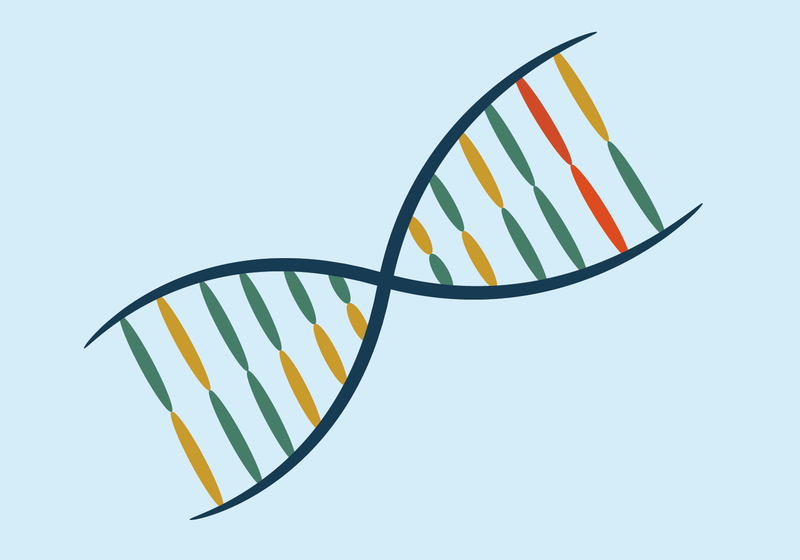 The implications of the study have launched a discussion that is not only scientific, but also social. Ella Chan

Trauma is said to leave invisible scars on those who experience it. This adage refers to the psychological impact of traumatic events, but a new study suggests those scars can form on an even deeper level.

Researchers at UBC and Harvard have discovered that child abuse can leave a mark on DNA. Their recently published study compared the sperm cells of 34 men, finding a difference in the methylation of the DNA of those who experienced child abuse and those who have not.

DNA methylation is one of the processes which define the function of a cell. The DNA in each cell of the body is composed of the same genes, but not all cells have the same function. The function of the cell is determined by how the genes are expressed. Nicole Gladish, one of the study authors and a UBC PhD candidate in the department of medical genetics, offered an analogy of genes as “light bulbs” which can be turned on or off, where the function of the cell is determined by the pattern of the light bulbs which are on or off. The study looks at methyl groups that are attached or “tagged” to genes during a person’s life and act as a “dimmer switch” to affect how the gene is expressed.

The Kobor Lab at UBC was responsible for analyzing these tags.

Recent studies have shown that these tags track the things we are exposed to in our environment, such as pollution or stress. In one study, the sperm of two groups of rats were examined for DNA methylation. The sperm of the group of rats that was exposed to stress displayed a different pattern of methylation than that of the control group of rats which wasn’t exposed to any stress. Furthermore, the offspring of the rats exposed to stress displayed the same pattern and change in behaviour associated with exposure to stress.

“This is where our collaborators got interested,” said Gladish. “There have been several studies trying to address trans-generational inheritance … we know that with childhood abuse the people that are exposed to it suffer a lot of adverse health outcomes later in life such as cardiovascular disease, diabetes and cancer.”

“We are very interested in seeing if these types of health disparities can be reflected in the difference of these tags and if these tags can be passed on to the kids as well.”

Unfortunately, it is infeasible to replicate the study with women as it requires hundreds of egg cells to isolate and measure the tags. The potential subjects of further research would be the children of the men in the study, who could provide evidence of trans-generational inheritance. Interestingly, the men in the study were the offspring of subjects from another study, the Nurses’ Health Study II, which is an ongoing long-term women’s health study that was established in 1989.

“It’s an amazing data set,” Gladish said. “This is in its very early days and it’s really exciting.”

The implications of the study have launched a discussion that is not only scientific, but also social as the study’s findings can inform people’s understanding about child abuse. Gladish is excited about the response to the study.

“I’ve had a lot of people personally email me about their experience and it really validates them,” Gladish said. “[Child abuse] is greater than just an event that happened and it’s not just something in their heads.”