Massive new radio telescope in Penticton has a 20-year mission 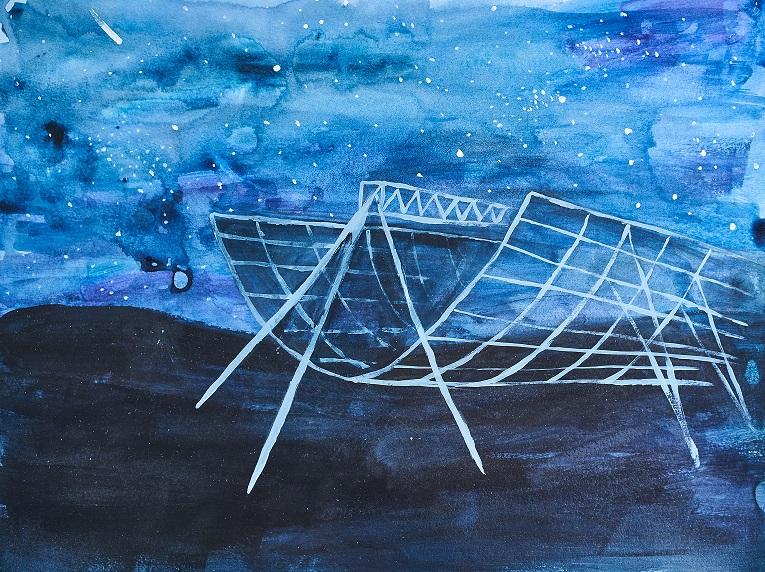 CHIME consists of four semi-cylinders, one of which is shown in the illustration. Lua Presídio

In the summer of 2017, after nine years of planning and building, scientists in Penticton stared out at their newly completed massive radio telescope. They saw what looked like four snowboarding pipes stacked side-by-side — not the long-armed light-reflecting telescope we’re used to seeing — resting next to BC’s rolling mountains.

What would you do after building the largest radio telescope in Canada?

And invite the Minister of Science to celebrate with you.

On September 7, the 8,000 square metre Canadian Hydrogen Intensity Mapping Experiment (CHIME) was launched with the help of the Minister of Science Kirsty Duncan putting the last antennas into place. 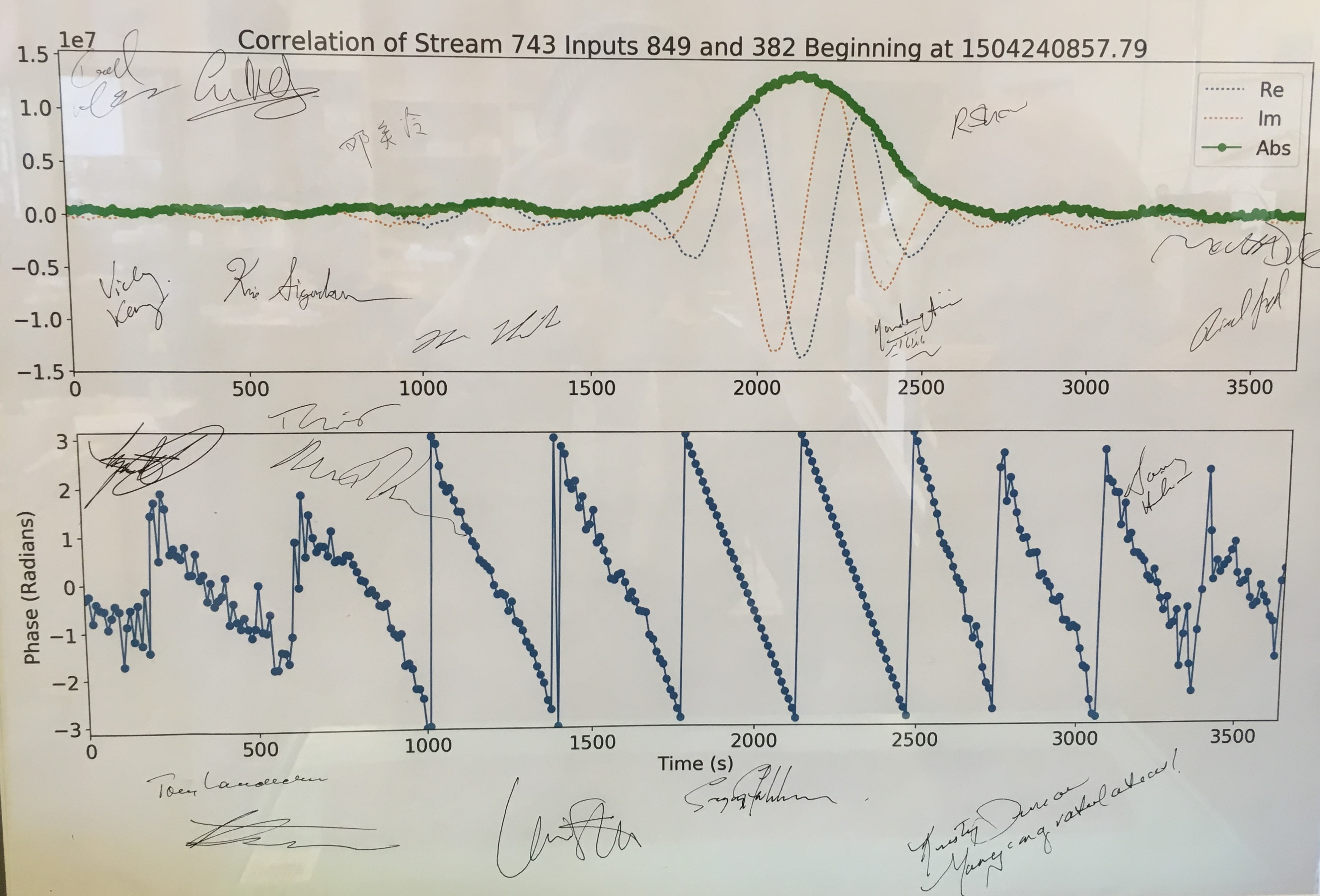 The first set of measurements collected by CHIME, signed by UBC prof Dr. Mark Halpern, the president of the National Research Council of Canada Iain Stewart and the Minister of Science Kirsty Duncan. Patrick Hatch

The University of Toronto, McGill, the Dominion Radio Astrophysical Observatory and of course UBC teamed up to make CHIME into what UBC postdoc Dr. Kiyo Masui considers to be “by some measures … the most sensitive radio telescope ever built.”

Its aims are manyfold.

Throughout its lifetime, CHIME will be investigating questions in cosmology — the study of the universe’s evolution — as well as looking at dense rapidly rotating stars called pulsars, and a strange, more recently observed phenomena called fast radio bursts.

Within its chosen observational frequency range — the range that TVs and cellphones operate on — CHIME has significant advantages compared to other telescopes. Between when the universe was a few hundred thousand years old and the last four billion years, there exists a blank spot in our understanding of the growth of the universe that CHIME will be able to fill in.

“It’s as though you [only] have birth pictures of a kid and ... their history from when they were 20 to 45,” said Halpern, who has been with CHIME since its conception.

Within this missing childhood and adolescence is when, according to Halpern, the mysterious component of the universe known as dark energy started having a significant impact on the universe’s expansion.

Mapping that expansion with CHIME can tell us a lot.

“I can tell you about the physiology of [a] person based in their growth record,” said Halpern, continuing his analogy. “So I can tell you what the universe is made out of from its expansion history.”

In other aspects of astrophysics such as pulsars, CHIME will be playing a less leading, though important role. Pulsars are dense remnants of massive stars. What makes them “pulse” is the fact that they emit beams of intense radiation from their magnetic poles as well as rotate with periods as low as a millisecond.

CHIME is able to detect how these waves affect the observed period of pulsars, giving astronomers a different way to study this phenomena compared to the Nobel Prize winning LIGO experiment.

Lastly, CHIME hopes to bring some light to the bizarre fast radio bursts. These bursts are very inconsistent millisecond spurts of high-intensity radio signals from an unknown origin. They can come from as far as halfway across the visible universe.

Not much is known about fast radio bursts, since only a few dozen have been reported. CHIME hopes to raise that number significantly.

The CHIME fast radio burst detection rate is estimated to be between two and 50 bursts per day, giving researchers plenty more data to figure out the mysteries behind these events.

It’s important to note that the CHIME experiment is on a somewhat tight timeframe. In approximately 20 years, the frequency range required to make its cosmological measurements will be filled with the signals from digital TV.

Even after CHIME’s heydays are gone, the experiment will still have an impact.

Aspects of CHIME will be “a model for how to build [radio telescopes] going forward,” said Masui. He considers the experiment as part of a long history of Canadian physics experiments “that are the best at doing the thing they’re designed to do and cost much, much less than their competitors.”

With the last antenna being installed and the first set of data being taken only roughly two months ago, the CHIME collaboration has a lot of challenges ahead.

For those hurdles and for anyone else doing a large experiment that seemingly takes forever to work, PhD student and CHIME affiliated scientist Deborah Good has some advice: “I recommend hobbies with short turnaround times to success.”

Good’s hobbies of sewing and swing dancing have gotten her through a masters and part of a PhD on CHIME. The collective morale of the CHIME team will keep them going as the telescope collects data that will further cement our narrative and understanding of the universe.