Study: The origins of chocolate may be up to 1,500 years earlier than previously thought 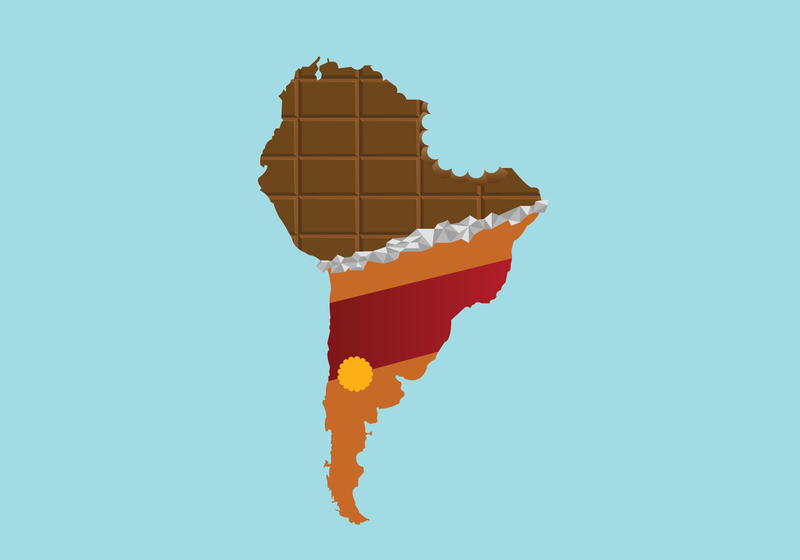 Going forward, the study also acts as an eye-catching pivot point with regard to future studies on Indigenous tree crops worldwide. Claire Lloyd

It’s one of the world’s favourite holiday treats and, thanks to a team of researchers including some from UBC, we can now date its origins back 1,500 years earlier than originally thought: chocolate or, more specifically, cacao.

The research team also discovered that cacao was originally domesticated in South America, a little farther below the equator than previously suggested.

“Today we all rely, to one extent or another, on foods that were created by the Indigenous peoples of the Americas,” said the Head of UBC’s Department of Anthropology Michael Blake in the study’s press release. “And one of the world’s favourites is chocolate.”

Prior to the study, entitled “The use and domestication of Theobroma cacao during the mid-Holocene in the upper Amazon,” in Nature Ecology & Evolution, archeologists estimated that cacao use dated back 3,900 years and was domesticated in Central America.

Researchers, including Blake, managed to redate Theobroma cacao — more commonly known as the cacao tree — back between 5,300 and 2,100 years ago thanks to three specific lines of evidence in ceramic artifacts found in Santa Ana-La Florida, Equador. These lines of evidence were the presence of cacao tree starch grains in pottery from their investigated area, residue of theobromine — a bitter alkaloid found in the cacao plant but not its wild relatives — and fragments of ancient DNA sequences unique to the cacao tree.

The site where the artifacts were found is the earliest known site of Mayo-Chinchipe culture, and was occupied as early as 5,450 years ago.

Dr. Sonia Zarrillo, the study’s lead author and adjunct assistant professor at the University of Calgary, said in the press release that the findings represent a methodological innovation in anthropological research.

“For the first time, three independent lines of archaeological evidence have documented the presence of ancient cacao in the Americas: starch grains, chemical biomarkers, and ancient DNA sequences.

“These three methods combine to definitively identify a plant that is otherwise notoriously difficult to trace in the archaeological record because seeds and other parts quickly degrade in moist and warm tropical environments.”

Cacao itself was a culturally important crop in pre-Columbian Mesoamerica — a historical region and cultural area in North America that extends from approximately central Mexico through Belize, Guatemala, El Salvador, Honduras, Nicaragua and northern Costa Rica. Cacao beans were used both as currency and to make the chocolate drinks consumed during feasts and rituals.

As some of the artifacts from Santa Ana-La Florida have links to the Pacific coast, though, the researchers suggested that trade of goods, including culturally important plants, could have started cacao’s voyage north when explorers and traders latched onto it and brought it into the European eye.

“From there it took off and became a phenomenally important drink and commodity and eventually a confection, flavouring, that we more or less take for granted around the world today,” Blake said.

Their results surrounding the starch grains within the pottery also identified that the populations in South America were grinding the cacao seeds for things like beverages.

“The chances of finding starch grains in the pottery would be pretty limited if people were just, say, breaking [the cacao] open and taking the pulp,” Blake said.

“So that gave us a clue. The theobromine, we wouldn’t know whether necessarily it was just coming from the pulp or the seeds or a combination of both, but finding the starch grains means that they for sure were using the seeds.”

All told, the study represents another important milestone in dating the history of one of the world’s favourite treats.

“Knowing how our human ancestors interacted with plants over thousands of years, maintaining forest diversity without destroying the forests is something we want to learn about,” Blake said.

“We want to learn how they interacted with plants, not just crops like corn or potatoes … but how they interacted with animals in these environments and tree crops. And since we are all very interested in chocolate today, it’s one where not only do we find some interesting information about this really crucial and economically and culturally important crop to people all around the world today, but it also tells us about its origins and its history, and how might that help us understand better our long-term history of human interaction in these tropical forests that might in some way contribute to their better protection or understanding.”

Going forward, the study also acts as an eye-catching pivot point with regard to future studies on Indigenous tree crops worldwide. By researching a crop that will be of interest to many, the study allows for further research surrounding those that may not be as ‘sexy’ of a story for the masses.

“We know that there are many many species of plants and animals in places like Amazonia. If we think about some of the key tree species, scientists are discovering what many Indigenous societies and cultures have long known, that these various species have huge importance and implications,” Blake said. “[Their chemicals] can be useful for humans in all sorts of ways including treating diseases and allowing us to understand the chemical compounds that have yet to be discovered that might do a lot of good in all sorts of aspects of modern medicine.

That’s just one dimension where we can say, ‘That makes it worthwhile trying to understand as much as we can about the genetic, chemical and bioecological diversities of these environments,’ and knowing their history is part of it.”