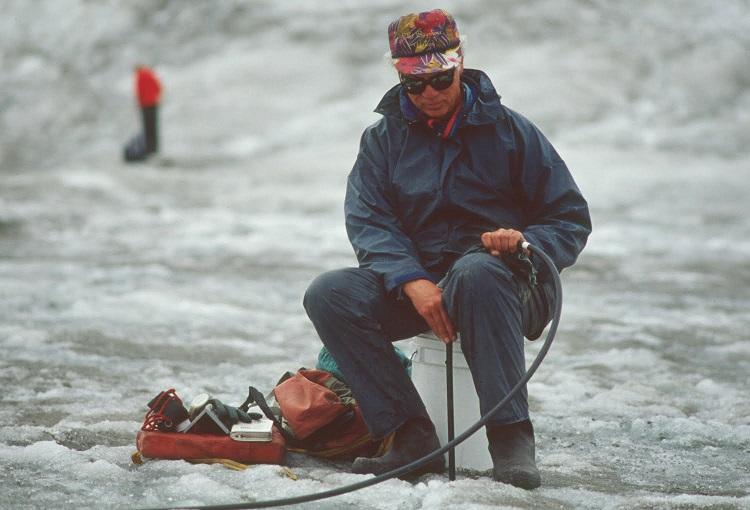 Dr. Garry Clarke has been studying the way glaciers flow and their relationship with global climate change for over 40 years with UBC’s department of earth, ocean and atmospheric sciences (EOSC).

“Glaciers are busy averaging,” said Clarke. “They receive snowfall, get bigger all winter, and then they get smaller all summer... You can get a very good picture from looking at the glaciers what the general state of the climate is…and you just have to look at them, and they aren’t doing well.”

Worldwide, the glaciers are in retreat.”

Glacier runoff plays an important role in maintaining cold river temperatures during the summer months, which is essential to preserving salmon and trout populations. As winter temperatures continue to rise, glaciers are receiving more and more rainfall. Rain can’t be stored; it doesn’t pack onto glaciers like snowfall.

Because glaciers are no longer able to retain their mass, river temperatures are rising which in turn is driving down salmon populations. Glaciers also affect water supply in a myriad of other ways, but Clarke pointed to the consequences on salmon as a change that will impact us here in the Pacific Northwest.

On December 13, 2017, scientists from the World Weather Attribution group released a paper attributing the devastating magnitude of Hurricane Harvey earlier this summer to climate change. The well-documented decrease in glacier size in combination with the overwhelming amount of scientific data indicating global climate change may begin to form the first legal basis for suing big oil companies for damages caused by climate change.

In order to make this legal action possible, the focus is on an idea called fractional attribution — a complex term whose meaning Clarke explained in the context of climate change.

“If you could say that 30 per cent of the damage of the Houston floods was caused by global warming, then whose fault is that? It’s not nature, and it’s not an act of god, it’s an act of [big oil companies]. And then you can take that to court, the way they did for the tobacco companies.”

A 2000 class action lawsuit in the US established that tobacco companies could be taken to court for willfully deceiving the public. In 2014, Cynthia Robinson sued R.J. Reynolds — a tobacco company — for $23.6 billion alleging that the tobacco company was aware of the risks of smoking cigarettes but declined to warn its users of the harmful effects.

In order to formally attribute fault for natural disasters, Clarke has been working with computer simulations to model the ways the glaciers respond to climate change. 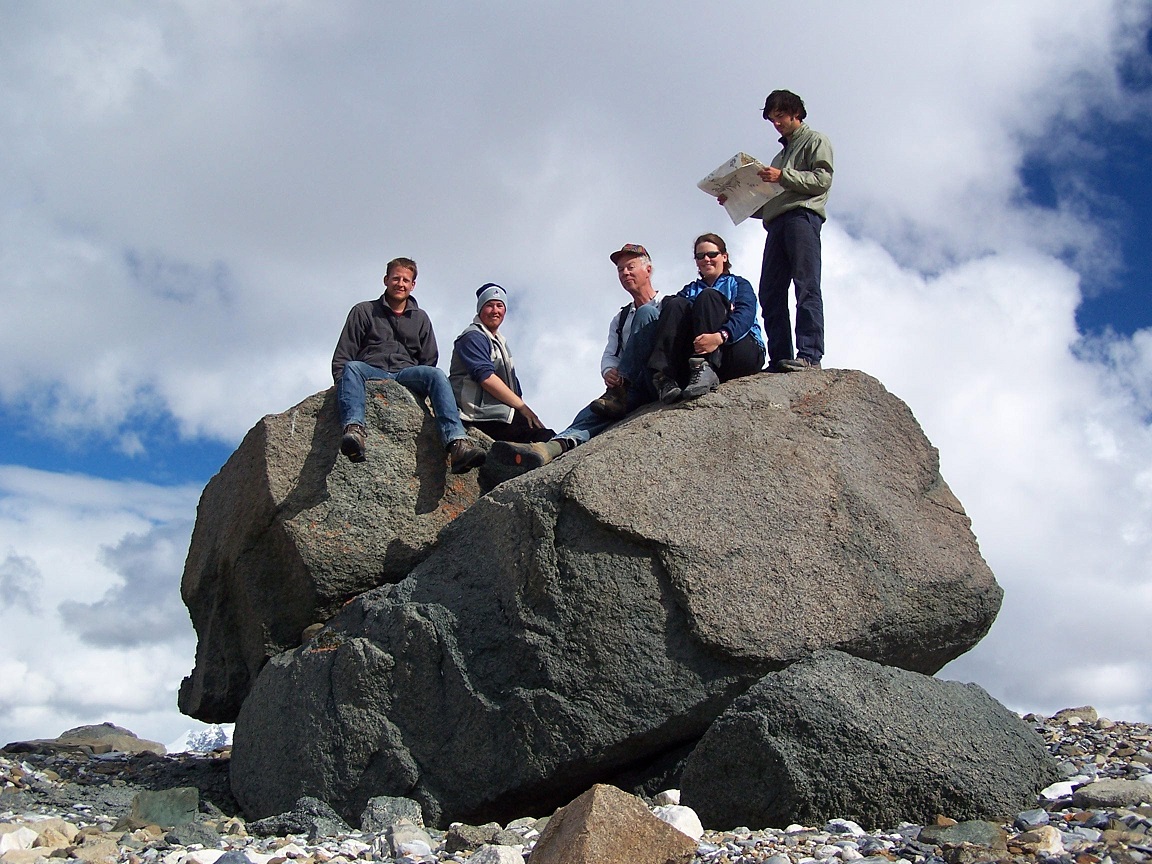 What is essential is “to have a level of belief in the models in the first place. If they’re bad you can’t very well do this, but if they’re good, then there’s a basis for [fractional attribution]. There was a time when the tobacco companies were not being sued, and partly because you couldn’t be, there wasn’t the level of evidence to make that work. But then things got to a point where the level of evidence was right.”

If climate scientists are able to demonstrate in a court of law that oil companies are aware of the dangers of fossil fuels and willfully mislead the public, these companies could be forced to partially compensate homeowners for hurricane damages.

Clarke is currently using virtual reality models to simulate and demonstrate the impact of climate change on glaciers. Because glaciers extend across such immense spatial and temporal scales, it can sometimes be difficult to accurately understand how glaciers change with time. Using virtual reality goggles, he aims to show the progressive decline and retreat of real glaciers over several decades in a video game like environment.

These models are based on real data that Clarke and his team of graduate students collected over several decades of field work in the Yukon Territory. The team did many direct studies on a specific glacier, in some instances drilling through the glacier and putting instruments in them in order to keep track the glacier’s “signs of life.”

Clarke was, “listening for ice quakes. The glacier goes: crack, crack, crack, crack, sometimes,” and was also “measuring water pressure under the glacier,” in order to figure out what makes some glaciers surge forward as fast as a train and other glaciers float slowly by.

However, these operations can be extremely arduous and expensive, and so he hopes that the future of glaciology may involve drone technology.

“I can just look forward to the day when you can just fly over a glacier and come back and the whole thing’s mapped, and you’re sitting on your deck chair with a controller,” said Clarke.