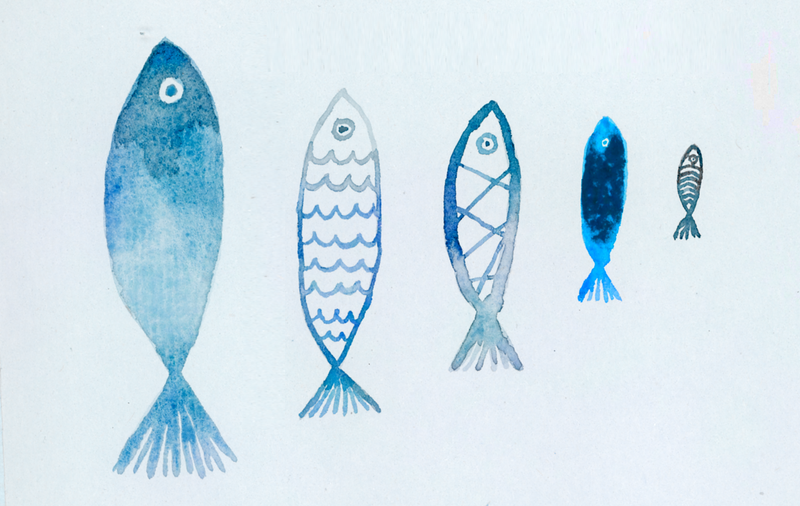 Fish are expected to shrink in body size as climate change causes ocean temperatures to increase, according to a study from UBC's Institute for the Oceans and Fisheries (IOF).

Since fish are cold-blooded organisms, their body temperature is related to the temperature of their environment. In warmer waters, their metabolic activity increases and they require more oxygen.

Eventually, fish cannot get enough oxygen and will stop growing.

Ocean deoxygenation — the loss of oxygen from the ocean as a consequence of manmade greenhouse gases — makes it even more difficult for fish to absorb oxygen from the water. This exacerbates the problem.

These findings are not new though. In 2013, Cheung and Dr. Daniel Pauly published a study on the effects of climate change on the body size of fish. Using a qualitative model, they looked at over 600 species and found that from 2000 to 2050 the maximum body weight of fish was expected to shrink by 14-24 per cent globally.

In a new study recently published in the Global Change Biology journal, Pauly and Cheung used more realistic information and actually found that they had underestimated the severity of the problem.

In fact, fish like tunas “will maybe have a decrease in body size that is relatively higher compared to other smaller or slow-moving fish,” said Cheung. Tuna is a very active fish and requires a lot of oxygen, so it may be more vulnerable to ocean warming.

Empirical observations show that “fish are moving to deeper waters, and also to high latitude regions where the water is cooler,” Cheung said. He explained that we will have a band of area in the ocean where we notice a decrease in the diversity of fish.

Fish moving away will disrupt the structure of the ecosystem.

“Big fish eat small fish,” said Cheung. “So when the body size of the fish changes, it really disrupts the interaction between different species and ultimately affects ecosystem structure.”