Below the lungs, UBC microbiologists warn of COVID-19’s implications for gut flora 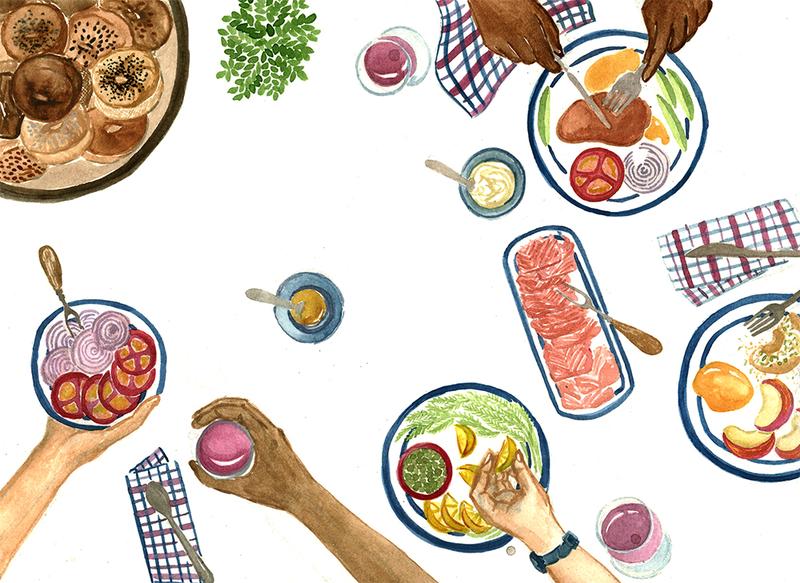 “The border is closed, farms are closed, a lot of community resources, where [people] get food including fresh fruits and vegetables, and breastfeeding programs … all of those have been shut down.” File Rohina Dass

This January, BMC Medicine published an opinion piece authored by UBC’s PhD candidate in the department of microbiology and immunology Paula Littlejohn and microbiologist Dr. Brett Finlay, on COVID-19 and its potential to aggravate malnutrition through food insecurity and this insecurity’s impact on gut microbiota composition.

“The double burden of malnutrition is the coexistence of multiple forms of malnutrition, whether it’s at the population level, household level or within the individual,” said Littlejohn in an interview with The Ubyssey.

According to Littlejohn, at the three levels DBM is an interaction between undernutrition and overnutrition or obesity.

“When we say malnutrition, we often think of a skinny child starving, but according to the World Health Organization, malnutrition also includes overnutrition. A lot of people don’t know that.”

Indeed, the paper cited that prior to the onset of the pandemic, over 462 million adults around the world were underweight, 2 billion experienced micronutrient deficiency and 1.2 billion were overweight or obese. Considering the wide reaching impacts of DBM pre-COVID-19, the authors argued that the numbers may continue to worsen as the pandemic continues.

According to Littlejohn, the exacerbated DBM will take an especially heavy toll on low and middle-income countries (LMICs) through two mechanisms — food insecurity and gut microbiota.

At the population level, COVID-19 restrictions on travel and produce import in LMICs may further intensify the DBM.

“The border is closed, farms are closed, a lot of community resources, where [people] get food including fresh fruits and vegetables, and breastfeeding programs … all of those have been shut down,” said Littlejohn.

Difficulty in accessing nutritious food among other COVID-19-induced factors leaves more LMIC families under and overnourished as they turn to cheap, calorie-dense foods for their daily meals, Littlejohn said. This type of diet then fails to supply the families with essential micronutrients conducive to proper development and immune protection.

Another important piece in the COVID-19–DBM interaction puzzle is the state of the gut microbiome, which is centrally impacted by DBM, food insecurity and the novel coronavirus.

In the paper, COVID-19 and DBM were shown to alter gut microbiota in similar ways: they reduced bacterial diversity and richness and promoted the growth of species that trigger inflammation over beneficial microbes.

Littlejohn hopes that governments of all countries, including Canada, become more aware of the COVID-19–DBM interaction, its links to the gut microbiome and food insecurity, and take steps to actively support their populations’ health at this time.

Some recommendations by Littlejohn include increasing access to low-cost nutritious foods and breastfeeding programs, modulating the gut microbiota through probiotics and prebiotics and expediting foods that stimulate the growth of gut microbiota for community use.