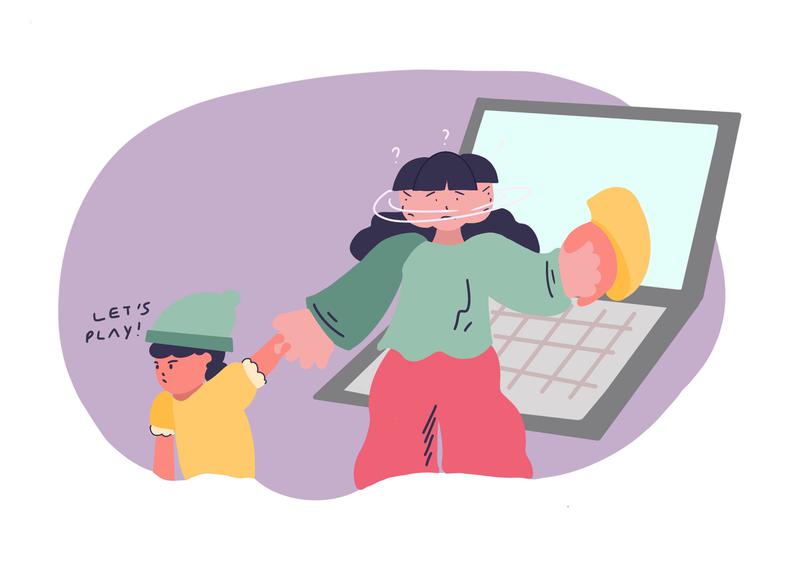 “The kinds of jobs that women in particular were working in, and especially those with less education, were really hit hard by the pandemic. Think of those frontline retail jobs— hotels, restaurants, those kinds of jobs where you can't work from home.” Patty Tancharoen

Everyone’s life has been affected by COVID-19 in one way or another, yet women seem to be disproportionately bearing the brunt when it comes to job losses.

While the virus is commonly regarded as a health crisis, UBC sociologists assistant professor Dr. Yue Qian and associate professor Dr. Sylvia Fuller have explored its social impacts in their recent study on COVID-19 and the gender unemployment gap among parents. Specifically, using Labour Force Survey data, they observed a large discrepancy in job losses between mothers and fathers since the start of the pandemic. By May, the unemployment gap was up to seven per cent between elementary school aged parents, up from one per cent in February.

Fuller explained that one of the driving forces behind the widening gap is the level of sex segregation between men and women in the labour market.

“The kinds of jobs that women in particular were working in, and especially those with less education, were really hit hard by the pandemic,” said Fuller. “Think of those frontline retail jobs— hotels, restaurants, those kinds of jobs where you can't work from home.”

Earning a lower income and having elementary-aged children were also determining factors in job loss.

The reduced availability of childcare due to school and day care closures over concerns of viral spread worsens the problem. According to Fuller, in Canada, mothers are often the parents who are expected to make sacrifices in their career to care for their children.

“It's not just about losing [a] particular job,” explained Fuller. “It's about ending up in a worse job when you end up trying to find a new one because you’re a wrench in the labour market in a depressed economy and you lost your experience with the previous employer.”

Fuller and Qian suggest that in order to fix the issue and prevent escalation, BC needs good quality childcare with equitable access and more flexible parental leave policies. Fuller explained that BC’s decision to open up schools will help a lot in terms of getting parents back to work right now, but to address the gap in further crises Canada needs to expand access to public preschools.

However, Fuller still has some concerns with the reopening plan.

“It does take having the transmission stay low within the community for that to be feasible,” she said. She further explained that parents must be comfortable enough to send their kids back to school for them to actually do it.

In a statement to The Ubyssey, BC Parliamentary Secretary for Gender Equity Mitzi Dean wrote that “women are one of the groups disproportionately affected, both economically and socially, as a result of the pandemic.

“...We’re investing more than $2 billion in the Childcare BC plan to help families access affordable, quality childcare. As of July, BC has funded nearly 16,800 new, licensed child care spaces, which has been the fastest creation of spaces in B.C.’s history.”

While the COVID-19 pandemic has presented many hurdles for parents, Fuller remains optimistic about improving conditions for working mothers moving forward.

“[The pandemic] could be an opportunity to make things better if we think more seriously about how we need to restructure our care economy so that everybody has access to high-quality care and that we are approaching those care needs in a more equitable way,” said Fuller.

Dean echoed this sentiment. “[I]t’s vital that all people, especially those who already face disadvantages, are supported and given the best possible opportunity to move forward,” she said.