Search begins for new Dean of Science, who is hopefully “not an asshole” 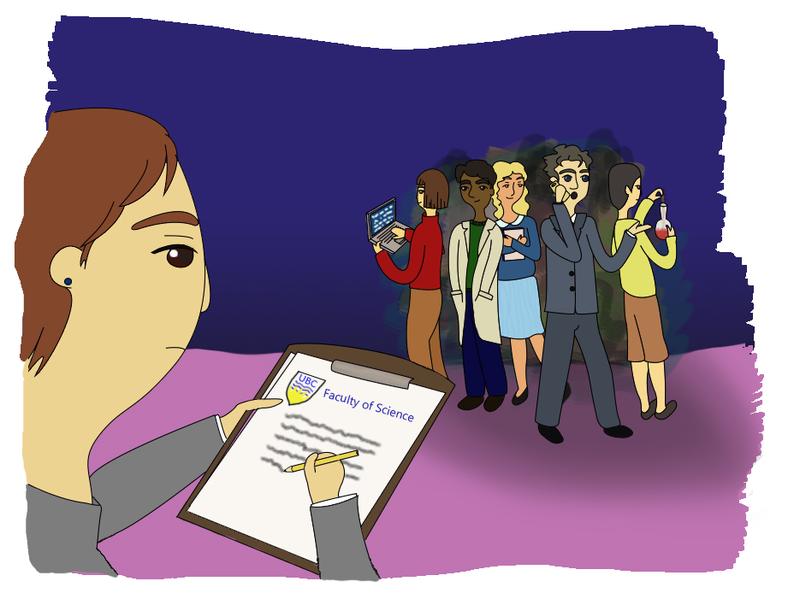 UBC’s faculty of science is beginning the search for a new dean — not due to any juicy political reasons, but simply because current dean Dr. Simon Peacock is nearing the end of his maximum of two terms in the position.

The dean’s leadership role involves supporting the faculty internally, fundraising, alumni engagement and advocating for UBC-based research. Dean Peacock has also spearheaded the Carl Wieman Science Education Initiative to improve how science is taught at UBC. The initiative ensures that teachers use evidence-based teaching in the classroom, promoting techniques that have been proven to connect with students.

“The process that we’re following is one that’s very standard for searching for other deans,” said Dr. Angela Redish, provost and vice-president academic pro tem. “The only thing that’s slightly unusual this time is that we are going to have a new provost starting July 1. I’m going to start the process and [new Provost] Andrew Szeri will complete the process.”

To kick off the search, Redish hosted a town hall on May 8 for the science community at UBC, inviting everyone she could think of to come voice their opinions. The Ubyssey attended this meeting where professors, alumni and grad students gathered for a conversation led by Redish.

The overall tone was jovial curiousity, with search consultant Brent Cameron taking notes on the attendees’ concerns. “We’ll get the job description in place, and then Brent can go out and do the networking that typically takes place over the summer,” said Redish to the town hall.

Participants began by listing the many positive attributes of UBC’s faculty of science: bragging rights that will draw in someone as excellent as the existing faculty. They rattled off points easily, highlighting high-ranking research endeavours, the breadth of international scientific expertise available at UBC, internal collaborations and the collectively cooperative attitude of the faculty of science members.

If you’ve been feeling down about UBC’s prestige lately, the town hall members begged to differ. One attendee said, “UBC is western Canada’s flagship university. It provides leadership across an entire region and in this way the faculty strength here can be leveraged to provide national influence.”

Though there aren’t huge challenges facing an incoming dean, town hall attendees stated some for the sake of transparency, such as the fact that UBC does not receive as much provincial funding as it should given BC’s thriving economy. Furthermore, living costs in the greater metro Vancouver area could deter qualified candidates.

People hoped that the new dean will be an excellent scientist with a courageous, communicative capacity for publicly advocating for science.

“I don’t know quite how to say this but — not an asshole,” said one attendee, describing the ideal dean. Consequently, a sense of humour was also listed as a desired trait.

University Policy 21 will continue to guide the search. Students in the faculty can stay informed about the process by reading the easy-to-follow Policy 21.

“When the final two or three candidates are identified, there will be an invitation to meet with students. I would encourage students to go meet the candidates and provide their feedback to the committee,” said Redish.

Looking ahead, UBC will miss Peacock’s leadership — especially in his initiatives for undergraduate education — while anticipating a new dean.