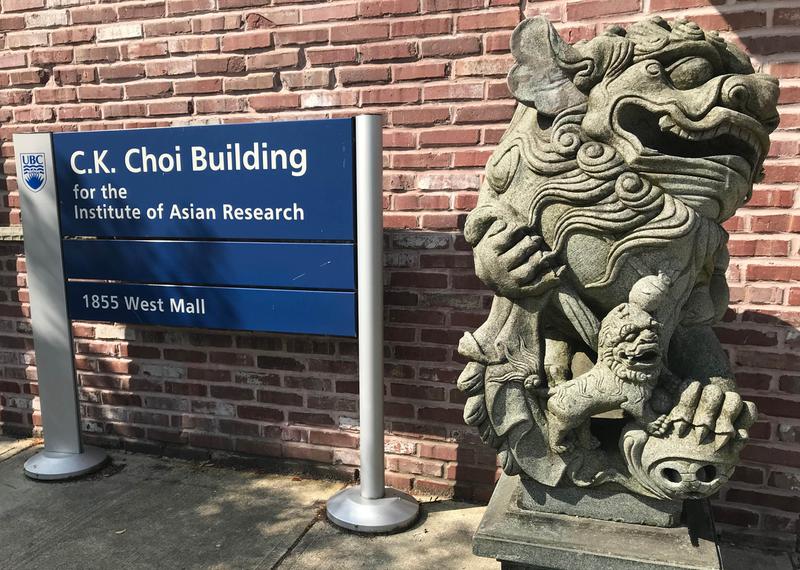 The toilets function independently from the sanitary system and require no water. James Vogl

The C.K. Choi Building finished construction in 1996 and has since become well known for its sustainable design and innovative green technology, among which are 10 toilets that work without water.

It features bricks from demolished buildings and recycled wooden beams, as well as “natural ventilation and lighting, grey water reuse and rainwater capture for irrigation,” noted John Metras, associate vice-president of facilities at UBC. “It was the first building at UBC specifically designed for sustainable performance.”

The toilets function independently from the sanitary system and require no water, since the waste material falls down chutes into holding containers in the basement of the building. Then, wood chips are added and the material breaks down aerobically through biological processes. The material gets aerated regularly — resulting in a drastic reduction in the volume of the waste — and the composting tanks only need to be emptied once every decade.

Originally, the waste from these toilets was thought to be used as compost for the campus gardens and landscaping. But when the compost bins were removed 10 years ago, it was found that there were potential pathogens in the waste so the fertilizer did not meet provincial regulations. The waste material was then disposed of at a local treatment facility, instead.

So it may be more accurate to call these toilets dry toilets instead of composting toilets.

Even though the waste material from the toilets was not able to be utilized as compost, the technology has been successful in terms of meeting its initial goals: “to minimize use of energy and water and to reduce overall environment footprint in both the construction of the building and in its operation,” said Metras.

In fact, he explained that the dry toilets were a great learning opportunity as one of the earliest examples of the UBC campus as a living lab program.

The C.K. Choi Building “[demonstrated] a wide range of innovative sustainable design features,” a concept that later became central to the living lab program established in 2010.

Since its creation, this program has provided many opportunities for UBC to test and demonstrate new sustainability technologies using the campus buildings — like the Centre for Interactive Research on Sustainability and the Brock Common Tallwood House — as “test beds.”

But you probably won’t be seeing more of these dry toilets around campus in the future.

While these toilets are very sustainable in terms of eliminating water usage, their impracticality is a major disadvantage. For a facility with frequent usage or for a larger population, Metras believes that low-flow fixtures — which are designed to use less water than their conventional counterparts — are the better option. That’s why campus planners are now looking towards low-flow fixtures in washrooms that still utilize the conventional toilet, which drains to the sanitary sewer and depends on the local treatment plant to treat waste materials.

“[We’re] looking for technologies that still provide the functionality that’s required that uses the minimal amount of water to achieve it,” Metras said.

But in the meantime, the toilets at C.K. Choi Building will still remain in use as one of its signature sustainability features.