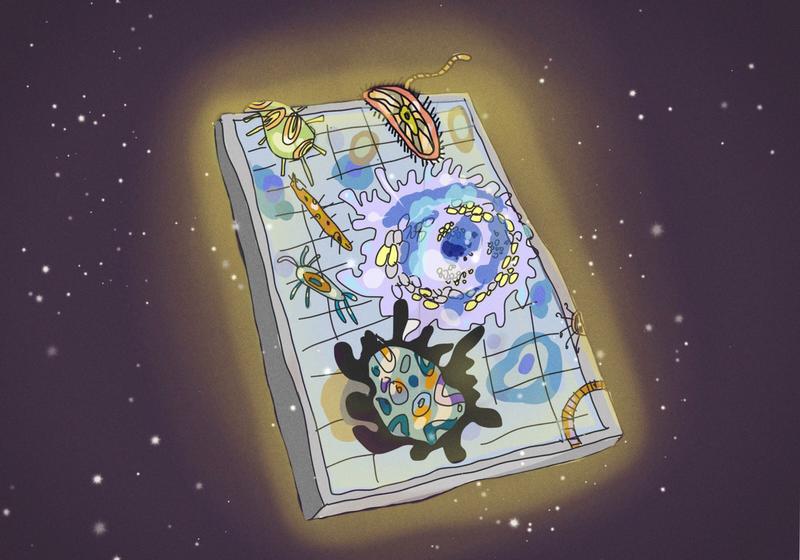 Solar energy is becoming increasingly important in the face of modern-day climate concerns. Extracting fossil fuels is not only costly and ecologically harmful, but their supply is limited and steadily dwindling.

Current solar cells are made of synthetic materials like silicon, creating energy by converting light into electricity via their chemical and physical properties. However, silicon cells are expensive and modern solar panels require large amounts of sunlight to function. This is a considerable constraint for countries with limited sun exposure — in these areas, solar panels do not provide a dependable energy source.

New research at UBC might offer solutions to some of these solar panel problems.

Dr. Vikramaditya G. Yadav, an associate professor in the department of chemical and biological engineering, and his team have been investigating how the bacteria E. coli can capture sunlight for energy.

The team has genetically engineered the bacteria to produce lycopene, the dye responsible for the red colour in tomatoes.

“When we came up with the biogenic solar cells, that was not the original intention of the work. It was purely a serendipitous discovery,” said Yadav. “The original motivation for the work had started off by looking at synthesis of interesting molecules in bacteria … pharmaceuticals and nutraceuticals. So lycopene … was the original product of interest.”

Lycopene is very photo-excitable, meaning that it can harvest sunlight and convert it into energy.

“As you start producing a lot of lycopene in your system, you start encountering an unforeseen challenge,” said Yadav. “When you have so much of the product in [the bacteria], how do you ensure that all of the product remains intact and none of it degrades?”

Solving degradation was their first problem, as lycopene exposed to sunlight begins to break down.

Dr. Sarvesh Srivastava — a researcher from the Technical University of Denmark and the lead author on the paper —saw the degradation as an opportunity rather than a problem.

When dyes like lycopene are exposed to light, energy from the light is stored as an energized electron. He suggested the team focus on capturing the excited electron released during degradation, and this became the team’s primary goal.

“What’s the best way to get that electron out?” said Yadav.

Extracting lycopene directly also causes degradation, an issue with current dye-based models. “Instead what we do is we leave the lycopene in place, we simply make the bacteria conducting,” said Yadav. “[This] is where the complete package comes together.”

To make the bacteria conductive, they coat it in titanium nanoparticles. “That is essentially giving it the medium to propagate the electron from the anode to the cathode,” noted Yadav, adding that the process creates a current.

Conventional dye-based solar cells rely on extracting dyes from a host — such as bacteria — and placing them into the cell. Extraction is inefficient since the dye degrades in the process. “By coating [bacteria] with titanium we have essentially short-circuited the manufacturing process. So we do not need to extract the dye,” said Yadav.

Using these methods, the team was able to create a functional solar cell that is significantly more efficient than other dye-based models currently on the market. However, Yadav notes that the model is in the beginning stages and has a long way to go.

Going forward, the team wants to explore materials with more conductive properties and dyes that are more light-sensitive. Yadav estimated three to five years before the technology could hit the shelves.

Yadav sees one of the biggest advantages of this system as its ability to be used in extremely low light conditions, an especially strong asset in industries like mining where conditions offer minimal light.

Yadav noted that all members of the team were crucial to the research, and that its success required expertise from many scientific disciplines.

“The pun that I use is that if we had not got this very versatile and diverse team, this invention would not have seen the light of day.”