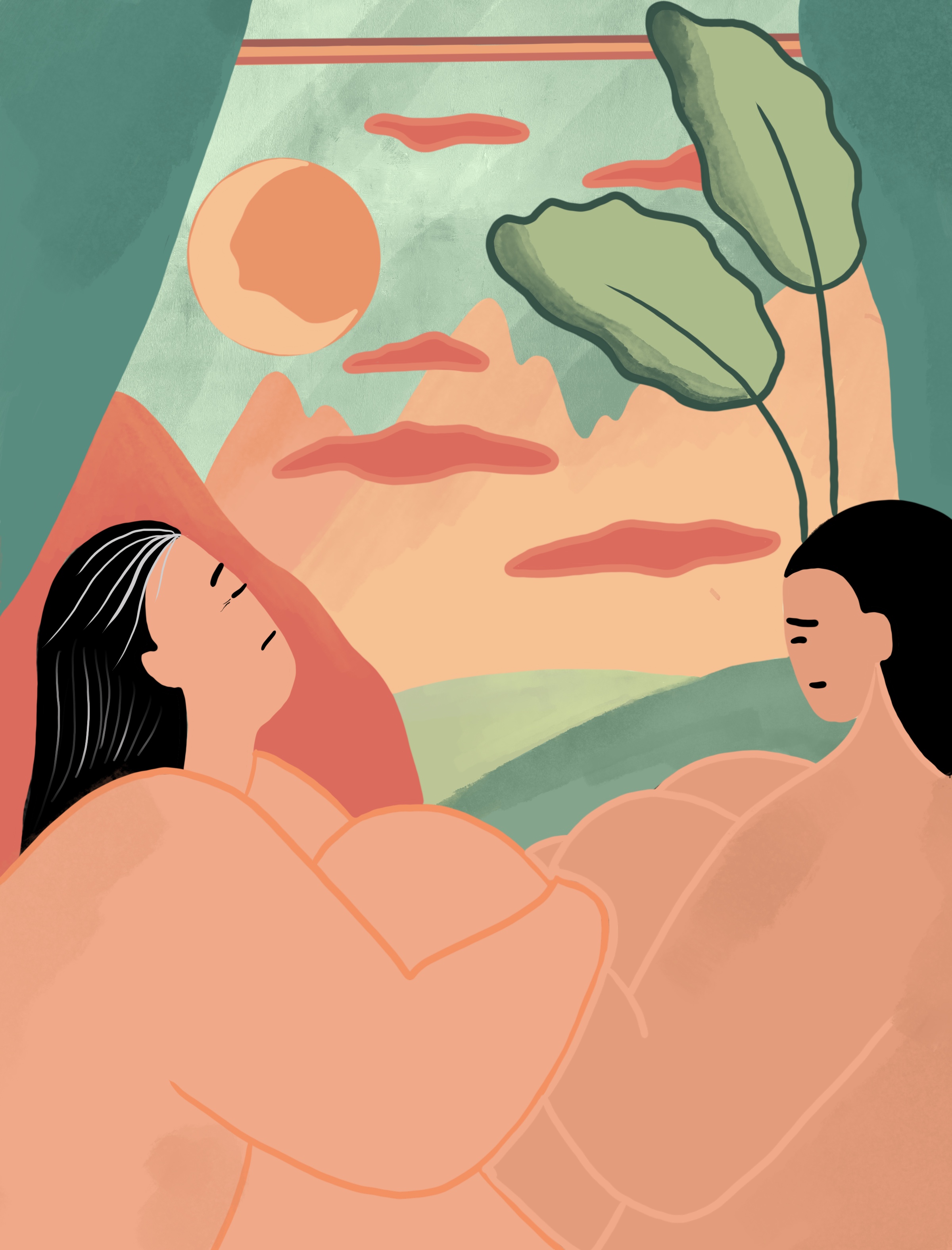 Mrs. Kim! Mrs. Kim!” People were screaming at me, shaking me wildly.

Mrs. Kim! Mrs. Kim!” People were screaming at me, shaking me wildly.

I thought to myself, ‘Did something happen?’

“Mrs. Kim, your body switch with Ms. Park has been successful. You have full access and authority over the body of Park Mirae. Do you understand?”

“Yes, I understand.” There wasn’t a single drop of saliva left in my mouth after the eight-hour-long operation. I stood up from the bed for the first time. Soon, I was walking. All by myself! As I filled my cup with fresh water, I saw myself in the mirror. A beautiful young lady with black hair, full lips and impeccable skin. I thought of how lucky I was to find a person like Mirae who was willing to switch bodies with an 80-year-old woman. I was sure I could live her life to the fullest.

The first place I visited was a department store. There, I bought a beautiful pair of red high heels, an elegant dress and a makeup kit. They were all the things that I wanted to have when I was 20 years old. Back then, I was busy saving what little money I had, but now I had a whole stash of money that I had to use before I died. Mirae had no taste in clothes anyway and she needed a change in style.

Then I took the subway for the first time in 40 years. There were tall buildings blocking sun lights everywhere. After a long, dark tunnel the train crossed the Han River that glinted in the bright sunlight. The river was the only thing that seemed to still welcome me after all these years.

Mirae had told me that I need to have a coffee chat with her high school friends from 3 p.m. to 5 p.m. By the time I arrived at the coffee shop, there were three girls waiting for me. They began to scream and yelp at me, “Oh my god, Mirae!”

“What did you do with your face?”

“Since when did you wear a skirt?”

I simply sat down and let them admire my beauty, “I know, I know.”

“You look like a grandma with that blue eyeshadow,” a girl with black lipstick and a nose piercing said to me.

“Wait... Something’s wrong with you today,” this girl was barely wearing anything except for a bra and a skirt. I felt nervous, so I started to gulp down the tea that was in front of me.

“Mirae hates that drink,” a girl with bangs and black eyes stared at me.

Next, I had to visit Mirae’s mom at the Severance hospital. It wasn’t exactly what I was looking forward to do, but I had to follow the rules. The very smell of the hospital made me want to run back to the doors and never return. As I walked through the hallway, I passed by a middle-aged man who was cleaning up his father’s feces smudged on the wall. I couldn’t believe that just two days ago, I lived here.

“You came again! We missed you last time!” A nurse grabbed my arm and grinned.

As I passed by the rooms in the corridor, I saw a name that was so familiar. I went back and read it carefully. It said, “Eunhye Kim.” A familiar pain pounded against my chest. I looked up to see the room number. It was 234. I dug into my pockets and pulled out Mirae’s memo that said the exact same number. I slowly opened the door.

The room was barely lit and there was an old woman lying on the bed with a huge needle in her arm. She was wearing a beanie similar to what I wore when I had chemotherapy 20 years ago. She turned her head towards me and broke into a huge smile. Her grin, which revealed her pink gum, reminded me of my baby. Then I knew who she was. My heart ached all over like I was 80 again.

“Mirae?” her voice trembled weakly. “Where were you last week? Why couldn’t you call me?”

“Sick? Where?” The flowers beside her were all wilted and smelled like rotten milk.

The small wrinkles around her eyes folded and unfolded as she bit her lips and put her hands through my hair.

“Did I...did I visit you every week like this?” I asked her.

“What is this? Are you teasing me? Yes, yes you are the good daughter,” she laughed between her raspy breaths. “You really are the best daughter in the whole world. I wasn’t half as good a daughter to your grandma,”

“Don’t say that,” I whispered into her ear. “Your mother was always proud of you and she loved you very much.” I couldn’t resist the tears and hurried out.

There wasn’t a moment to waste, so I ran. I ran as soon as I got out of the hospital and ran like it was the last time until I arrived at the centre. Mirae was lying there on my old couch watching the sunset. She didn’t seem startled when she learned that I was her grandmother. When I told her I wanted to switch the bodies again, she said, “I told you my life is boring.”

I knelt down in front of her and held her hands. “No, no, Mirae. Your life is beautiful.”

She looked at me with a startled look in her eyes, “Then why are you here?”

“Mirae, do you know why Han River never dries up?”

“What kind of question is that?”

“It’s because it goes along the current. It never stops running from east to west.”

“This body, your friends, your mother, they belong to you and you have to hold onto it while you have them so that one day, you don’t regret like I did.”

“She’s waiting for you.”

“I miss her every day,” Mirae looked at me. “What happens to you if we switch back?”

“I’ll find my own current,” I smiled and hugged her. I could feel her heart beating fast.

The next day, I was in the same operation room I was in three days ago. They erased all the manicure on my nails. I laid there naked on a hard-plastic bed and I had nothing to hold onto, just as when I was born. It was so cold that my teeth clattered.

Then they turned on the music: loud K-pop. I felt cold to my bones, but the doctors and nurses were singing together preparing for the surgery.

An anesthesiologist came in and asked me to say my name and date of birth, just like they did last time. I did as I was told.

Then they said, “Count to three.” 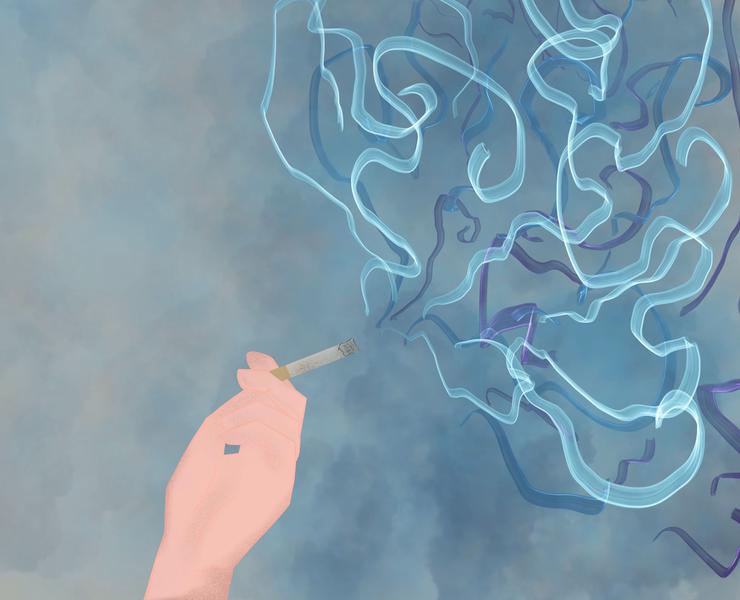 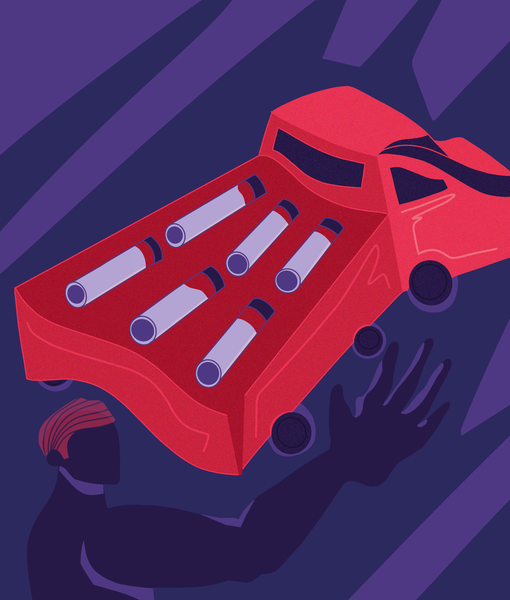 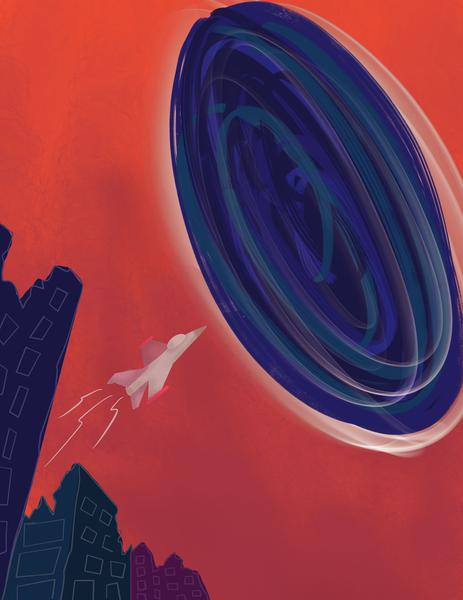