The final frontier: A look into the formation of galaxies 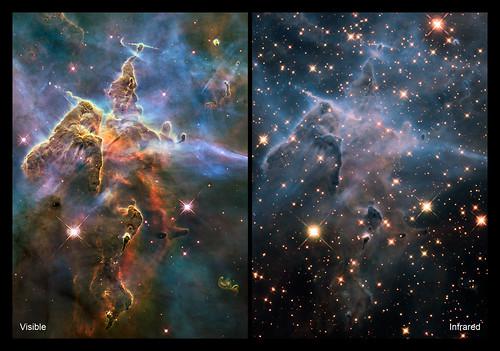 To understand the evolution of galaxies, taking a look at star formation might be among the brightest ideas.

The 2021 BC Galaxy Seminar Series, a joint endeavour by UBC, Simon Fraser University and the University of Victoria, hosts speakers discussing recent developments in the field of astrophysics. A seminar on July 21 featured Dr. Sandro Tacchella, an astrophysicist in the department of physics at the Ulsan National Institute for Science and Technology, who discussed his work relating to how galaxies grow and the nature of their star formation.

Early in their life cycles, galaxies have an abundance of gases and can readily form stars. Over time, as these essential gases are depleted, galaxies are “quenched,” meaning that they cease star formation and enter a stage of life known as quiescence.

Multiple processes have been implicated in the proclivity of galaxies to become quenched, and there is a significant diversity with respect to the quiescence of individual galaxies.

According to Tacchella, certain unique trends have emerged.

“When we look at the most massive systems … and we know that they need to quench very soon because they are so massive, we see that they have a reduced star formation activity in their core,” said Tacchella.

“And this is quite interesting because this implies that these galaxies are quenching from the inside-out.”

Tacchella presented examples of this inside-out first quenching being observed at redshifts of approximately one and two.

Redshift is a quantity that astronomers use to describe the distance of cosmic objects — as cosmic bodies move away from us, light waves which they emit are altered in a process similar to the Doppler effect. The wavelength of the resulting light waves are “shifted” to appear red, hence the term redshift. The further away a cosmic body is, the larger the redshift value, denoted by z.

In a publication from earlier this year, Tacchella and his colleagues utilized the TNG50 magnetohydrodynamical cosmic simulation alongside spectroscopic observations from the Hubble Space Telescope to discover one potential source for inside-out quenching: a supermassive black hole.

“What we find is that the black hole is mainly responsible for this signature of the reduced specific star formation rate in the core,” Tacchella said in his talk, referencing the TNG simulation data.

However, he explained that this inference is heavily dependent on the type of simulation used. Another simulation — called the VELA simulation — reproduced the inside-out signature using stellar feedback alone, without any influence by black holes.

“It seems that it is probably both — a combination of stellar feedback and the AGN feedback [which is powered by a supermassive black hole] that suppresses the star formation activity in the core of these galaxies and then throughout the whole galaxy,” said Tacchella, referencing a publication from 2019.

Diversity in the stars

In his talk, Tacchella discussed the diversity that exists between individual galaxies with respect to the timescale of their quenching and the “epoch” at which this quenching occurred.

Within a single epoch for massive galaxies, some individual galaxies quench early, while others quench later on. Some galaxies are slow to quench and others do so rapidly.

“There seems to be this really large diversity of quenching epochs but also quenching timescales,” said Tacchella.

He explained that multiple mechanisms can be implicated in this diversity, such as whether the onset of quenching is before or after the manifestation of the halo mass threshold (a theoretical dark matter substructure), as well as internal processes like black hole and stellar feedback.

To wrap up his talk, Tacchella featured some of the recent advancements that will help to push astrophysics research forward. One development is the James Webb Space Telescope, which is expected to be launched on December 18, 2021 and worth upwards of 10 billion USD.

Tacchella is a part of a team that will be using this telescope to conduct the largest survey of galaxies in the early universe, with greatly improved resolution. One of the events that is of interest to Tacchella is the reionization epoch, a period in the early stages after the birth of the universe in which the very first galaxies were formed.

“This [telescope] will help us to really find the first galaxies in the universe, but at the same time study galaxies during the epoch of reionization much better,” said Tacchella.

This article was updated to include the new launch date of the James Webb Space Telescope. Here’s hoping we see it launch in 2021!