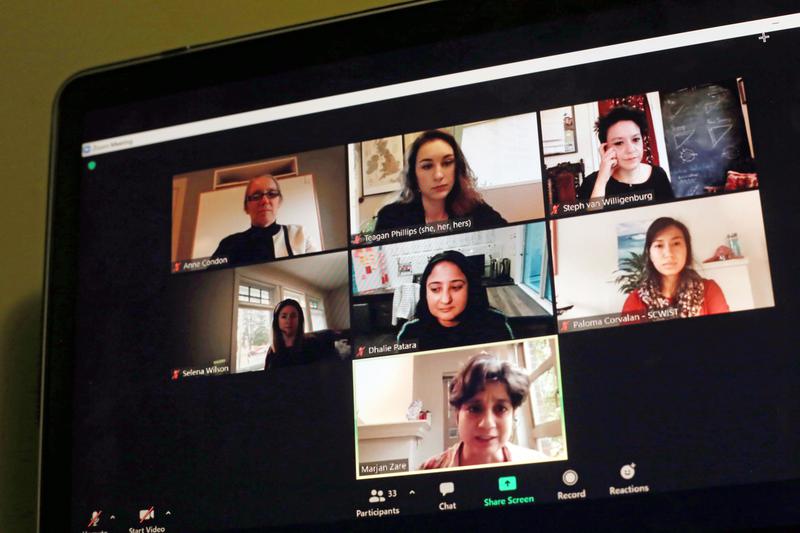 “Even if you’re in the undergraduate level, you’re in a role where you’ve already gone through high school … [and] where you can help mentor young girls.” Jasmine Foong

Three years ago, Teagan Phillips knew exactly three other people at UBC. She had just transferred from Okanagan College and was entering her second year as a physics major. Phillips noticed how, as a woman, she was always the minority in her physics classes. She also knew that this wasn’t an anomaly.

Although Phillips was new and didn’t know many people, she decided to take the initiative in addressing this problem in her field. She rounded up the three folks she knew and together they launched a club dedicated to reducing the gender gap in science, technology, engineering and mathematics (STEM) fields by inspiring young women to pursue STEM careers.

The UBC Young Women for STEM club was born.

Looking back, Phillips said that starting the club was the single “most worthwhile thing I’ve done in my life thus far.” Since forming, UBC Young Women for STEM (YWFS) has reached more than 1,600 students with its presentations. Last year, the club expanded its scope by putting on its first-ever conference, hosting attendees from all over the Lower Mainland.

This year, the UBC Gender Equity & STEM Conference hosted powerhouses from across industries to once again discuss the role of women and other marginalized genders in STEM. While the second conference was originally scheduled for March 2020, it had to be abruptly cancelled in the face of new COVID-19 restrictions. When it became clear that the restrictions on large gatherings wouldn’t be lifting any time soon, conference director Chantal Percival began exploring other avenues.

On November 14, six months after the originally scheduled date, the Zoom-based 2020 conference opened its virtual doors to roughly 50 attendees. Even though the event was on Zoom, the organizers used online polls and breakout sessions to keep the conference interactive. In total, nine different speakers spoke on a range of topics relevant to marginalized genders in STEM.

Dr. Stephanie van Willigenburg, a professor of mathematics at UBC, shared how her PhD advisor in 1998 told her that women couldn’t do math, yet she went on to win many accolades for her work in the field. Amanda Szeto, a fourth-year biology student and secretary of YWFS, had the same dream as her brother to grow up and become a doctor, but remembered being met with differing responses when they expressed these dreams. Cybele Negris, co-founder and CEO of Canada’s original .CA registrar, won the Canada’s Most Powerful Women: Top 100 award four times but admitted she still felt like an imposter in her industry.

The issue the conference confronted is what is known as the leaky pipe. As you move from undergraduate students to graduate students, to professors and finally to top researchers, the ratio of females to males decreases. Phillips noted in her presentation that only four per cent of all science Nobel Prize laureates have been women, even though 30 per cent of STEM researchers are women. 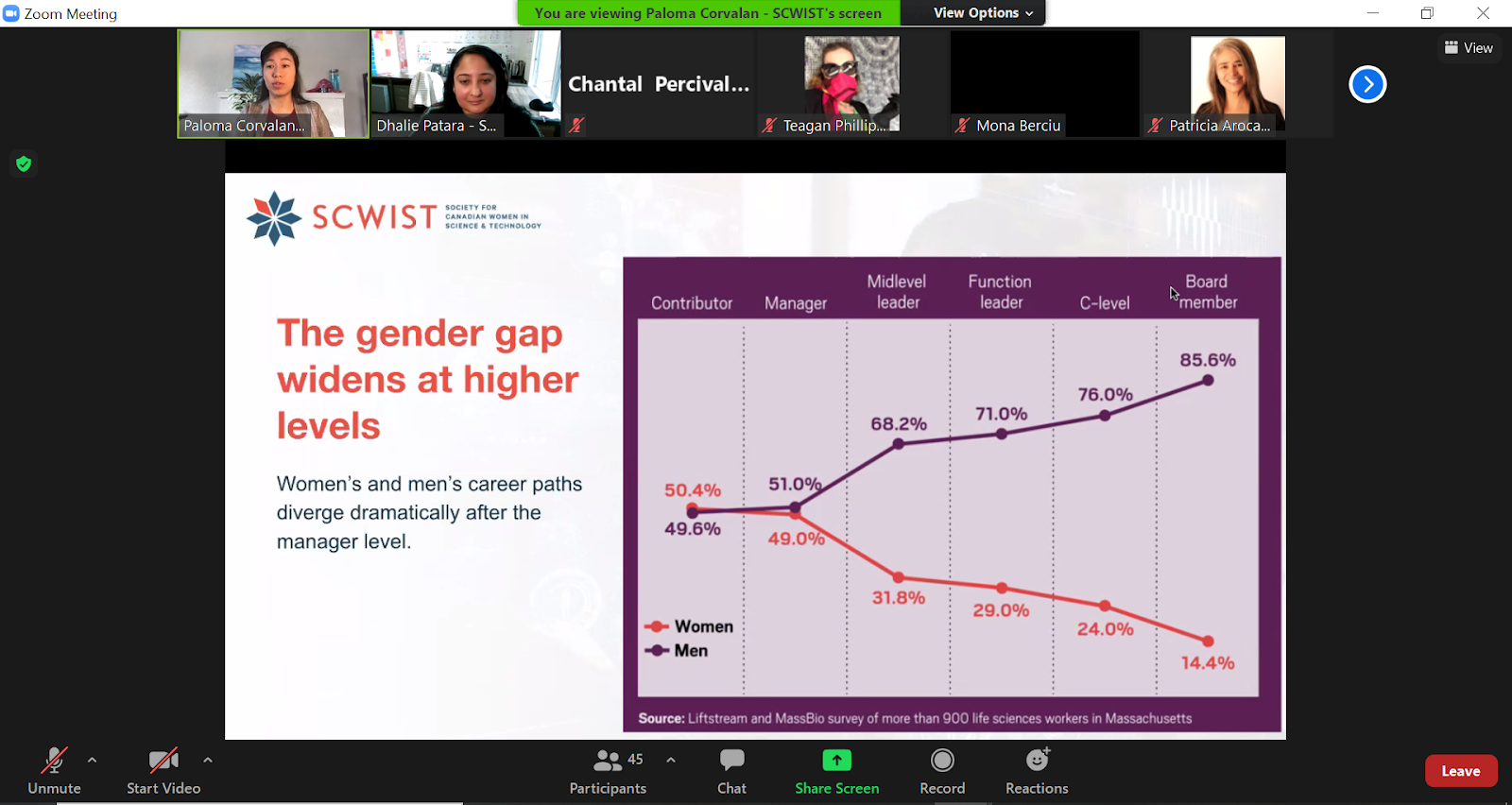 One of the causes is an implicit bias against women doing STEM-related activities that pervades our culture. Paloma Corvalan, one of the speakers and president of the Society for Canadian Women in Science & Technology (SCWIST), noted that if you ask a child to draw a picture of a scientist or mathematician, they are twice as likely to draw a man than a woman.

These unconscious biases are held even in the minds of women in the field. One of these psychological patterns is known as imposter syndrome — the feeling that you don’t deserve to be somewhere, despite all the work that you have put in to get there.

In a discussion after the conference, Corvalan shared how during high school she established a team to run for president, vice president, treasurer and secretary of her student council. Even though she did all of the organizing, she decided to not run as the president, but to put her male classmate into the position instead.

However, Corvalan got another chance while doing her PhD at the University of Queensland. When the elections came up for the school’s biology post-grad society, she fearlessly ran for presidency, and won the role in a group that was previously composed entirely of men.

One of the key themes that kept popping up throughout the conference was the importance of mentorship. Van Willigenburg highlighted the story of Emmy Noether, the famous mathematician who became a professor at the University of Erlangen’s Mathematical Institute even though it had been illegal for women to become professors before that time. She was able to get there because she had an amazing mentor that tirelessly advocated for her.

Corvalan challenged students not only to seek mentorship, but to be a mentor as well — to always be “looking forward and backward.”

“Even if you’re in the undergraduate level, you’re in a role where you’ve already gone through high school … [and] where you can help mentor young girls who are hesitating about what they want to study in,” she said.

At any point in their academic journey, said Corvalan, women are able to be a part of the large “chain of hand holding and supporting each other.”