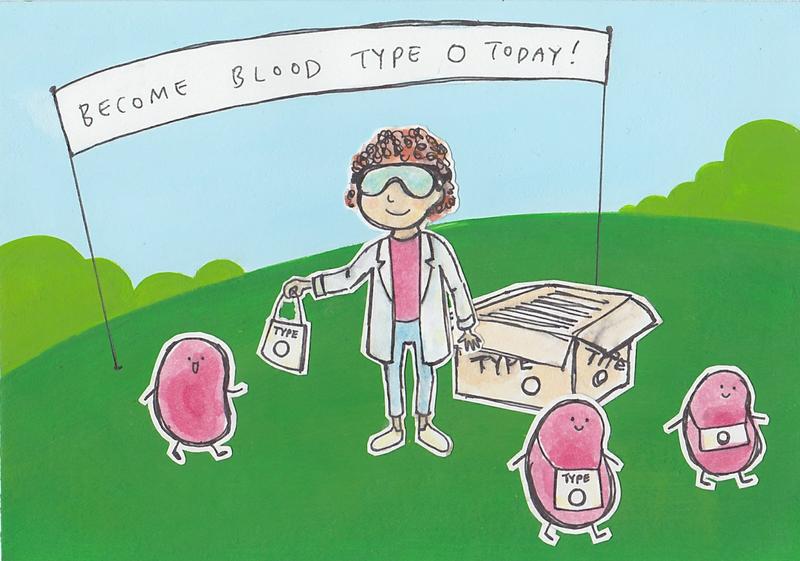 The nature of these blood types make it important to receive the correct type during a transfusion. Fion Fung

Imagine you were in a serious car accident, are in an ambulance on the way to the nearest hospital, and losing blood quickly. When you arrive in the emergency room you are given a safe blood transfusion within minutes without any medical professionals having to stop to check your blood type. This scenario is possible if the hospital you arrive in has type O negative blood on hand, since it can be given to people of any blood type.

This scenario might not always be realistic, however – according to Dr. Riyad Abu-Laban, an emergency physician at Vancouver General Hospital (VGH) and an associate professor and research director in the UBC department of emergency medicine. While VGH is fortunate to have “… the luxury of [the] very rapid ability to get types of specific blood,” Abu-Laban pointed out that even though VGH could face challenges during a shortage, the effects of shortages have a bigger negative impact on “smaller centres in resource-poorer areas and [during] things like disasters and global … blood issues.”

According to the Canadian Blood Services website, only seven per cent of Canadians have the highly desirable type O negative blood. Hospitals’ reliance on O type blood in these situations, paired with the scarcity of available donors, contributes to a supply shortage of O type blood and puts pressure on the hospitals with fewer resources available. UBC researchers have been working on a solution to this problem.

Dr. Stephen Withers, a UBC chemistry and biochemistry professor, and his team have identified a group of enzymes capable of converting all varieties of type A blood to type O.

Withers explained that the major principal blood types A, B and O “differ really only in the presence of certain monoclonal antigens on … the surface of the blood cell. These antigens are very specific sugar structures and O type has what’s called the O antigen on it [and] the A type blood has that structure plus an additional sugar attached to it.” In order to produce type O blood, Withers and his team identified an enzyme originating from the human gut capable of removing the antigens specific to type A blood.

The nature of these blood types make it important to receive the correct type during a transfusion. Withers explained that receiving the wrong type could result in a “bad [reaction] in the blood [since then] we have antibodies in our blood against the wrong antigen,” which causes an immune response.

Withers and his team identified a group of enzymes capable of producing type O blood from certain varieties of type A blood three years prior. However Withers explained that he and his team “[have managed] to… improve the enzymes nearly 200-fold,” resulting in a process that is now much more efficient.

In their previous study, Withers and his team used a process he referred to as “directed evolution, which is essentially performing the natural selection process of evolution.” However, the original group of enzymes that Withers and his team identified was capable of efficiently converting several of the subtypes of A but not all. This led to their more recent study in which the newly identified group of enzymes was found to work efficiently to convert all subtypes of type A blood into type O.

Withers said that this time “[they] took a completely different tactic, [they] decided that maybe mother nature had already solved this problem… and had already developed enzymes that could do this, so [they] went hunting for novel enzymes again, within the human gut microbiome.”

The challenges of developing a process to convert type A blood relate to how type A “ comes in many different flavours … what are called different subtypes,” Withers explained. “Those differences mean that [the] enzyme has to be able to handle all these different subtypes.”

When can we expect converted blood in hospitals? Withers says it might be a while longer since a lot of safety testing lies ahead in order to make sure their process is completely safe before clinical testing can begin and the blood goes anywhere near humans.

In the meantime, consider donating blood to Canadian Blood Services if you are eligible. For more information on blood donation, you can visit their website here.