Here's how that weird echoey spot on Main Mall works 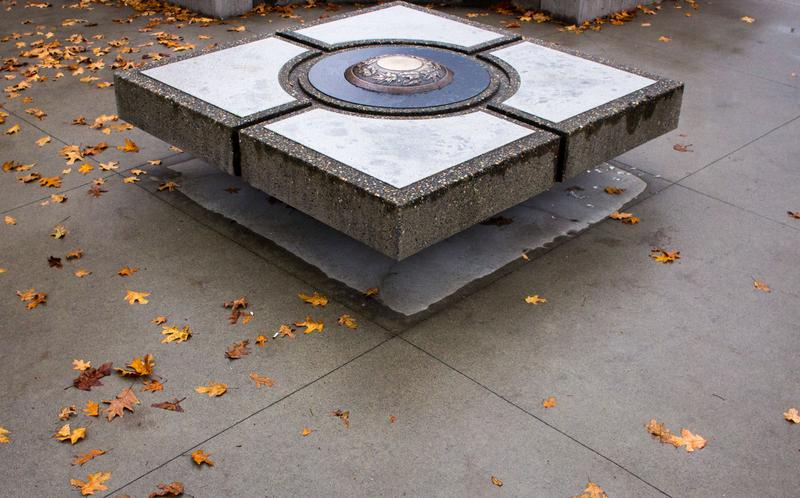 A circular bench in the middle of Main Mall would probably be the last thing you’d think of as an echo chamber and yet, such an oddity exists on campus, right beside Koerner Library.

While I, a self-proclaimed Hufflepuff, wants to believe that this phenomenon is due to the ghost of an over-enthusiastic Imagine Day leader cursed with an unresponsive group, the answer is much simpler than that.

“The key thing to remember is that sound travels as compression and expansion waves in the air,” said Dr. Jared Stang, a postdoctoral fellow in the physics and astronomy department. “The neat part about those waves is that they don’t care much about direction. They come out of your mouth and they expand spherically away from you, going in all directions at once.”

As these circular waves spread, a portion of them inevitably hit the benches and that’s where the magic happens.

“The sound that’s going straight towards the flagpole or up the sky — that’s gone. It’s that sound that goes down towards the benches — that’s what is reflected back to you.”

Another crucial part of the chamber is the pedestal near the centre. It wouldn’t work out as well without the centre pedestal, said Stang. “When sound waves reflect off walls, they don’t necessarily reflect back the direction they came, but rather reflect at the same angle.”

It is the pedestal that allows these waves to turn around and go back to the source, positioning the speaker in such a way that the sounds they produce bounce perfectly off the benches.

But the benches and the pedestal alone aren’t enough to create this both eerie and interesting occurrence.

“The whole thing is setup in a circle. That’s where the interference part matters,” said Stang.

The entire chamber is arranged so that the interference of the outgoing and reflected waves creates the echo you hear when you shout when standing at the pedestal. Had the benches been arranged differently — say, into a square — sound wouldn’t have been reflected nicely.

It’s this circular shape that allows your voice, and only your voice, to echo when you’re at the centre of the benches — the interference drowning out your friend’s squeals about how their crush just double-tapped on their selfie.

So there you have it — the echo chamber demystified. If you have any other campus mysteries you want solved, feel free to send us an email. In the meantime, I’ll be at the echo chamber, repeatedly reassuring myself that despite what Pottermore said, I am not a Gryffindor.