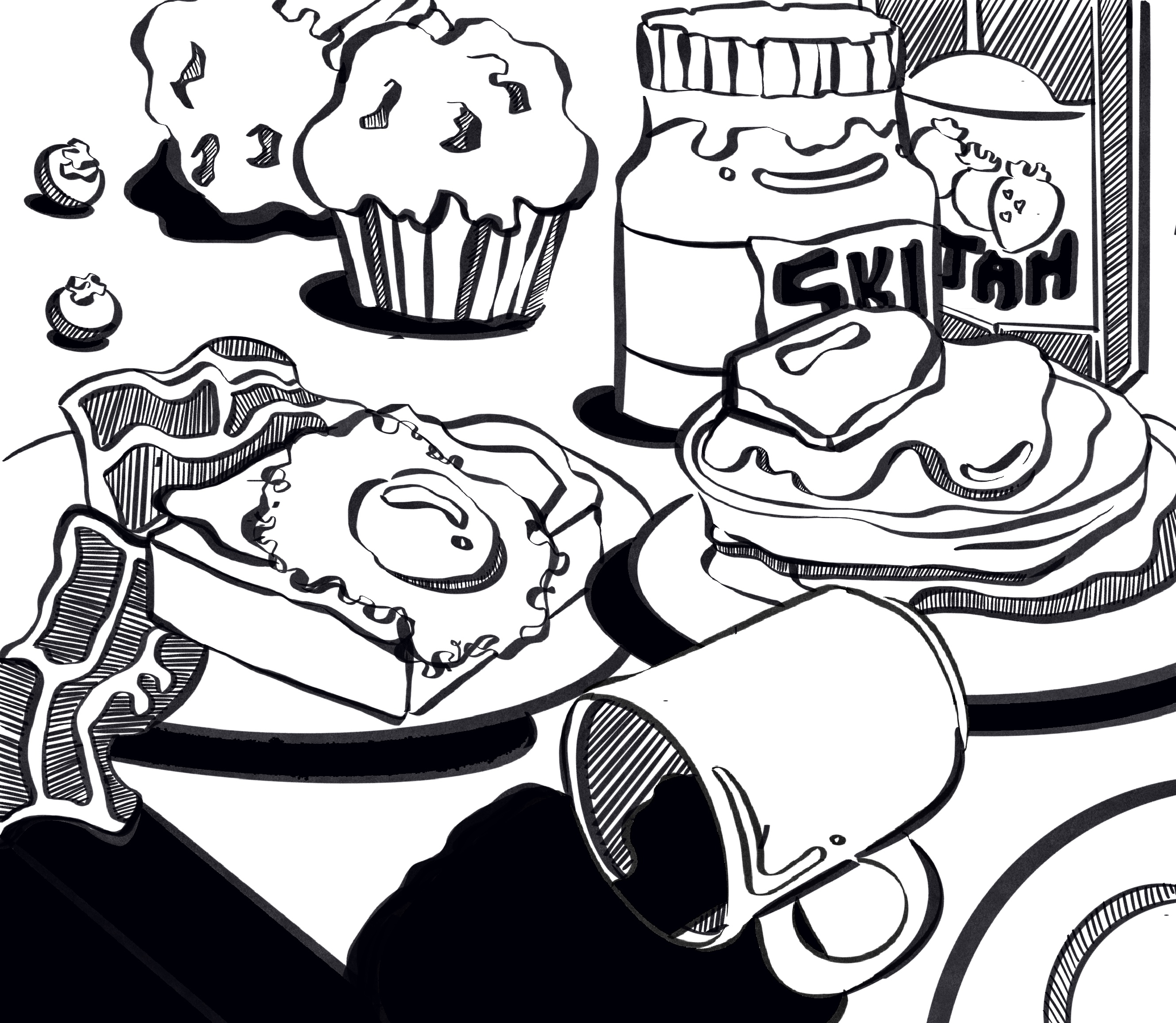 Johnny was a chef by trade. Heat was his living. He tasted it in fire noodles and spicy beef. He felt it every time his hands hovered over a wok full of fried eggs.

It was late at night. The sky was cloudless; the moon hid its face from the earth below. The only lights in the neighbourhood came from the occasional streetlamp. Other houses in the suburb existed solely to absorb the lonely sounds of the night.

It was 2:47 a.m. and Johnny was washing dishes. It helped him focus. He carefully guided the yellow sponge across the old pans and dirty dishes. Water rushed out of the spout and steam rose quickly from the sink. At times, soap bubbles would slip towards the sink strainer. They would swell and shrink and swell again; they felt alive.

Johnny stopped for a second and let the water roll over his hands. He felt the pressure of the water; it pushed slightly and flowed and roamed across the back of his hand. Steam rose from his knuckles and his skin turned as red as barrackpore peppers. He waited for something to happen. A change. A tinge. A shade of something familiar. But nothing. Pressure was all he felt. Pressure. Just then he heard a small beep from behind his neck. It was quick and quiet but he knew what it meant. He sighed, stopped. The spout stopped spilling. The bubbles stopped breathing. Two small stacks of plates still stood tall on the ledge to the left. Another small beep came from his neck. Johnny walked to the living room.

In the living room, Johnny passed by the Sync-Plug. He had made a bad habit out of not plugging in. He wanted to see how long he could last without re-syncing; it was his own little experiment. His doctors would disapprove. Instead, Johnny just sat on his black leather armchair, something he bought off an old head chef. He ran his fingers over it. He felt the resistance of the leather as he pressed the tips of fingers into it. If he focussed he could feel the small wrinkles in the material from its years of use. But he could not feel its heat, or lack thereof. Technically speaking, he couldn’t feel pain. A common side effect of his new Rotcherson-Freeman NuBioTM spine. Sure, it was life-changing. He could walk for the first time in years. He could run. He could leap. Live, as the surgeons and marketing managers would constantly remind him. But every step he took was just a living proof of concept to them. They reduced his loss, his pain, into potential profit meant to line the pocket of some pharmaceutical CEO. He hated it.

He could still remember the sensation of everything below the T4 vertebra being crushed. In that moment, he understood the plight of an eggshell. All the safety protocols and robotic laws in the world apparently couldn’t stop a 30,000 pound bus from hurling itself into him like a meat tenderizer. He remembered waking up and gripping the plastic bars by his hospital bed so tightly he almost broke his fingers. The pain of the scalpels and injections always lingered in the back of his mind. He even memorized the heat that his palm captured holding paper cups full of hospital coffee during late nights in physio. Now, he couldn’t even feel the coolness of his couch. He missed it sometimes.

Two small beeps snapped Johnny out of reminiscing. The clock on the wall said it was 3:36. His eyelids felt heavy but he wanted to finish the dishes. It gave him something to do between check-ups. The beeps repeated twice more and they seemed louder — an urgent reminder to plug in, if he remembered correctly. This was now the longest he had gone without plugging in. A small knot of excitement and tension was building at the bottom of his stomach. On his way to the kitchen, he ran his hands along random things: painted drywall, wooden door frames, kitchen counters. He could feel texture and pressure and weight but nothing beyond that. Even on his best days with his neural-sensitivity at its maximum, he could only feel pinpricks of something resembling sensation. At the sink, he turned the hot knob to its max.

Again, the water ran down the spout, steaming up the nearby glasses. Most people would recoil their hands. Not Johnny. His hands were red. Swollen. They looked like tomatoes. He was using the scouring pad on the sponge. Scrubbing and scratching. Scratching. At times, the plate he was holding would slip and Johnny’s knuckles would catch a few scratches from his scouring pad. He always stopped himself before the skin broke and let some blood out. Like tomato juice.

Johnny was a chef by trade. Heat was his living. He tasted it in fire noodles and spicy beef. He felt it every time his hands hovered over a wok full of fried eggs. He saw it in his eyes whenever he washed his hands in the sink and looked up to see the mirror. He fell in love with the feeling when his dad left him alone with the grill for the first time. He burned some ribs and chicken legs that day. Maybe it was the roar of the propane flames or the way that the fat danced but something in its heat called to him.

Three beeps dragged him from his daydream yet again. But this time, he couldn’t ignore them. They were louder than before and they kept repeating. It hurt his ears. He began walking towards the Sync-Plug when, all of a sudden, he felt like someone whacked a baseball bat behind his knees. Immediately, he fell to the ground. The plate he was holding shattered underneath him, creating a flurry of morbid snowflakes. For the first time in a long time, Johnny couldn’t feel his legs. He felt heavier. His mind snapped back to the months of physio after getting this spine, constantly falling to the ground. He thought of immediately after the crash, laying on the asphalt seconds before his brain shut itself off. Once again, he felt like a cracked eggshell. As if on queue, his brain began pumping itself with adrenaline and cortisol. He felt hopelessness, anxiety, fear. But still no pain.

Johnny had dragged himself back to the living room. The clock on the wall revealed that it was 4:17. Behind him were thin streaks of blood from where his limp legs had dragged. His arms were tired. His lungs felt flat. His mind was filled with what-ifs and worst-case scenarios. He hated it. He grabbed the Plug from off the table and carried himself onto the armchair. After lifting his shirt, Johnny began searching for the entry plug in his spine; his fingers brushed along his back the same way a child would fingerpaint. He found the plug right at the base of his neck. He slowly plugged in the Sync-Plug. Bang! His muscles went stiff and it felt like every neuron, every nerve fibre began lighting up on fire. A flow of electricity burnt its way from the top of his head, travelled through his spine, and exited out his feet.

Immediately, Johnny was aware of the soreness in his arms. He felt the blood pushing against the veins in his hands. His hands felt like they had been stung by a hornets’ nest. He noticed the small shards of glass in his legs and the open wounds they caused. They stung like gnats. He could feel the cold metal of his robotic spine against his erector-spinae muscles. It was as if his brain was overcompensating for all the sensation he could not feel before. It was blinding. Johnny closed his eyes and let the wave of sensation ebb and flow. He felt it crash into him over and over.

Just as quickly as it had started, the feelings dissipated. He didn’t notice at first; he was still high from the burst of dopamine and adrenaline. But slowly, he noticed that his hands began to feel less hot and his legs began to feel less pained. He started hyperventilating. No. No! He clawed at his limbs, at his back, at the Sync-Plug. The brief splinters of pain those scratches caused disappeared faster than steam. He got up and immediately felt the glass shards in leg poke at his muscles. Yet, that pain slowly numbed itself away. As best as he could, Johnny began walking to the sink. He wobbled and shook and, at times, his legs would just stop moving; he wasn’t properly synced yet. He didn’t care. When he stepped over the glass shards in the kitchen, his pain response was minute at best. The sensations in his body evaporated with every passing second.

At the sink, he turned the hot water knob as far as it would go and stuck his hand under. He wanted this to be his last feeling. Heat. Fresh heat. It had to be heat! Please. Under the tap, all Johnny felt was water pressure. 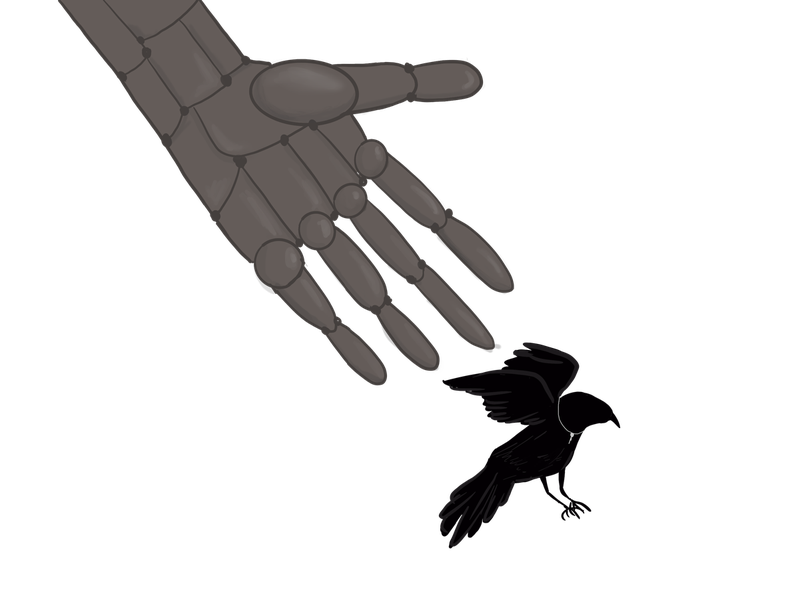 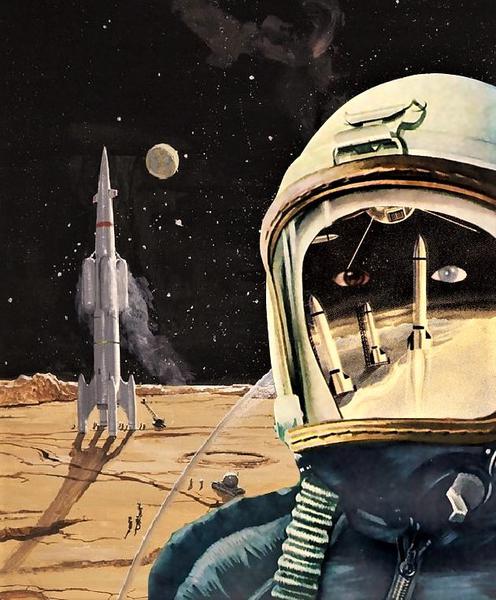