Humans are driving evolution in BC and across the globe 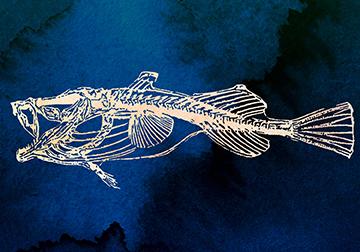 From a small lake in BC, to the rest of the world: how humans are responsible for the disappearance of biodiversity

The proposition that we have now moved into in an epoch known as the Anthropocene — where the Earth’s geology and ecosystems are being significantly impacted by human activities — is being more widely accepted throughout the scientific community. New research from UBC on two species of the three spine stickleback further supports this transition.

All species in an ecosystem occupy a specific role, known as a niche. One of the two species fed near the shore, the other out in open water. The arrival of the crayfish sent this once peaceful ecosystem into imbalance and what has happened to — or rather between — these two species left scientists vexed. Instead of completely disappearing, the species began reproducing with each other at a high frequency, leaving behind a new hybrid species. This is a process known as reverse speciation. Shortly after humans introduced crayfish to a lake in BC, the two three spine stickleback species went extinct... sort of.

“It’s kind of like mixing two colours of paint,” said Seth Rudman, a PhD student at UBC’s department of zoology. “So you have red and blue, they’re separate. And all of the sudden when they start to bleed together, you end up with purple.”

Rudman and his team have documented how this transformation from the two three spine stickleback species into a hybrid has impacted the ecosystem and have published their findings in Current Biology.

But this goes beyond our small lake in BC — this is a global phenomenon.

“There’s just a massively growing number of cases. In the last four years alone, there have been a dozen cases of reverse speciation, all of which have had human impacts behind them.”

Beautiful antelopes in South Africa that attract tourists from all over the world are now hybridizing. Island populations that used to be separate have begun interbreeding, like certain ducks from New Zealand. The declining population of wolves has led them to mate with coyotes. Environments are much more connected due to human activities, leading to a massive increase in gene flow.

The new interconnectedness of populations caused by human activities is leading to a decrease in our planet’s biodiversity. A lot of the younger species, that are still able to mate with other similar species, are being swamped out. Rudman believes that each species holds an intrinsic value to the ecosystem they inhabit. They represent a unique biodiversity.

Canada itself has fallen victim of reverse speciation on several occasions. A lot of its biodiversity, specifically in fish, is similar to the stickleback. Canada has been covered in glaciers up until 12,000 years ago. This makes its fish populations very young and still able to exchange genes with one another. Fish like the Westslope cutthroat trout and the regular cutthroat trout, when brought into contact with each other or if the environment is disturbed, can hybridize.

“It’s a particularly vexing situation for Canadian biodiversity. This reverse speciation is something that people haven’t been looking at for very long. It’s hard to know if it’s happened unless you’re watching.”

Perhaps it is time for us to consider evolution in our conservation efforts before too much of our planet’s biodiversity is gone.