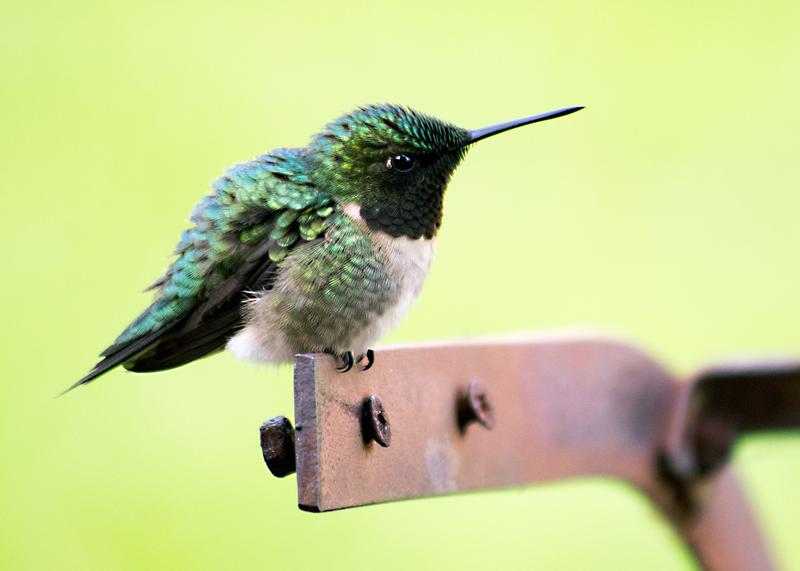 “It's hard to describe what blue looks like to somebody. It's even harder to describe that when you can't speak to them.” Bailie Bracken/Pexels

A recent study published by the Proceedings of the National Academy of Sciences of the United States of America has found that hummingbirds have the ability to see colours that the human brain is incapable of even imagining.

According to Harold Eyster, UBC PhD student studying biodiversity and nature conservation and co-author of the study, this is possible due to the presence of an extra fourth cone — photoreceptor cells in the retina that are responsible for colour vision — among hummingbirds which allows them to see ultraviolet (UV) light.

“Birds have a fourth colour cone; so not just blue, green and red, but also ultraviolet. That gives them a whole other dimension of colour, because now they can create every combination of colour with that UV,” Eyster said in an interview with The Ubyssey.

The experiment was conducted high up in the mountains of Colorado at the Rocky Mountain Biological Laboratory. The experimental trials began in the summer of 2016 when the birds had migrated back to the field site. They were conducted several times over the following summers in order to ensure accuracy of the results.

The researchers occasionally switched the tubes, so the birds could not simply use location to determine the sweet water. After a couple of hours, the researchers noticed that the hummingbirds flew straight to the sugar water.

“I could look at the lights and they look identical to me. If you told me they were different, I would not believe you,” said Eyster. “But I could watch the birds flying and choosing the UV [apparatus] each time. So they were able to see that they were different.”

One example of a non-spectral colour that humans are able to see is purple. It is formed when blue (short-wave) and red (long-wave) cones are stimulated, in the absence of the green (medium-wave) cone stimulation. However, birds have the ability to see up to five non-spectral colours: purple, UV Red, UV green, UV yellow and UV purple.

These findings are not limited to hummingbirds. The researchers believe that many other bird species have the ability to see a dimension of colours beyond those visible to humans.

“We chose hummingbirds because they're already queued in on colour. They're flying around to different flowers and they're picking these bright coloured flowers out from the background … [T]hey're already thinking about colour as a cue for food,” explained Eyster.

Unfortunately, it is unlikely we will be able to decipher what these unique colours may look like.

“We can't know exactly what the colours look like to them. It's hard to describe what blue looks like to somebody,” said Eyster. “It's even harder to describe that when you can't speak to them.”